Bruce LaBruce is a continuous art showcase and a reference for queer culture. From one project to the next, the artist, writer, filmmaker, photographer and director has always navigated different topics with a distinctive provocation. In the world of LaBruce, there is no space for tabúes, probably nor for strict labels to define his creations. A versatile icon, a controversial manifesto, and a character brimful of critical thinking that has provided cultural statements for the past four decades.

In 2022 LaBruce published two volumes of ‘Photo Ephemera’ together with Baron Books. A project that brings into the audience the possibility of being an invisible spectator of Bruce’s life and career as the photos are a curation of his personal and private snapshots, lovers, friends, trips, behind-the-scenes, and casual portraits. Taken over the years and in different cities throughout the world, ‘Photo Ephemera’ offers a visit to ‘my messy gay archives’ as LaBruce defines. 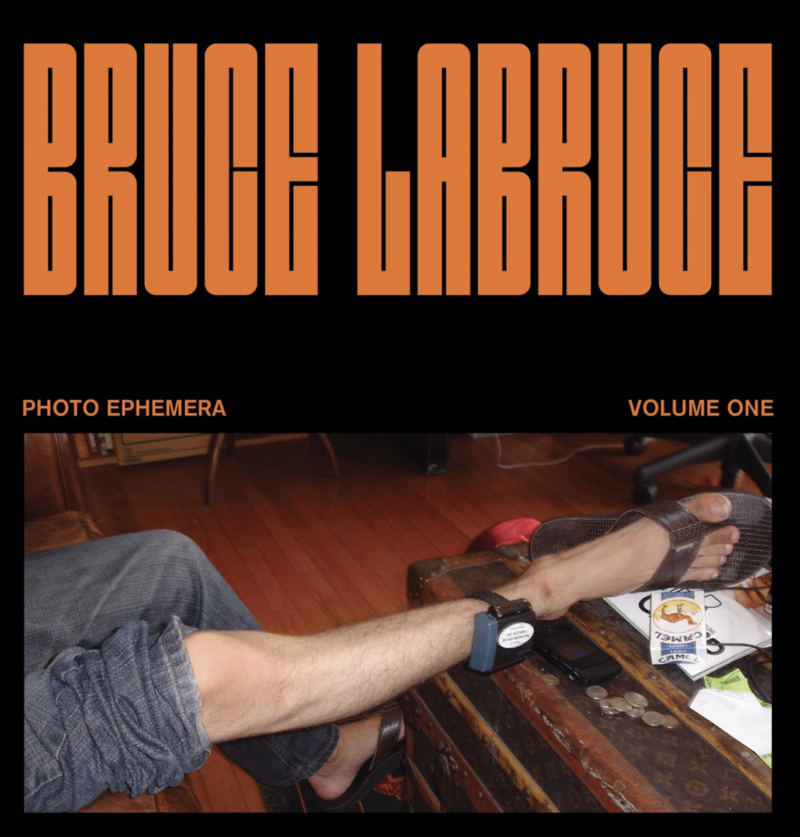 It has been a very busy year, traveling a lot lately. I just got back from my last trip to Madrid for a week where I was shooting the cover of Dust Magazine with the actor Manu Ríos. That was fun but since September I have had five trips so it feels a little burnout. I am trying to take it easy at the end of the year.

I guess it also has to do with the world trying to overcome the pandemic which changed a lot of things. How was it for you?

Initially, Covid hit us in the middle of the post-production of the movie I directed Saint-Narcisse (2020), so after the first reopening, we were able to go back and finish it. After we premiered at the Venice Film Festival during the summer of 2020 and soon after everything closed again. I didn’t take another trip until the next spring in 2021 to the Munich Film Festival, so it definitely had an impact.

But I also used the lockdown to put together ‘Death Book’ with Baron Books and that went great. This year I had two retrospectives, one in Montreal at the Quebec Cinematheque that went on for a month and a mini-one in Mexico City at Cine Tonalá which also included a masterclass. So it has been intense even with the pandemic in between. 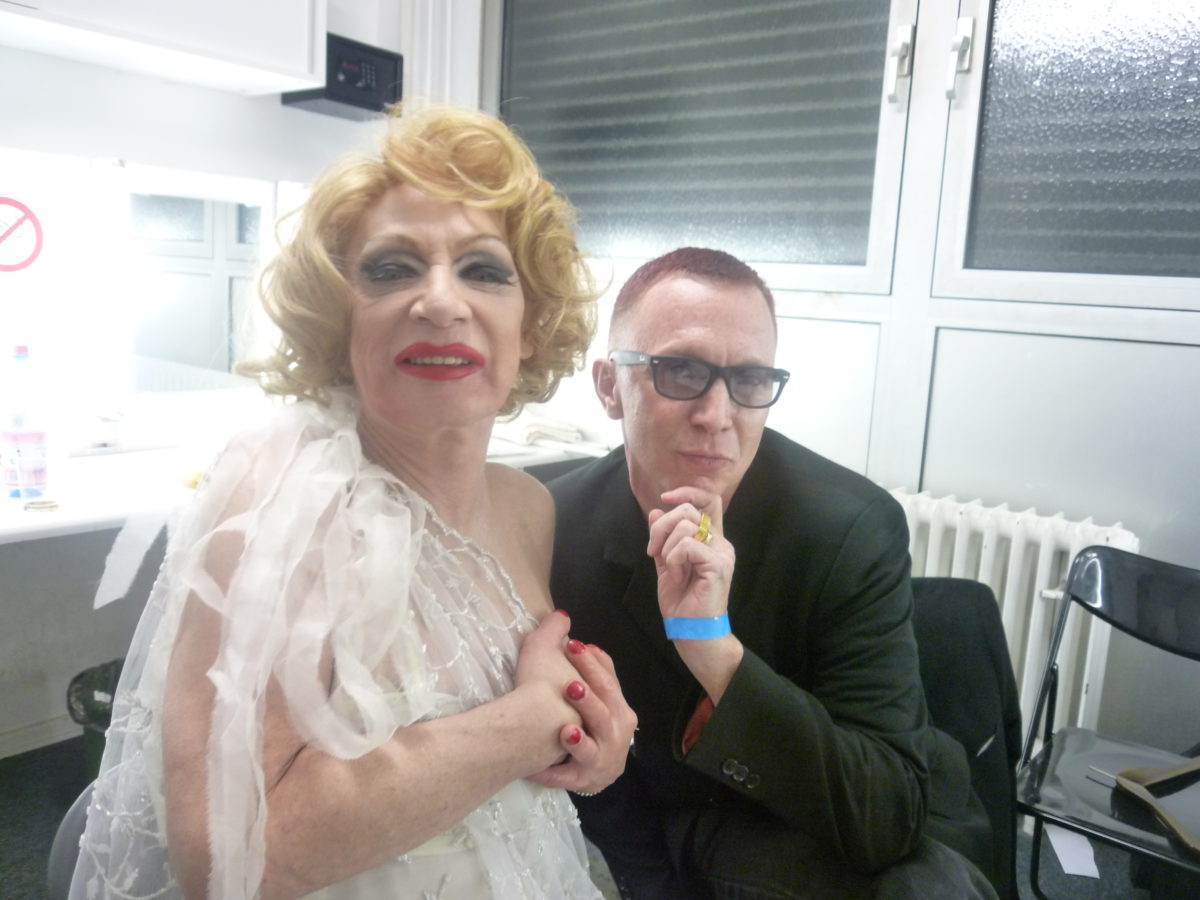 Among all the intensity of the past years, how did ‘Photo Ephemera’ start? How would you describe this project to someone that hasn’t seen it?

After the success of ‘Death Book’ Matthew from Baron Books asked to come up with an idea to follow that up, maybe something less intense than that project. I proposed to him to make a book with my digital archive using photos I have taken for decades, some of them never published. It is like a personal diary of what I was doing between the late 90s to 2011-2012’ ish.

I always explained that back in the days when phones were only for calls I carried my camera in one pocket, and the mobile in the other one. These archives are from my Olympus 35mm point-and-shoot film camera. It is mostly casual photography, stuff that was taken spontaneously in a club, or in a hotel with a rented hustler, in or with friends from a particular event, or backstage at a concert. ‘Photo Ephemera’ also has portraits of friends like Genesis P-Orridge or people I’ve met like Karl Lagerfeld, snapshots of ex-lovers, or even of my dad. A curation of my gay messy archives that have been sitting in external drives for years.

In the era of smartphones, I think there is a new definition of photography. These days you can take a photo from a phone or an iPad but it is not like with a proper camera. It’s a screen – you don’t look through a viewfinder. All the photos published in the two volumes of ‘Photo Ephemera’ respond to a previous time in photography, it’s more like a classical way of taking photos, where you are more conscious of composition, the aesthetics, and not just randomly capturing moments.

The narratives of your work since the 80s in films, books, fanzines, and photography have treated topics related to subcultures, or things that could be perceived from a conservative perspective as ‘provocative’. Having seen a lot, what still surprises you?

I would say the direction that social media has gone in is more disturbing than anything else you can think of. I think they have turned somehow into a quasi-fascist tool in the way they police people and imagery. They shadowban artists and content, they regulate what people can see through different algorithms. The ultimate effect of all this is that we start censoring ourselves, otherwise we cannot access these platforms, which creates an effect on the entire culture as everyone is constantly second-guessing their posting decisions in order to not be removed.

Back in the 80s, we were doing what social media is doing now. My friends and I in the queer punk scene used to take photos of our friends and ourselves doing crazy things, getting our nipples pierced, going to punk clubs, having sex, whatever. Like social media these days, we were also creating  personas or avatars of ourselves, like Bruce LaBruce, but then we would publish everything in our fanzines, a DIY publishing platform independent of any corporate entity, more in the underground. Today these platforms are able to control your participation in them, and that is problematic. 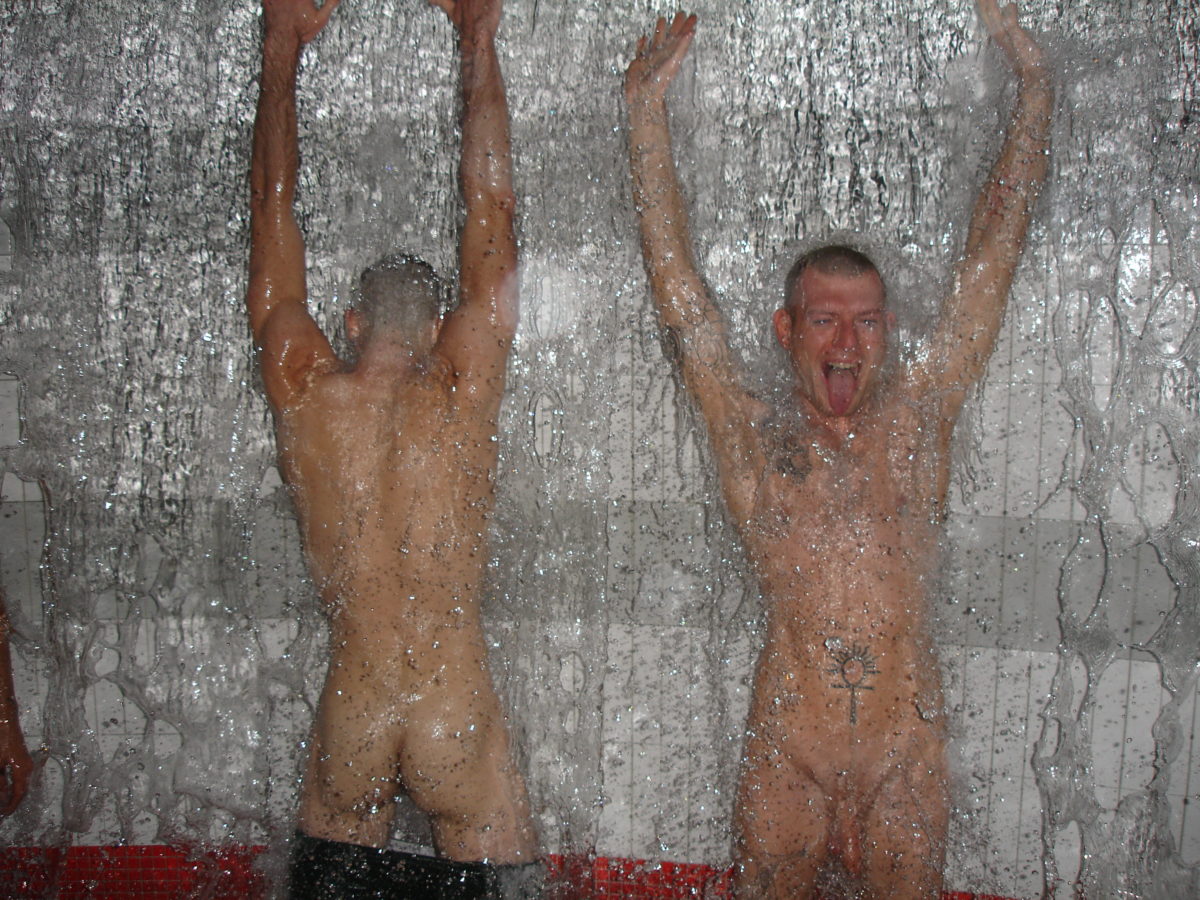 You were recently banned from Twitter after posting a picture of the ‘Death Book’. Is this related to what you are describing?

Apparently, I got banned permanently, we will see. I published an image that was very extreme, but certainly consistent with my artistic practice. I probably fell into a false sense of security when Elon Musk, after buying the platform, said that Twitter will be a place of absolute free speech. So it didn’t occur to me that there was going to be a problem. These days he is banning journalists that have reported negatively about him, so it’s hypocritical that we all participate in social media anyway. I guess if you participate in it you deserve what  you get!

On one hand, Twitter has been the one platform where I can post more extreme or sexually explicit content. But it’s also a channel that has been encouraging hate speech and negative influences in the culture through its algorithms. I think that is more disturbing in terms of morality than any kind of idea of sexual images or being naughty. It’s a malevolent influence, so maybe being banned from it is a good wake-up call to be more autonomous and not rely so much on these platforms.

In that sense, how do you perceive other social media platforms like OnlyFans? 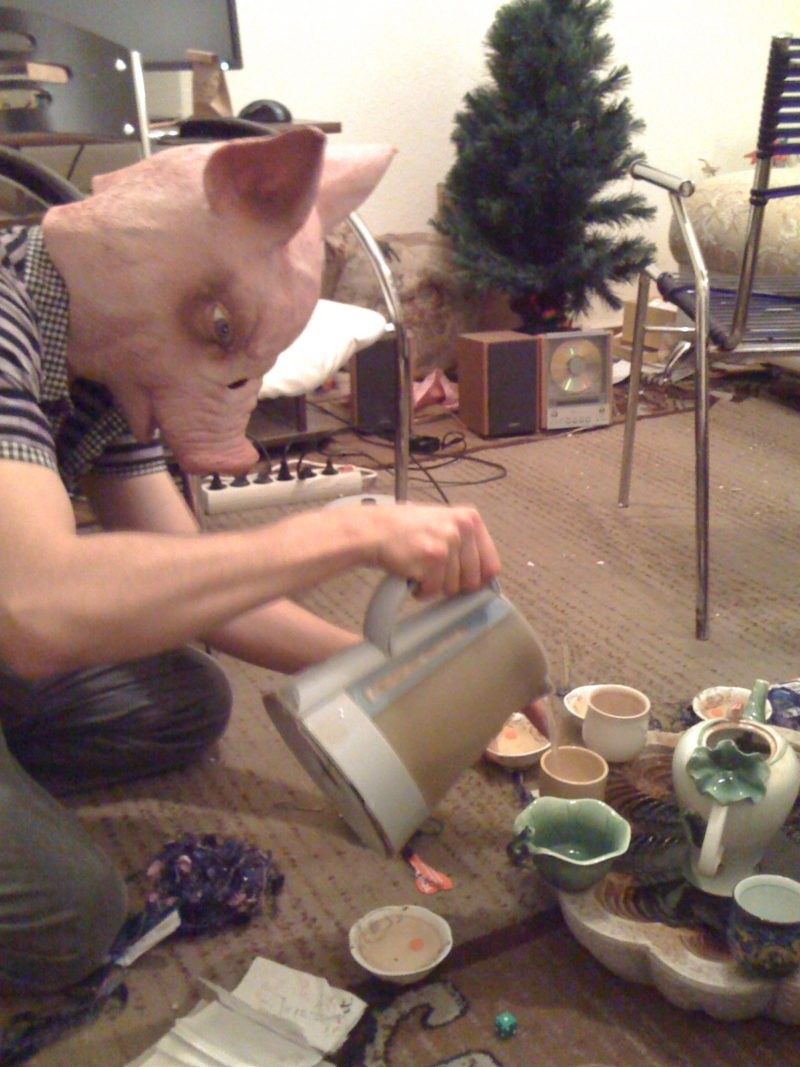 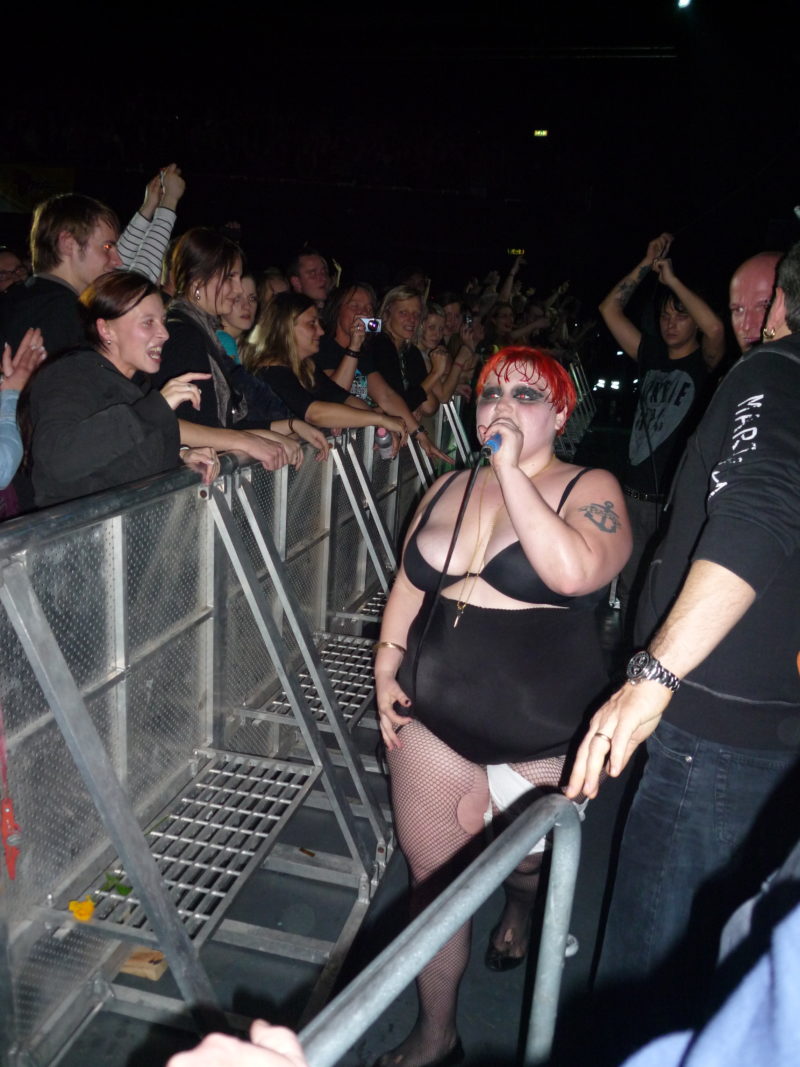 Reviewing different interviews of you, during your life you have explored different subcultures but have always been also critical of them. What bores you about people?

Narcissism. Complete unbridled and unrestrained narcissism bores me a lot. This idea of constant exhibitionism. the need to expose every detail of your private and personal moments. People taking selfies all the time to expose themselves constantly to the world makes me wonder sometimes if there is any core of anything left.

Parallel to that is the new maximalism, which is getting on my nerves too. Thinking that by throwing everything and the kitchen sink into what you are doing will add something new is misguided. It’s like ugly fashion, or trying so hard to be sexually provocative that it becomes unsexy. The ‘trying so hard’ thing is very boring and aesthetically impoverishing. 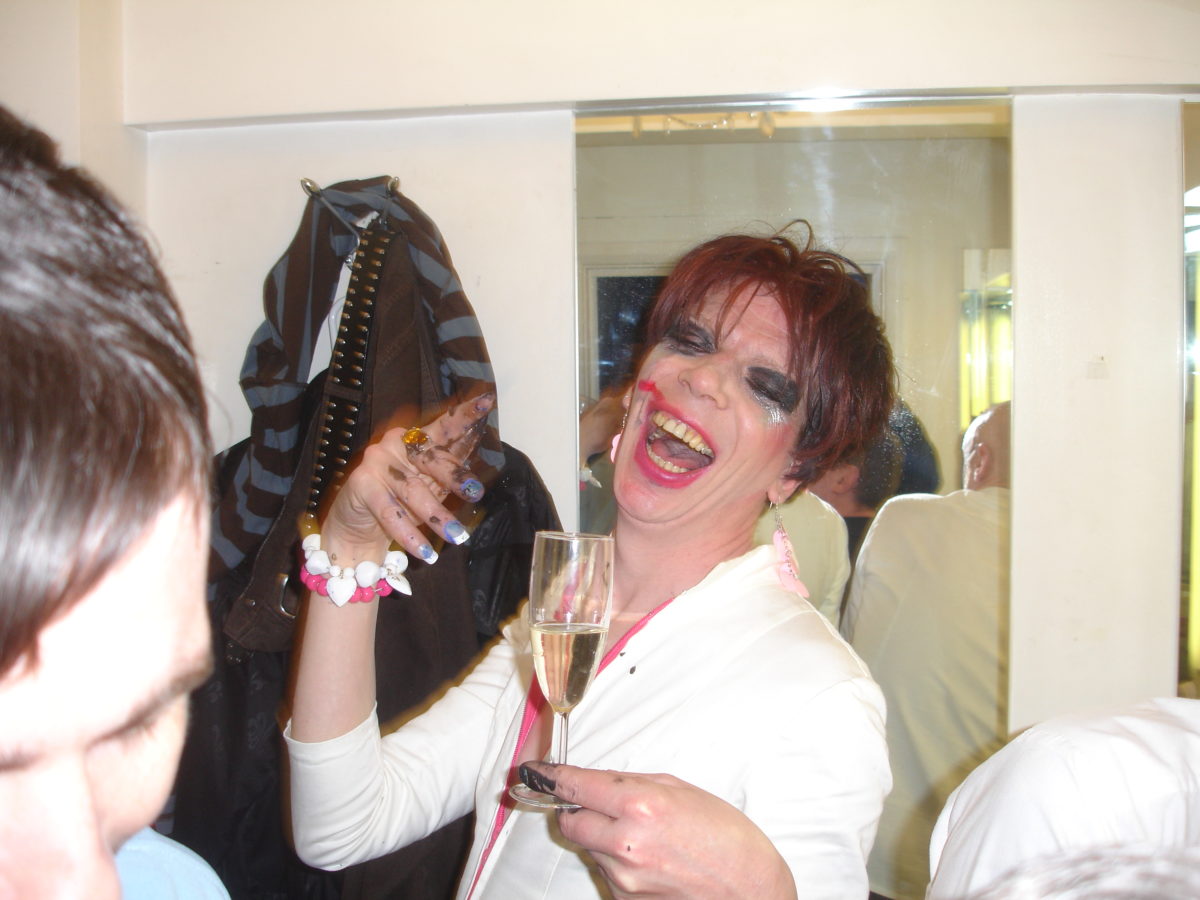 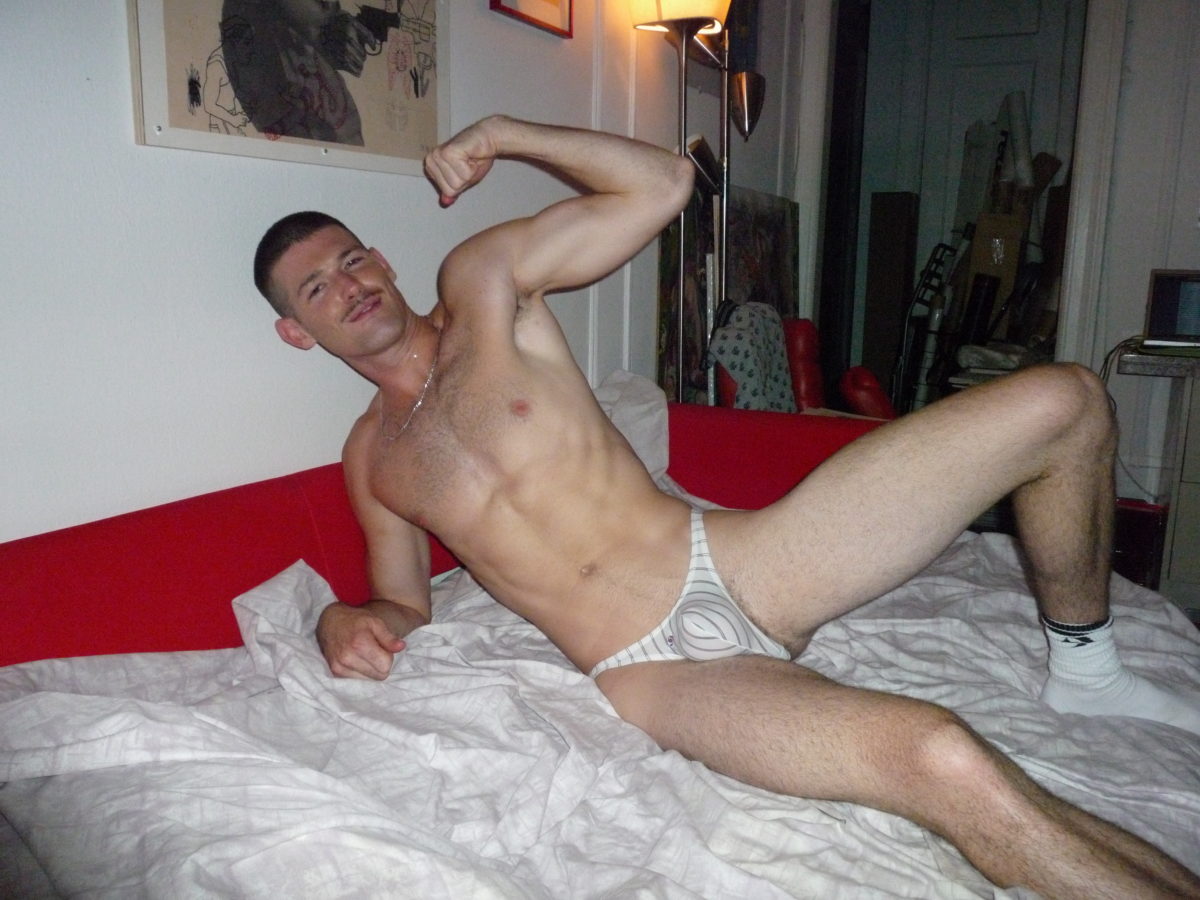 In contrast then, what excites you about people these days? Do you find inspiration in the mainstream?

There are a lot of really great queer films, fashion, and music happening. It is an exciting time with a lot of experimentation and creative energy. I just binged for example the work of scriptwriter and actress Michaela Coel in series like ‘Bubblegum’ and ‘I May Destroy You’ and I find her so great and full of energy and ideas. I also watched The White Lotus and enjoyed it a lot.

I have always wanted my films to reach as wide an audience as possible, even though they are produced independently and are often sexually explicit and have extreme content. I have no problem with the mainstream itself, actually. I have always been into pop culture, so I try my best to have my films shown not only in queer festivals but also to expand them to bigger audiences. I do see a problem with the mainstream, which is controlled by corporate monopolies, when consciously or subconsciously you shape your work to make it more suitable to trends, or just to obtain more likes or views, because then it has an aspect of self-censoring.

You mentioned a lot of great queer inspiration but how do you see the current stage of LGBTQIA+ affairs closing a challenging 2022?

I think people slowly have been learning that history is not linear, but cyclical, which means there will be times of regression and repression, and that has happened lately. We are going through a very regressive period of time going back into a very right-wing political trend associated with populism. I feel people are sobering up, understanding that if you don’t continue the fight for parity or equality some of your rights can be actually revoked.

I like people in the headspace of the revolutionary moment, which is different from what comes after, when it becomes complacent or institutionalized. You can stay there, where it becomes entrenched, or you can jump into the next moment. I’ve traveled a lot in the past five years to different queer festivals in Lima, Bogotá, Santiago in Chile, and Belgrade, among other places. I love to experience places where gay rights, trans rights, and queer rights have not yet been achieved at the same politically mainstream level that it has been in the US or Canada. It’s inspiring to see people doing grass roots activism against a queer-resistant culture, and to realize that the struggle always continues. 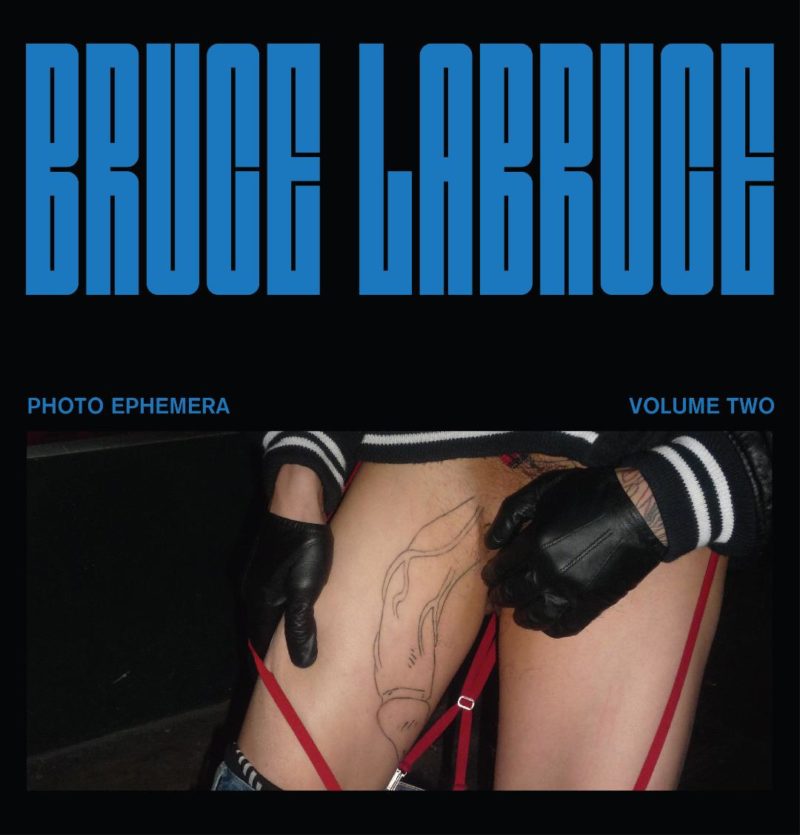 Osamu Yokonami: The Portrait Of The Faceless