Bold eroticism is what makes Leo Maki a truly different kind of creator among queer photographers. With his art playing a key role in our Visible Love exhibition series, we asked Leo about his unusual upbringing in Poland, they ways we can make queer representation more inclusive and why queer people should never settle for living in the shadows. 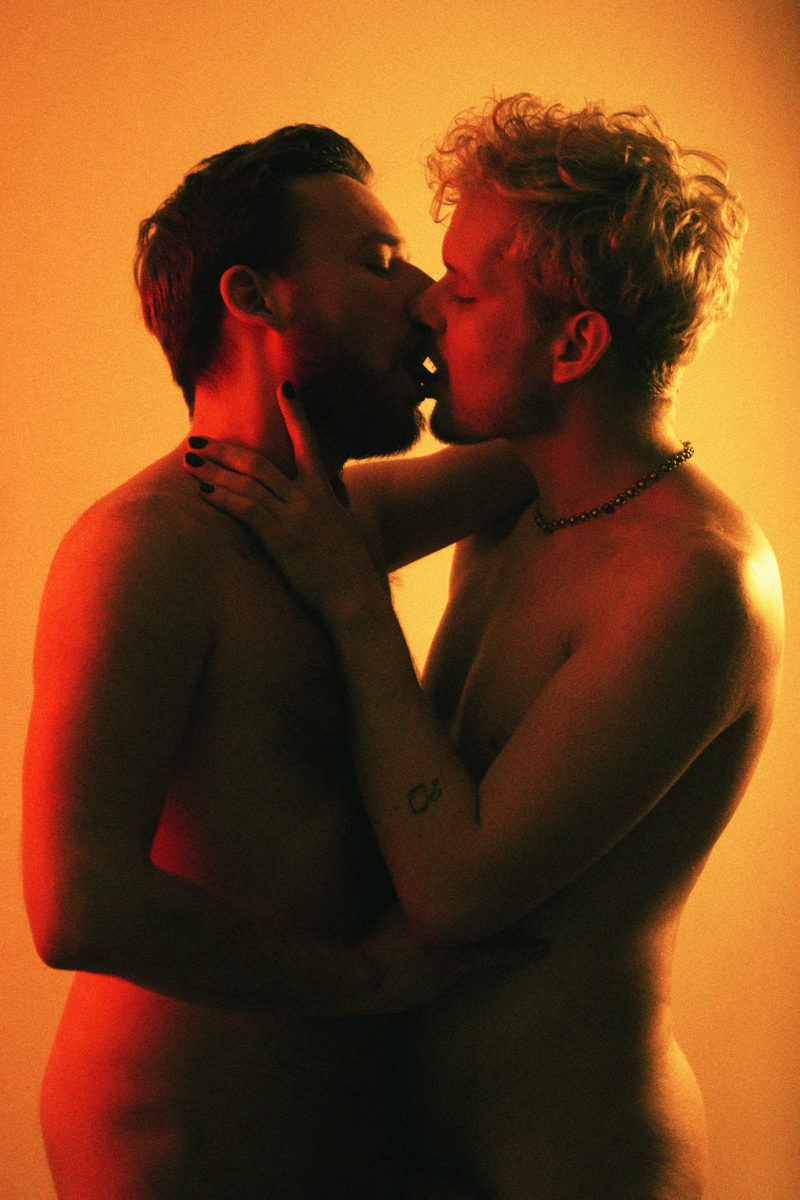 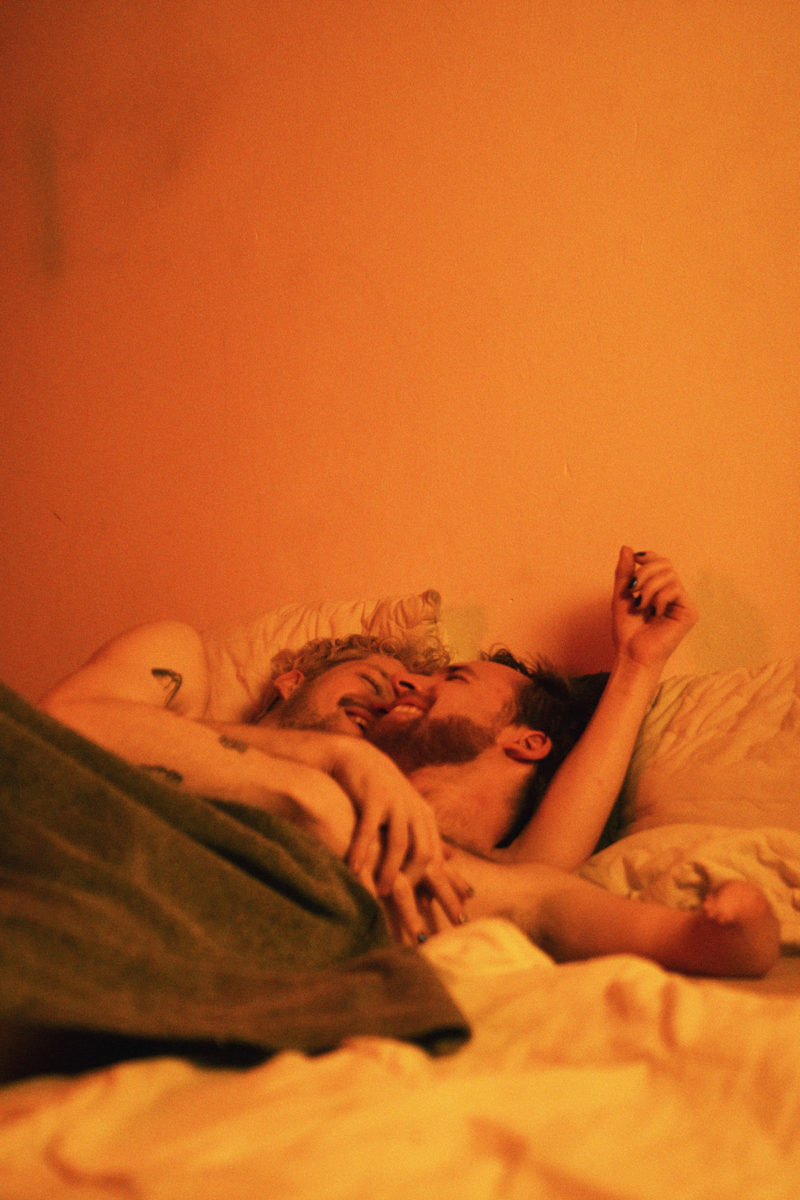 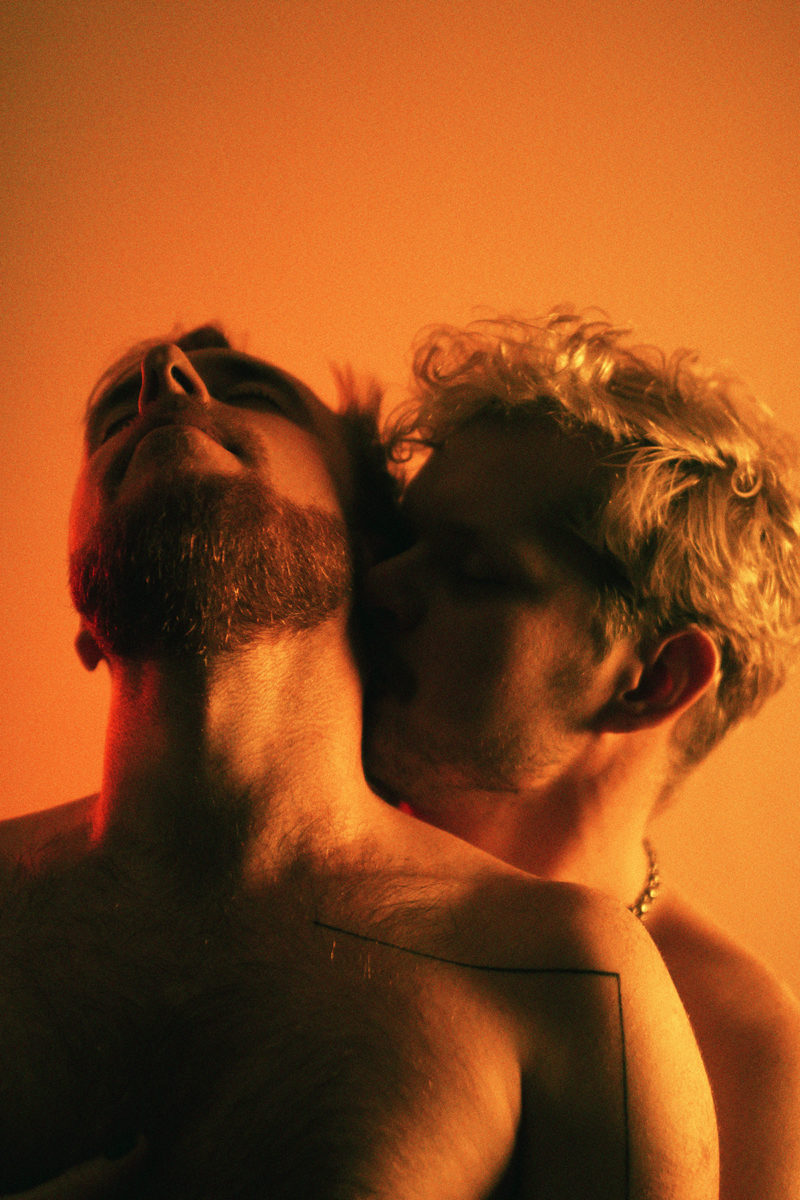 “My coming out wasn’t an actual coming out, I just brought my first boyfriend to our house and told my mom that he’s staying over.”

Tell us about your upbringing. How did you and the people around you handle your own queerness while growing up?

My story is quite unusual because my family didn’t have any issues with my identity, with me being gay, since I can remember. My coming out wasn’t an actual coming out, I just brought my first boyfriend to our house and told my mom that he’s staying over. She was cool with it and we never had any traumatic conversations about me being gay. She still asks sometimes how he’s doing even though I haven’t seen the guy for years. With my father I handled the situation quite the same way. I just confronted both of them with the fait accompli.

For a long time, I wasn’t aware of my sexuality being seen as an issue in Polish society. I went to a French highschool which turned out to be the gay highschool in my hometown. There were openly gay guys everywhere in the school, almost in each class. Even the teachers were giving relationship advice during the breaks. The fact that society has a problem with who I am only hit me after I graduated. It was kind of a shock, because I’ve been living in my bubble for so long.

Right now, I’m living in the capital, Warsaw, where I successfully created another bubble for myself. I live a pretty nice life, but I know this isn’t the case for many, especially outside of the city.

I’ve been very lucky, because until a few months ago I could only share other people’s experiences with harassment or different encounters with hate against queer people. Then I took a taxi with a friend of mine to get us home after a concert we went to. We were talking when the driver stopped, called us faggots and told us to get out of the car. This was the moment when I realized, this is probably something that’s happening every day to people in this country, but it was still new to me. And as it is an example of an act of aggression, it’s still not as extreme as being beaten up on the street, threatened and abused which for some queer people in smaller cities in Poland is the everyday reality.

Growing up in the former Eastern Block of the Soviet Union, what is your first memory related to queer content?

When I was maybe 13, I saw Almodovar’s Bad Education on TV. The internet was already a thing by then so I started doing my research which led me to more and more directors. I remember that it was a big thing to me because until that point everything I came accross was mainstream cinema with no representation and suddenly there they were, films all about queer culture. 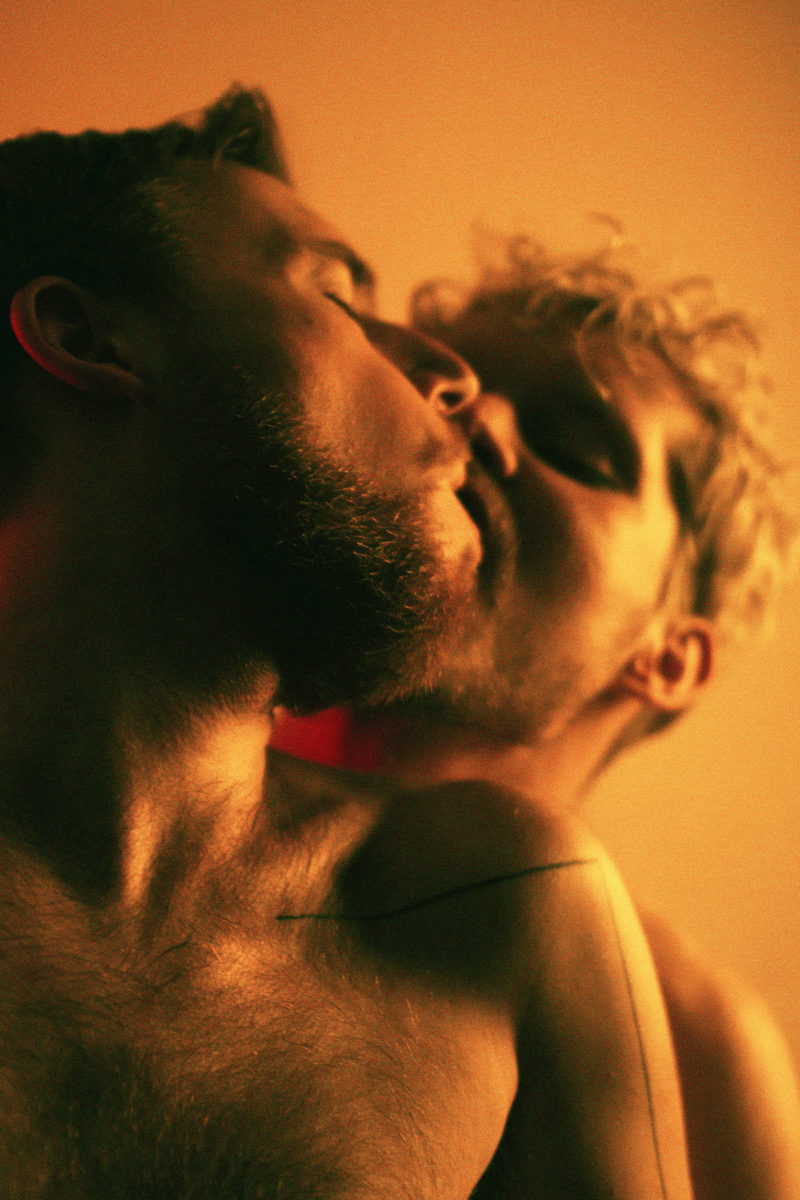 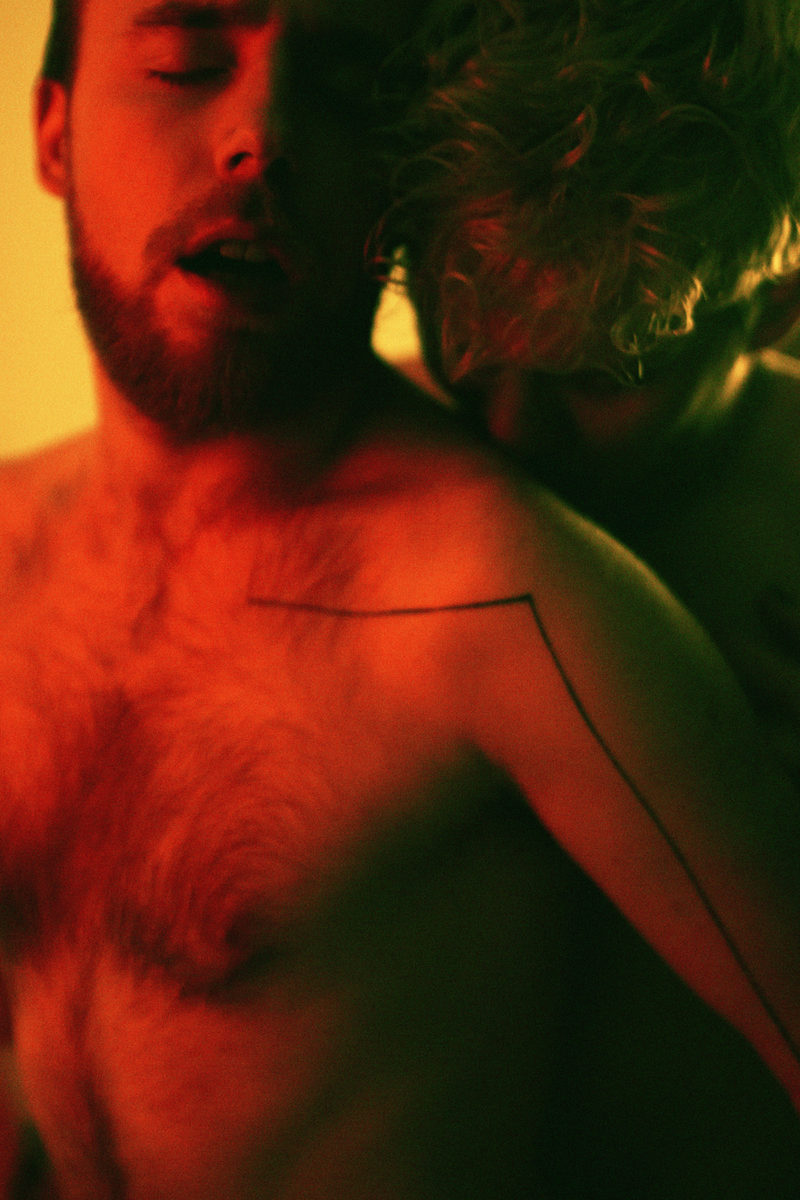 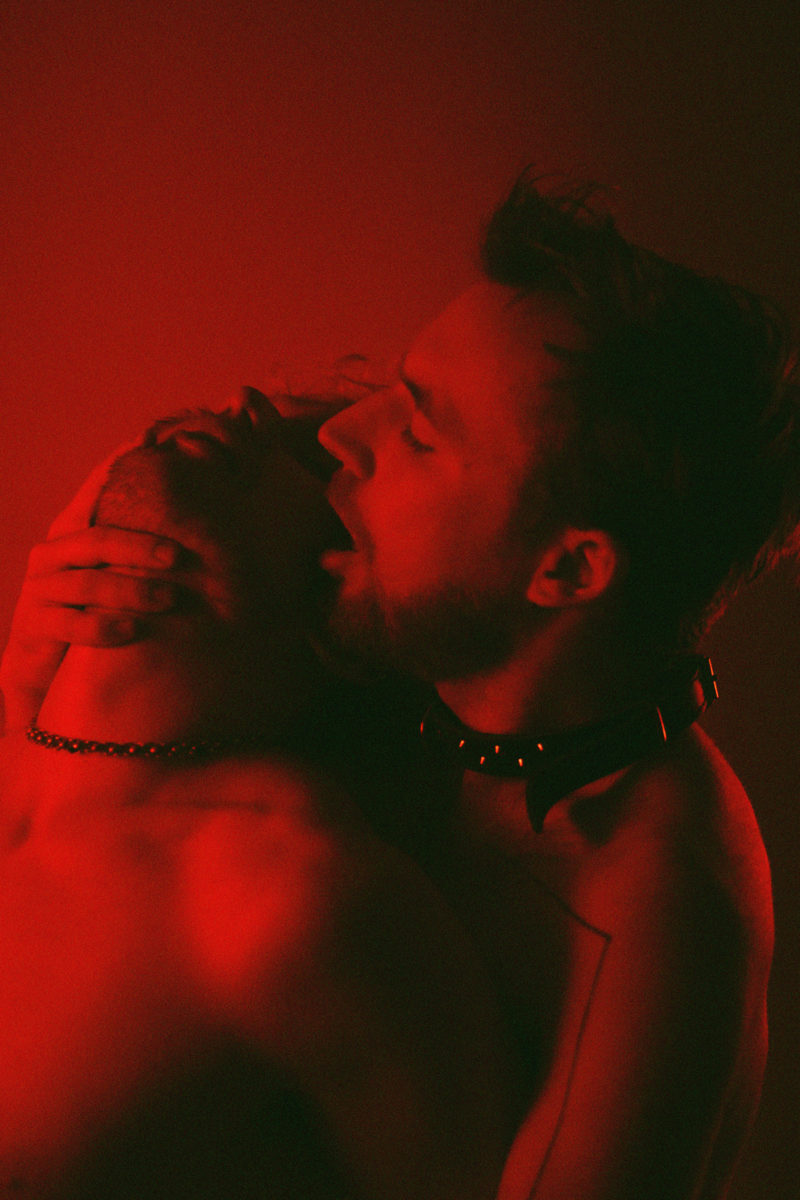 Tell us about the first time you photographed a male body!

When I first started experimenting with photography, it was with my ex-boyfriend. We basically did everything together, including photography. I was still a teenager and of course I wasn’t considering this as something that could become my job one day. I was happy that I could try it with someone I trusted. We were exploring more and more. Then I started inviting friends for the photoshoots. Bit by bit and by working with people close to me, I’ve learned how to communicate, how to make people feel comfortable while taking naked pictures.

How has your perception of intimacy changed over the years?

After all these years, seeing others being naked in front of the camera is completely natural to me. I don’t see it as anything unusual, but since my work is touching on sexuality and sex in general, I’m learning a lot with every photoshoot, every new encounter. Mainly, how different the subject of intimacy and sensuality is for each individual.

At the beginning of a shoot I always ask the models if they would like to go with my choice of music or if they want to put on theirs. Some love classical music, while others choose super fast, strong techno because that’s what works for them. It’s always fascinating to me to see how they open up, each in a completely different way, creating a completely different atmosphere. I like to put myself in a situation where I’m just documenting things without giving any directions during a photoshoot. Lately, I started working with couples as well. Sometimes they even forget that I’m in the room which gives me the opportunity to be a part of someone else’s intimate moments and just capture everything. 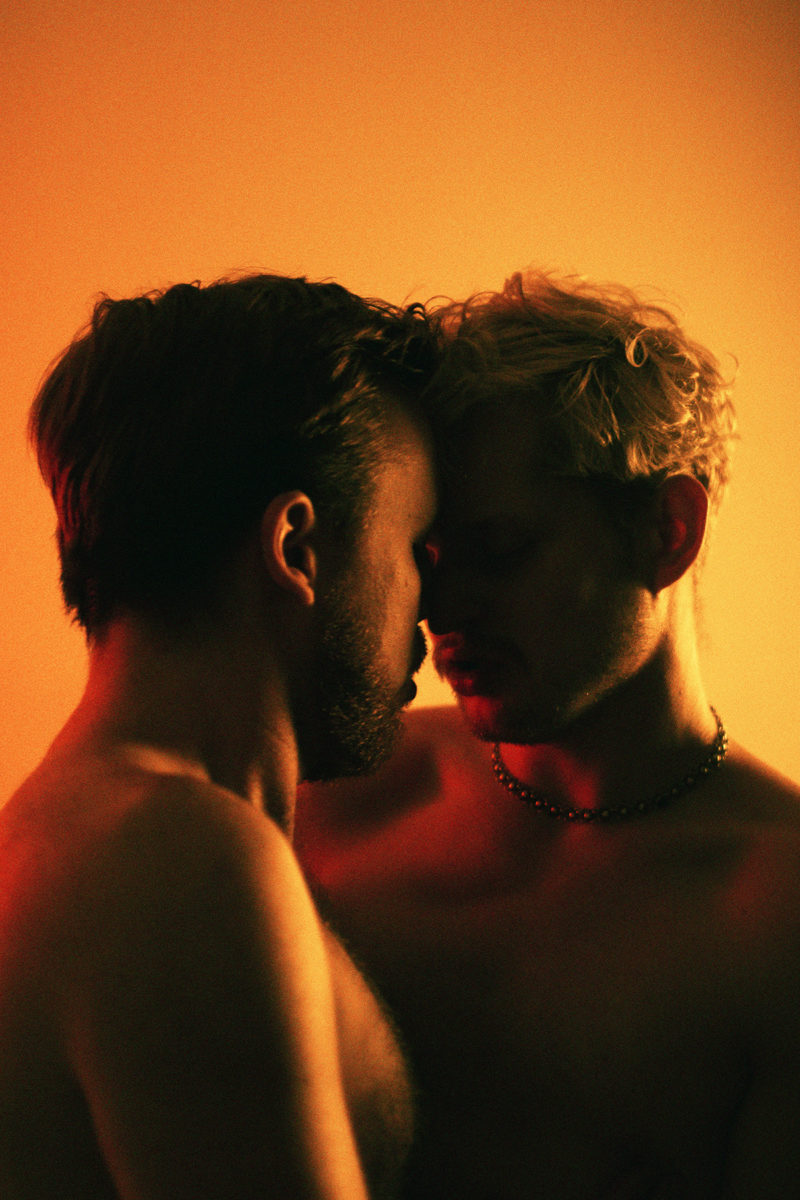 What sort of stigmas do you need to fight when portraying masculinity?

It wasn’t long ago when I realized that my work is dominated by cisgay men, while it is not the full representation of the people I’m surrounded by. My closest friends and people in my environement identify as gay, but also trans, non-binary, queer some of them are drag queens, while others don’t put any labels on themselves.

I’d say in Poland, there’s still a huge problem with non-conformism, the society is not very open for anything that is different. That’s why a lot of people are hesitant before shooting with me, especially if they don’t fit into traditional, conventional beauty standards. I’d love to photograph the whole spectrum of queerness, not just for the sake of ticking boxes, but to truely represent my surroundings. I feel that a lot of the times that although the world calls it queer photograpy, it’s mostly about gay men with nice bodies. But that’s not all there is. When choosing my models, I go with my instincts. They need to spark something that I can not identify. We connect. It differs from shoot to shoot, some of them I see only once in my life, with some we become good friends, with others, lovers.

What are the hidden risks of allowing yourself to live in a bubble?

The biggest risk is that one just doesn’t grow. That’s why I’m trying to leave this comfort zone of mine even if it’s very tough outside. A friend of mine is at the beginning of the transition, which is still a fairly rare thing to do in Poland. She’s opening up about her identity which also means that she needs to deal with strangers trying to secretly snap pictures of her or approach her with inappropriate questions. It can be a very unpleasant experience, but I think it’s utterly important to still go out there and show people that we exist.

Poland is a very polarized place when it comes to liberal ideas. How has this setting influenced you and your art?

I’m working internationally and the majority of the people I work with are coming from other countries. But my options in Poland are very limited, I get almost no recognition as a photographer in the professional world. I’ve been publishing with different magazines globally, had exhibitions in different countries, yet I was never able to show my pictures to a bigger audience in Poland. I think the easiest way to get featured here with your very queer photography is starting your own magazine. 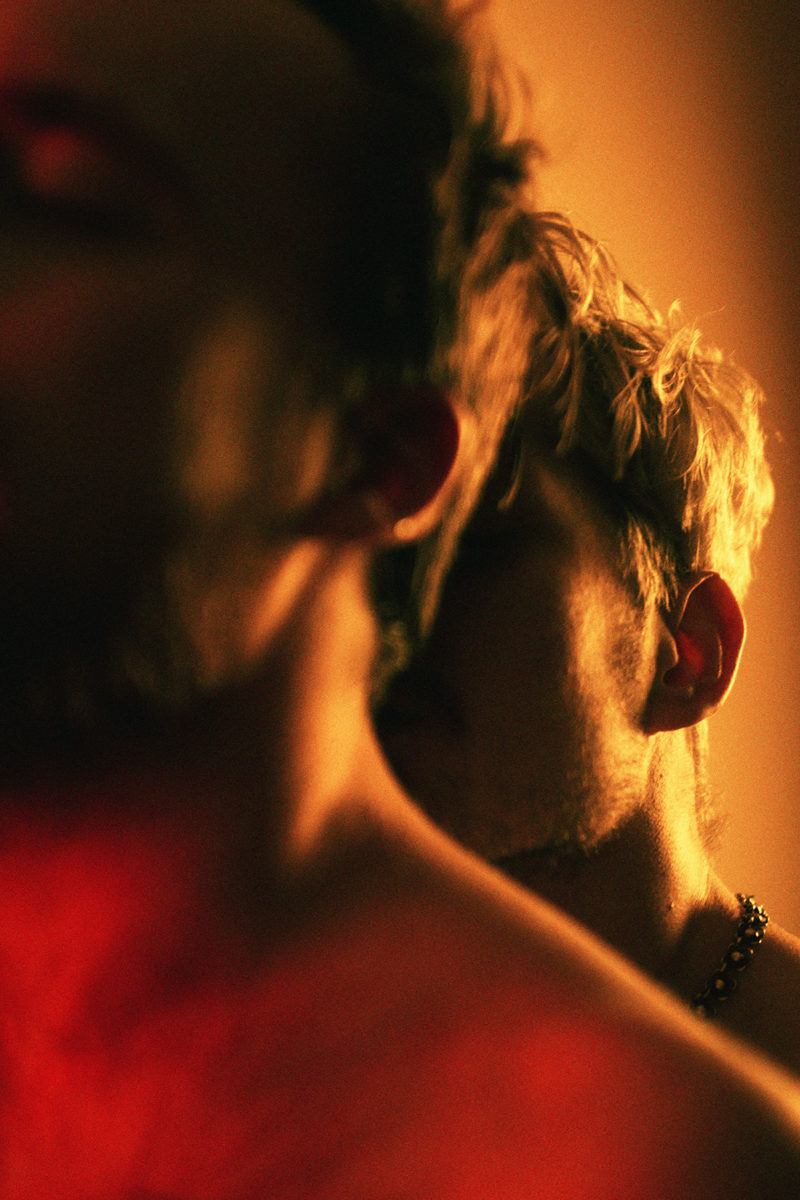 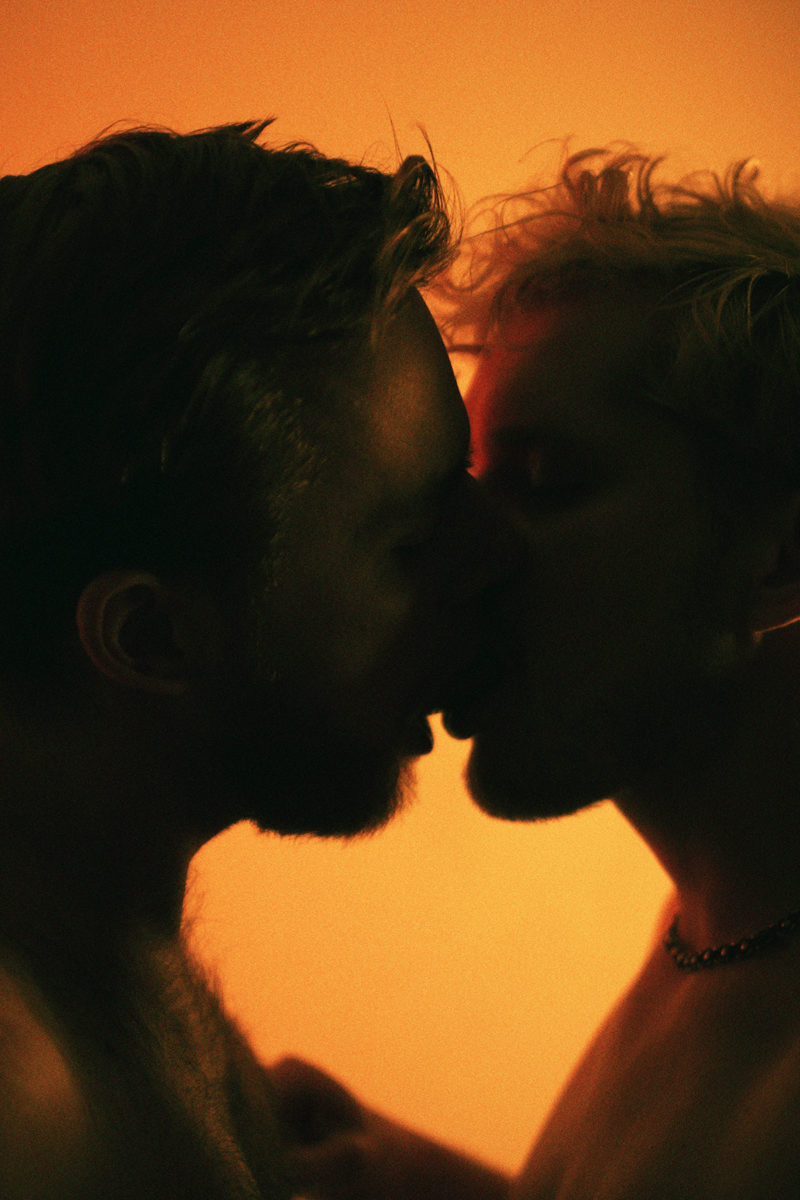 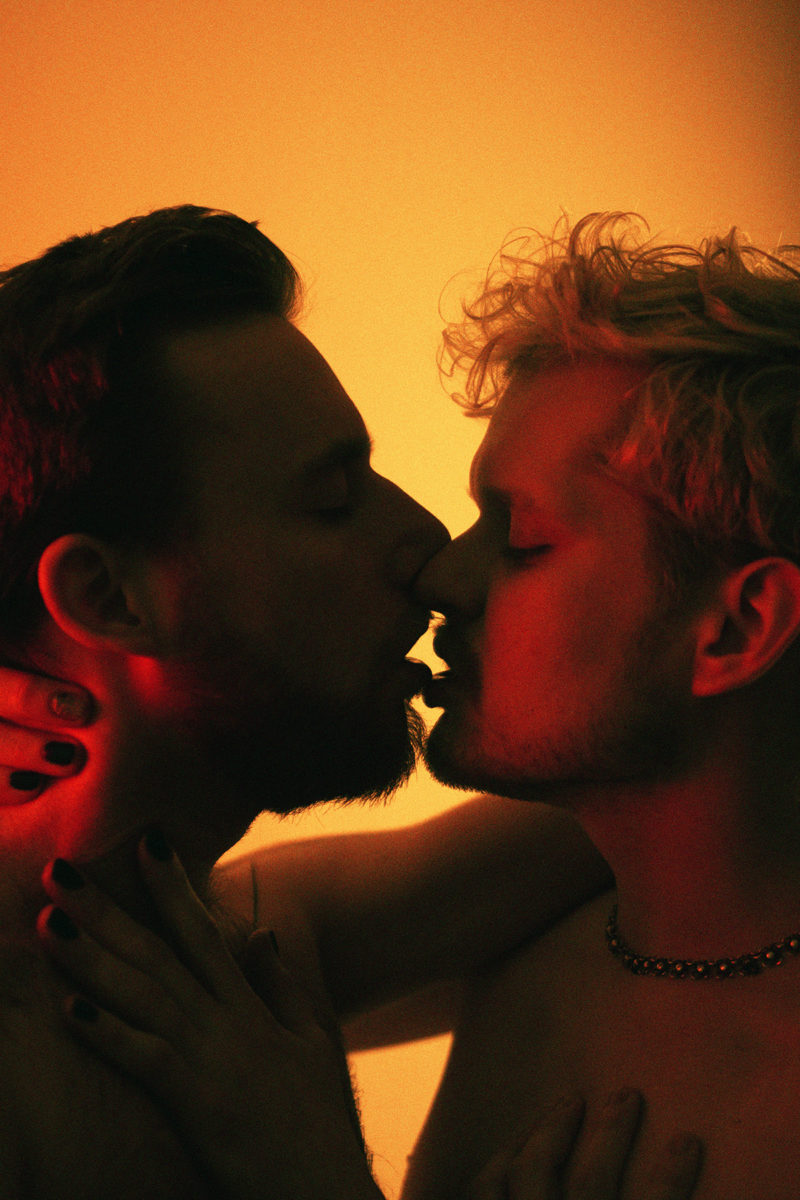 “Queer people are everywhere and they do try to make a difference. But it’s a path full of struggles and a lot of sacrifices.”

What are the chances that you are taking by leaving or staying there?

I’m planning on moving. Even though now I spend most of the time in the country, in the past I was traveling a lot. I’m not attached. But I think there is a chance for change here. The ballroom is growing, there are a lot of queer initiatives. Queer people are everywhere and they do try to make a difference. But it’s a path full of struggles and a lot of sacrifices.

I don’t want to become a martyr, staying here and fighting for something that people maybe in many years can enjoy. I moved away from my hometown to Warsaw, because it started to be suffocating for me. Here I can already breathe more freely, but I still aim for something bigger.

What does being visible mean to you?

This is something that brings a lot of emotion. Encouragement, pride, but also a lot of frustration, disappointment and anger. Here, people are still staring at you or talking behind your back if you look any different than the norm. If you walk the streets of the center of Warsaw maybe nothing bad will happen to you, but you can still feel like an animal in the Zoo sometimes. But doing the same in smaller cities can be simply dangerous.

How do you imagine the normalization of queerness in mainstream society?

I think it’s happening already for quite some time now. In my work, I want people to give me a true idea of who they are. Does it bring change? I don’t know. I’m just doing my thing, but I have no idea if it influences anyone. If it does, I hope it helps gay people, queer people to be braver, to be more open, to be true to themselves no matter what.

What is the single best piece of advice that you‘d give to a queer person living in a not-so-liberal environment?

The advice that I’d give is fairly simple. Find your people or let them find you, recognize your friends and keep them close to you. Those are the ones with whom you can exchange experiences and feel that you’re not alone. But if you don’t want to struggle, then don’t push it. You don’t have to suffer for a place, a country that is bringing you pain. Just pack your things and go.