Skip to content
No. 223: Internet Adolescence
No. 223 | Photography | Interviews

Taking photos the same way a director would shoot a movie – Chinese photographer Lin Zhipeng, better known as No. 223, is an artist whose photography is bending both genre and gender. With exhibitions all over the world, his art is well known everywhere except the very place where he lives and works, China. We sat down with No. 223 to talk about his love for Hong Kong movies, his braver choices while growing up in the ‘90s and the secret behind a perfect still life. 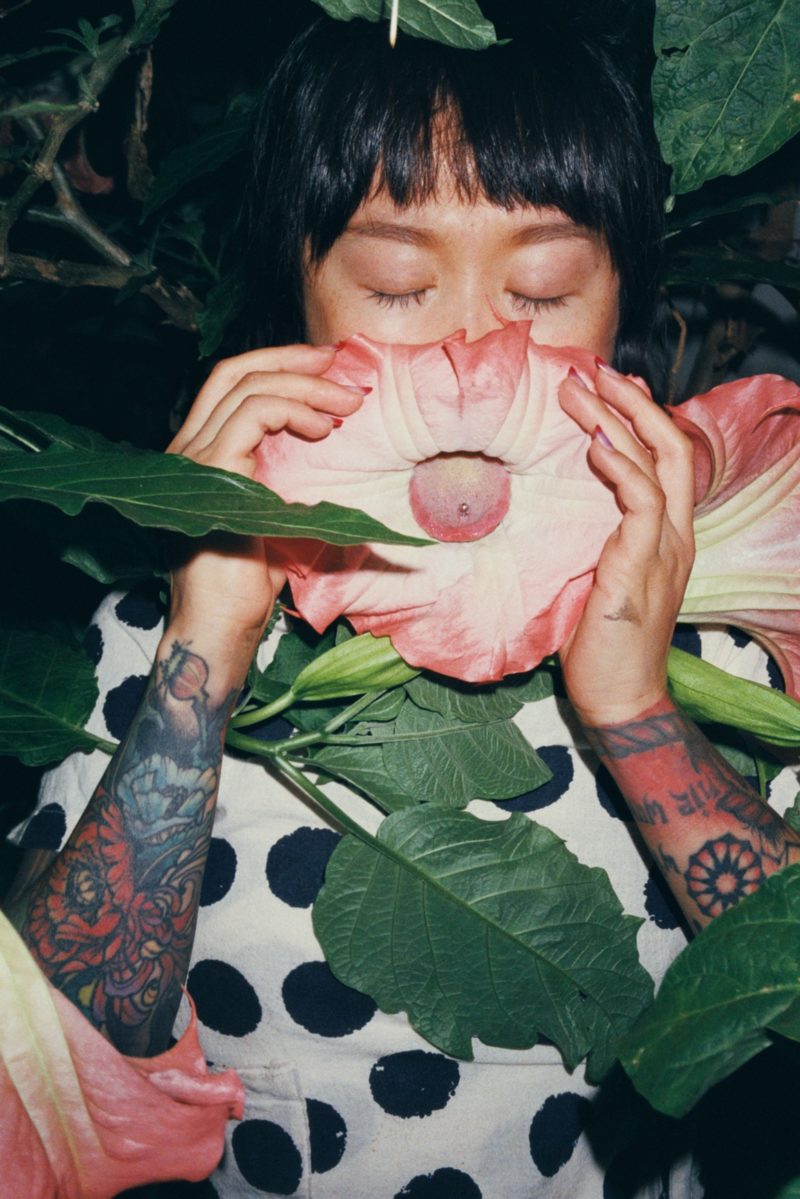 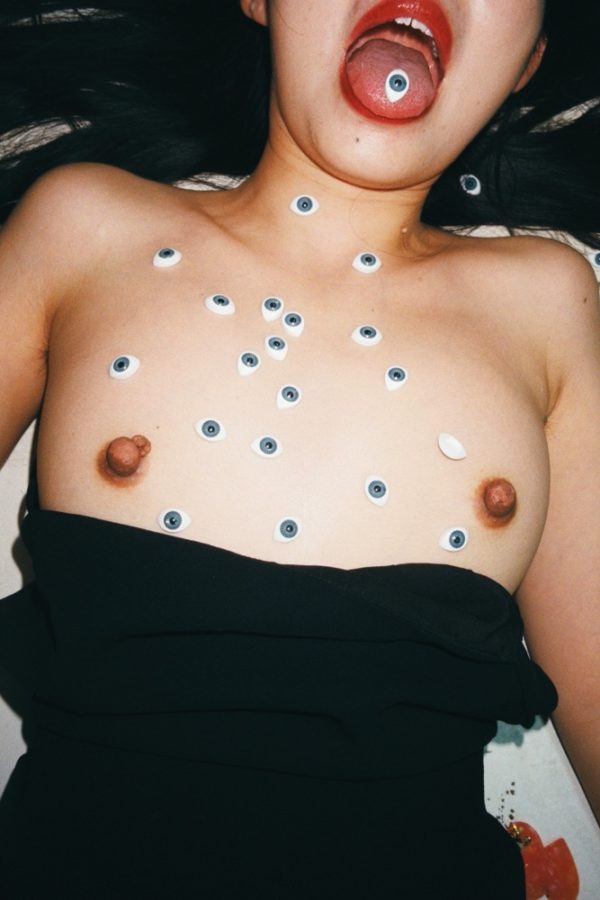 What sort of a social example did growing up in the ‘90s in China give you?

Chinese society and China in general has only been open since around that time and that’s very much connected to people starting to share things on the internet. In a way, social media was present from the very beginning in China: I was also sharing my photos on my personal blog. Now we have Weibo, which is basically the Chinese equivalent of Twitter and we have Instagram which I’m mainly using. I like to think that just as myself, my work grew up together with the Chinese internet.

“I love the Hong Kong style, the visuals and the colors and I’m trying to make my photos look like they were takeouts from a movie. ”

What were some major impulses that shaped your taste and later on, artistic style while growing up?

When I was younger, I was a big fan of Japanese manga. Later on I started editing magazines, which gave me access to independent fashion and art magazines from all over the world. I think my photography has been deeply impacted by what I’ve seen in these magazines. Hong Kong movies were another great influence. Even my name, 223, is from a Wong Kar-wai film, Chungking Express. I love the Hong Kong style, the visuals and the colors and I’m trying to make my photos look like they were takeouts from a movie. Also, for the past ten years I’ve been able to travel a lot. I visited over forty countries and this is something that I draw a lot of inspiration from. For example, my still lifes and landscape photography are definitely rooted in these experiences. 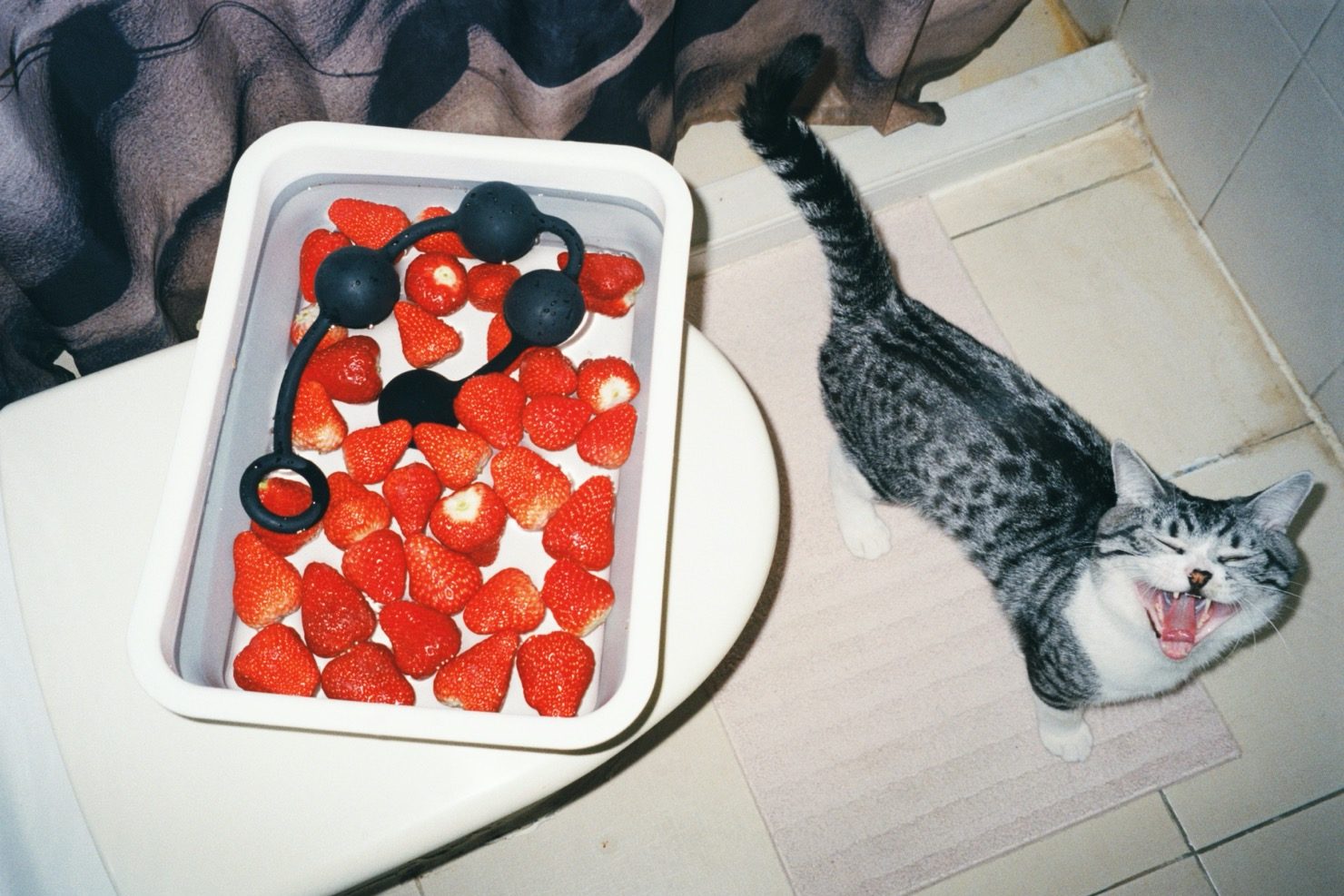 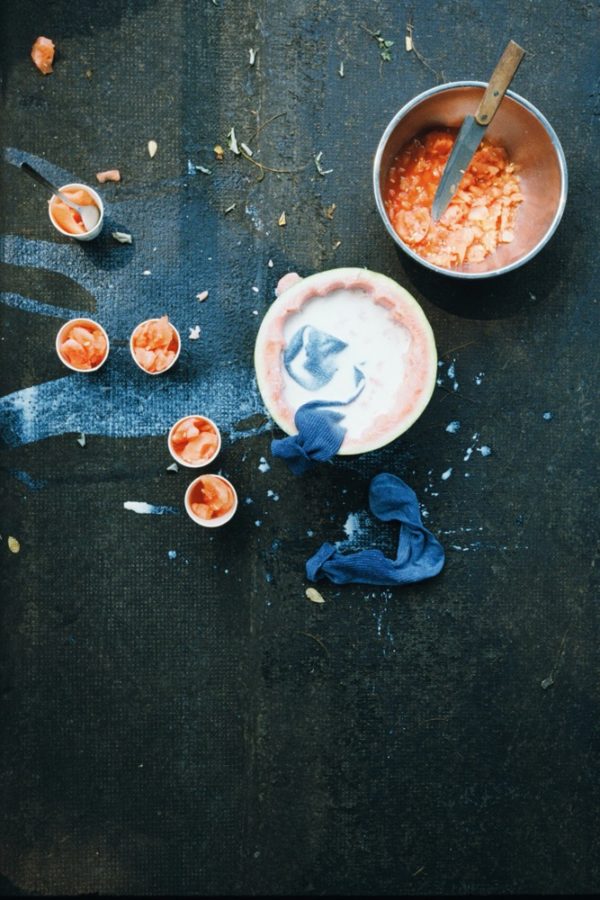 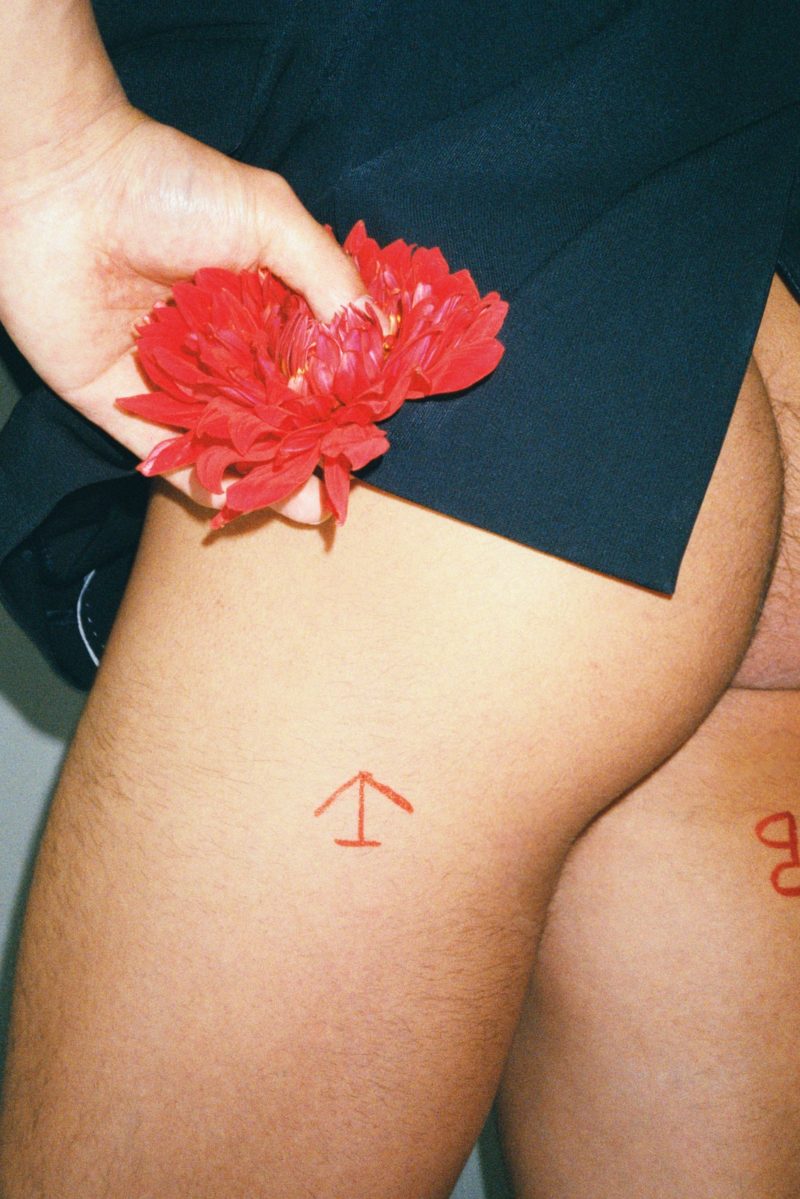 “In the beginning, social media was pretty open, pretty free. Now it’s different. I could post a lot of things that wouldn’t make it today. ”

How did social media influence the way you come up and execute ideas?

I don’t think social media had a big impact on the way I think or create, since I sorely think of it as a platform to publish my work on. In the beginning, social media was pretty open, pretty free. Now it’s different. I could post a lot of things that wouldn’t make it today. For example, in the early years, you couldn’t really show nudes at a real-life-exhibition, but online.

Social media gives me a platform to discover and to be discovered by others who otherwise wouldn’t even come across my work. Especially since my images and the people I photograph are very far from the Chinese mainstream. They represent a subculture within the Chinese people which leads to social media being the most efficient way of reaching them. To me, it’s like an ever changing online exhibition and a diary at the same time.

Going underground with your art, have you ever felt like you are only working with a given group of people?

Yes, I think so. The people I photograph, they don‘t belong to the young mainstream. They are mainly from my circles, since a lot of my friends are very open-minded, love visual arts and are also interested in what I’m doing. As I started off, they gave me a lot of inspiration and pushed me to keep going and keep creating against all odds. I started taking their pictures back in 2004 and it’s interesting to see how our relationships change as we all are getting a bit older. Earlier, I just went to the club to a rave and worked almost exclusively with the people I met there. Nowadays, I’m more willing to travel for a single photo and photograph my models in their homes. 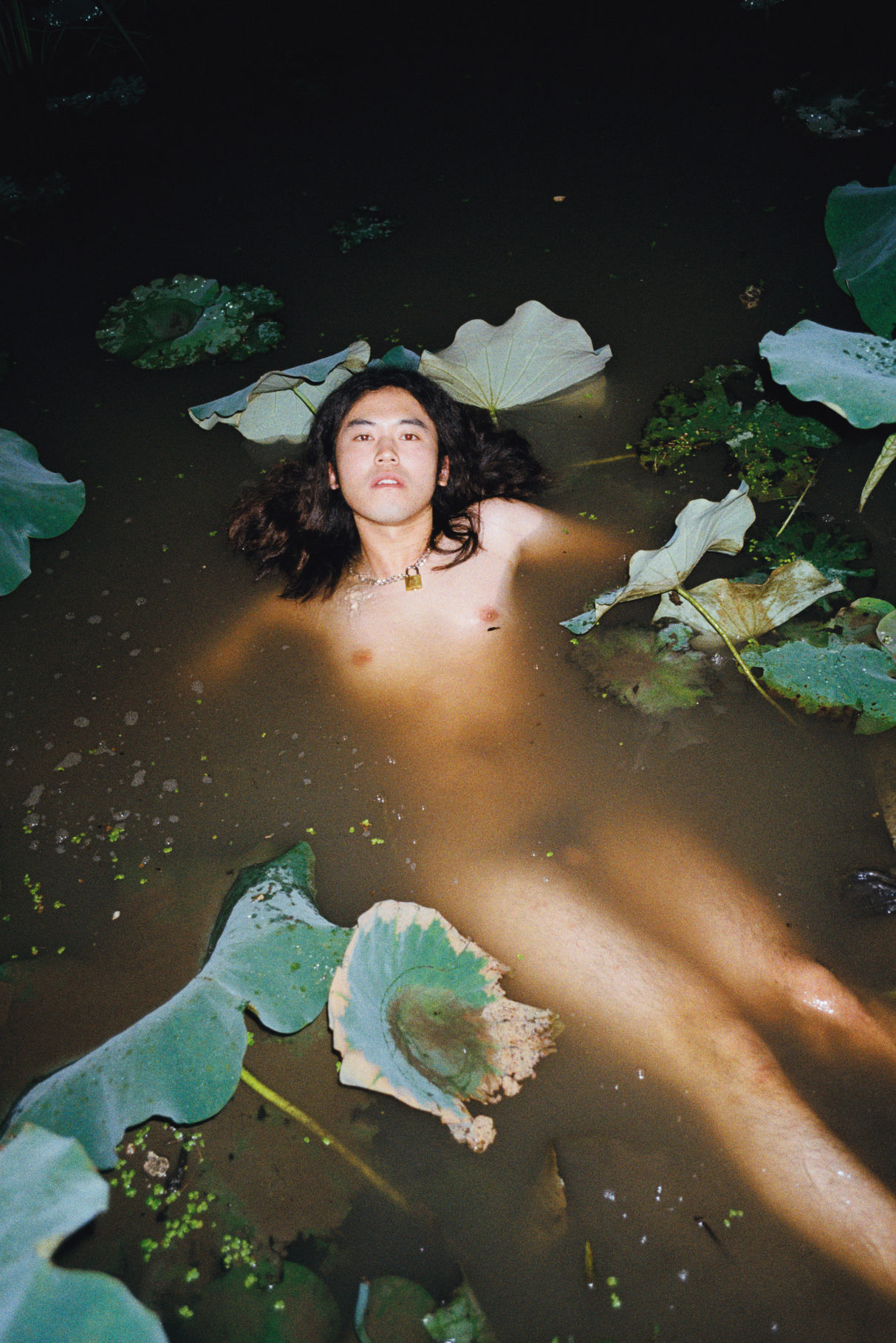 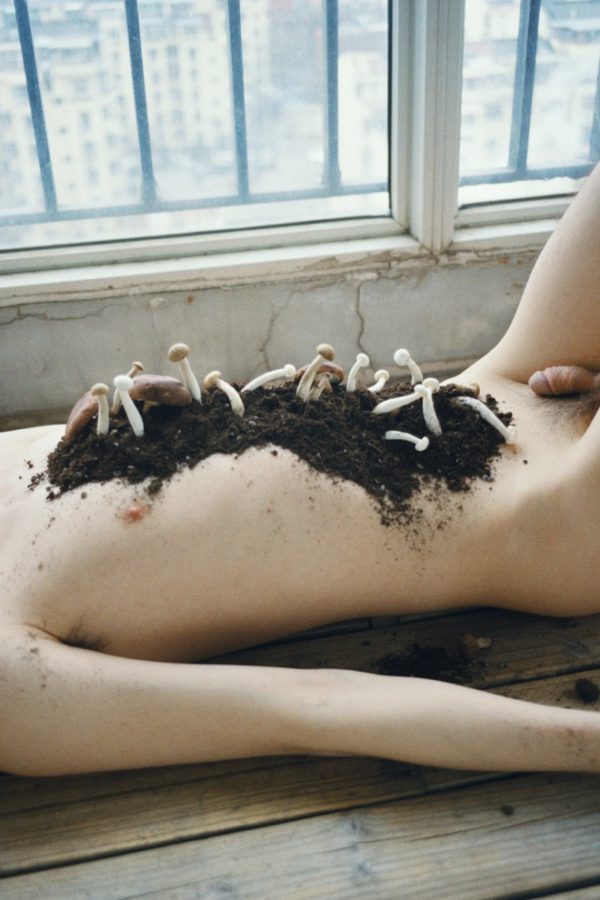 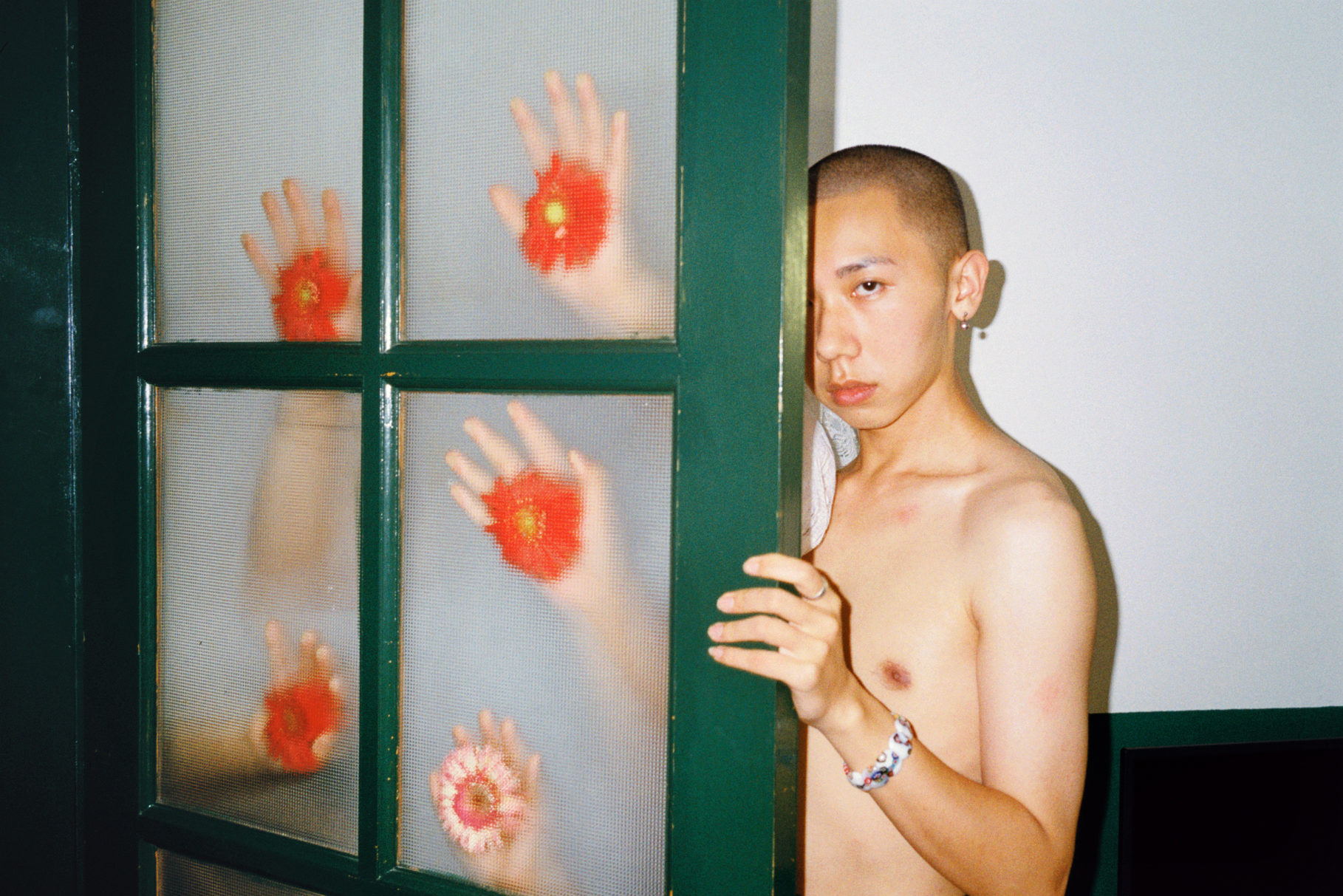 How do you approach the people you photograph?

Almost everyone in my photos, all of them are my friends and this makes it much easier for me to step out of the onlooker’s role. I feel involved as I, as a photographer, am part of the action, part of the composition. I’m not just standing by, waiting for the moment to happen, but I’m participating, I’m present in the scene. All of my models know what kind of pictures I take and they are comfortable with opening up in front of the camera.

How has your perception and understanding of intimacy and privacy changed over the past few decades?

I think intimacy is normal. I also think that sex is normal. A basic, everyday need that we all need to fulfill, just like eating, walking or shopping. Sex is just one of them. Everyone needs sex, everyone needs intimacy and we should be able to talk about it without feeling ashamed or uncomfortable.

“When my mother saw my work a couple of years ago, she didn’t say if it was good or bad, she only said that it was dirty. ”

What is your earliest memory that you associate with this sort of freedom of expression?

I’ve been very lucky. After I graduated, my parents supported me in my profession and gave me a lot of freedom by not putting a pile of traditional expectations on me. It’s a big deal since my parents are last generation and relatively old and their way of living is quite different compared to mine. When my mother saw my work a couple of years ago, she didn’t say if it was good or bad, she only said that it was dirty.

Can you walk us through your working process? What does a session of yours look like?

What I do is try to figure out my models’ characters, then follow the character through my pictures. Sometimes if someone is rather shy or not very active, I step in and tell them some stories, just like a director would while shooting a movie. But these stories aren’t alien to them, they fit, they always fit their character. I’m shooting pictures the same way I’d be shooting a movie. I want to tell a story with each photo I take. 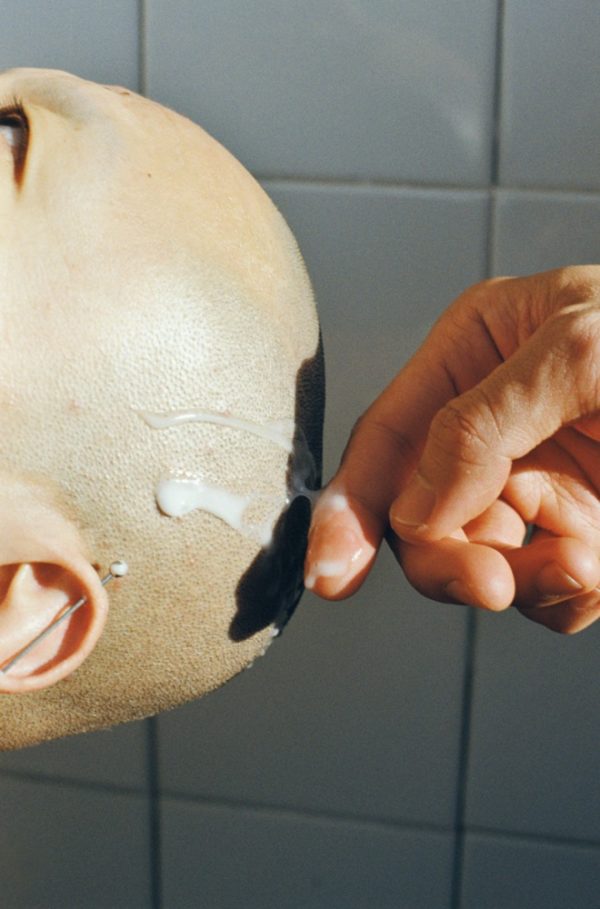 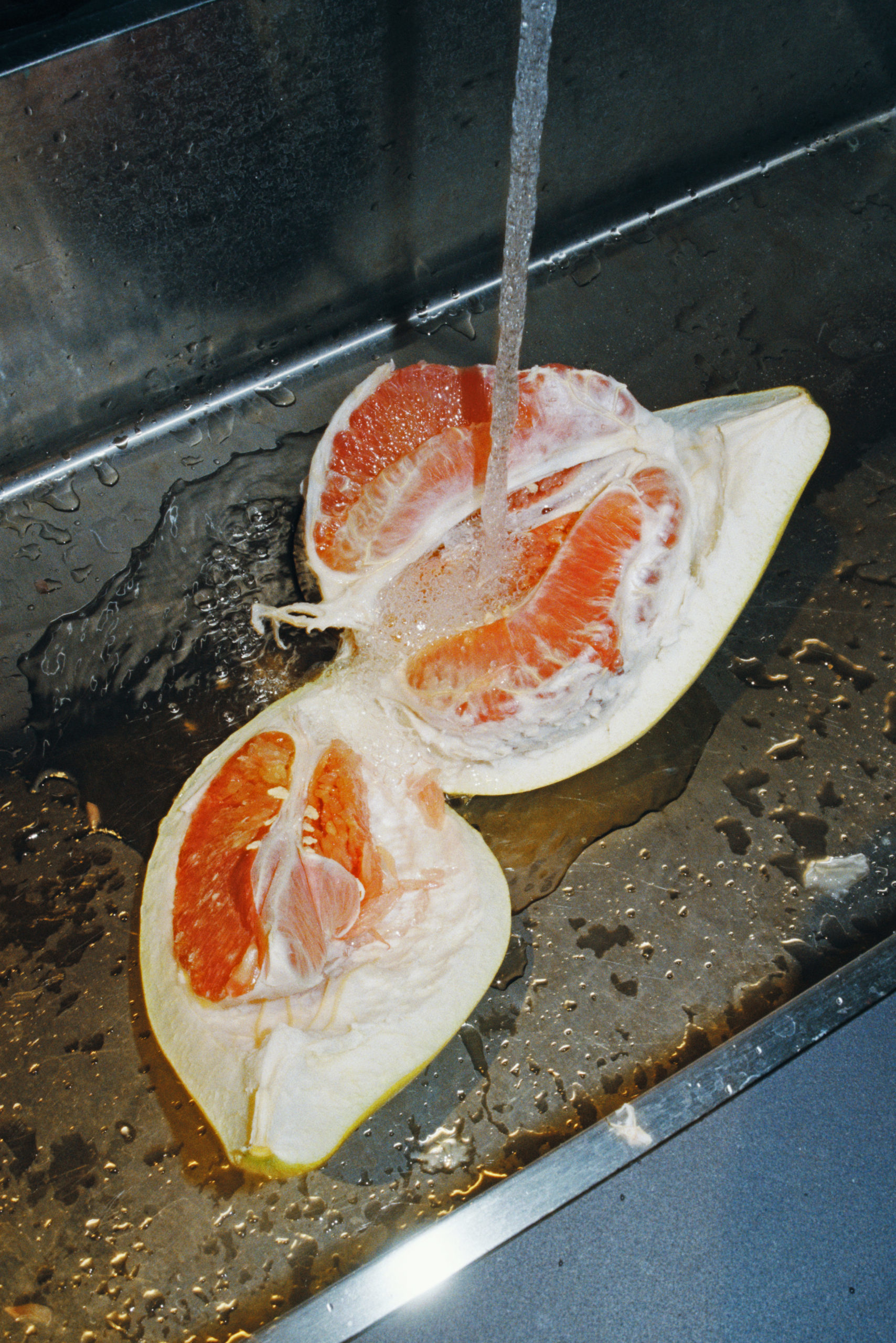 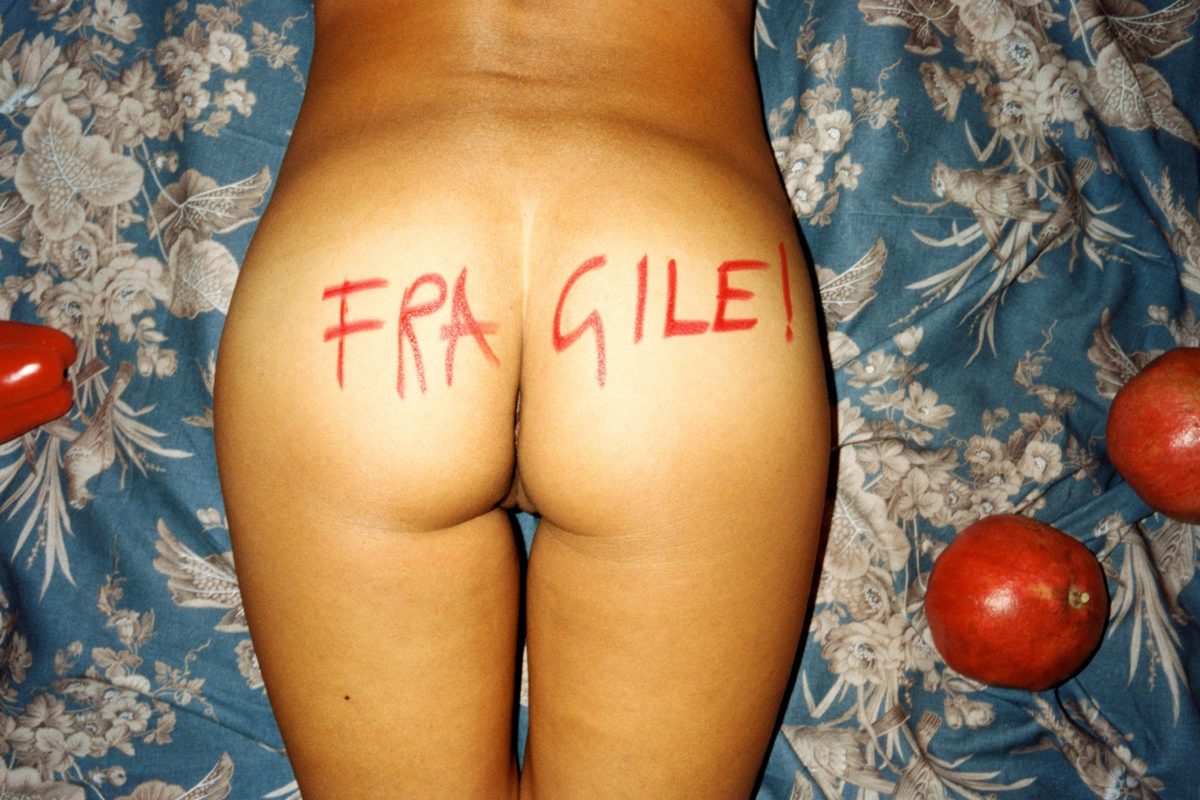 Nature is a recurring element in your works. Why?

Natural elements are something that I consciously try to include regardless of who or where I am shooting. If we are working at a friend’s place, maybe I look into their fridge, search their closet, check their bathroom for anything that belongs to them and I can use as props. All the items, all the symbols that appear on my images actually belong to the person I photograph with absolute no planning involved.

What makes a great still life in your opinion?

When I started to travel more, I realized that I’m unable to shoot a typical landmark. I don’t like to shoot anything to make it look like a postcard. For me, it’s always about a little detail, a detail that makes the picture. For example, when I go to the seaside, I try to find something small, a pattern in the sand, a shell, the shape of a given wave that can define the bigger picture simply by being part of it. To me, a perfect still life is something that uses a normal setting to tell something absolutely new.

“The last time I had a photo of mine displayed in a museum in China, it was a picture of a girl lying on the ground with another girl‘s foot stepping on her face. It got censored. ”

How is it to be a bold artist with bold artworks in China right now?

I consider myself lucky that I can do what I want to do. Nobody got involved in my art, I can show gay, lesbian couples in China, I can put out a post stating that I’m searching for couples and people would actually write to me and I would travel to their cities and I can shoot photos of them. A lot of my projects involve nude pictures and I’m lucky that I get to do them, although it’s been pretty difficult to show them in China. The last time I had a photo of mine displayed in a museum in China, it was a picture of a girl lying on the ground with another girl‘s foot stepping on her face. It got censored. It’s challenging to showcase photos like mine on institutional platforms, but fortuna-tely some of the private galleries are still okay with my art. Most of my exhibitions took place in Europe, America or Japan. It’s a weird feeling, because I can show a lot of stuff on the internet without being censored, but it’s almost impossible to find a place to exhibit them where I live. 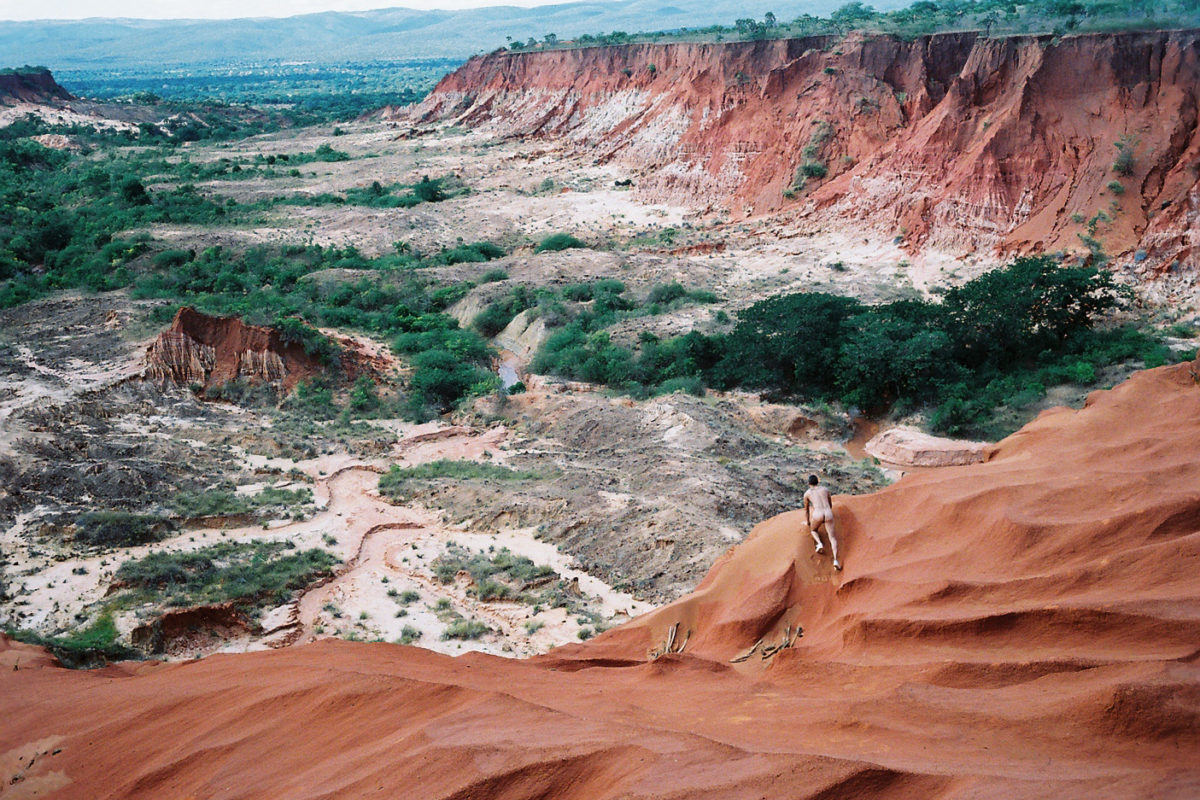 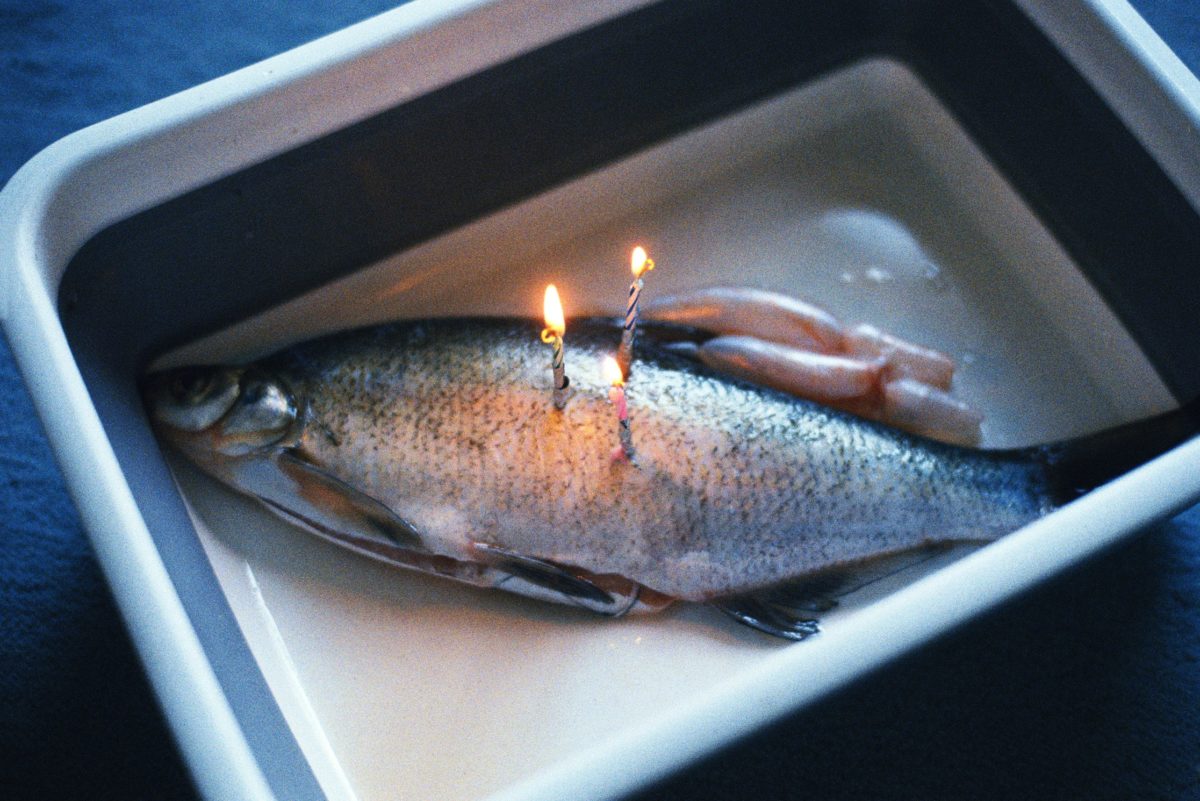