Barbie Breakout On Breaking Out Expectations

“Chosen Family is a concept that’s not exclusive to queer people but it has a special meaning to us because so many of us had to find a new family after coming out. Those bonds can last forever and that’s another thing I wouldn’t trade in for anything.”

With several podcasts, two books and regular television appearances, German Drag Queen, hair and makeup artist, author and activist, Barbie Breakout has been educating Germany, and the world, with her knowledge and heartfelt messages. Her main goal being to “educate the masses about all things queer, about HIV, about racism and transphobia and to be a light for those who aren’t strong enough yet to live authentically.” We’d say that’s one Breakout step to changing the world.

With Pride being so close, we thought it was important to interview Barbie and get more knowledge about some of the essential topics that everyone, queer or not, might want to know about.

First of all, what is this Pride? Why is it even relevant today? Barbie explains: “My pride history is also a riot history, as it reminds me that we have to continue to fight and be loud. Femme queer people in the media often get criticised by het-normative looking gay folks for misrepresenting “the queer identity” as too flamboyant and loud and whatever. In moments like this I remind myself that nothing ever happened in history for any marginalised group of people by trying to blend in, being quiet and standing in the back row.”

Subscribe
“Drag gave me a bit of freedom during that time… getting to play with my gender expression and morphing back and forth between the poles of that particular spectrum.”

Barbie reminds us here that Pride wasn’t always a big party, it has and always will be a riot and protest. “We wouldn’t have the rights we have today if we’d all be ok with just trying to pass as straight, assimilate into the status-quo and be left alone. I’m not claiming I speak for everyone in my community. But yes: Pride to me means being visible, it means being vocal, it means not backing down from asking for what we deserve.”

If Pride means fighting for our rights – what are the biggest problems right now? It is a common mistake for a lot of cisgender, straight people to assume that gay marriage was the end of our fight. However, this is far from the case. “The conservatives worldwide have once again focused their attention on us, using us to appeal to some of the lowest common denominators in their voters’ demographics,” Barbie elaborates. “By creating new narratives about us, they reshape the public’s opinion about what queer folks want, what trans people actually are and how dangerous all of this is for children and for women.”

This reframing of queer narratives can get dangerous. “Us trying to make sure that kids in school learn that being different is nothing to be ashamed of and no reason to bully someone or hurt yourself gets reframed into us being sexual predators, trying to sexualise children. Trans women get turned into potentially dangerous crossdressers that cis women need to be protected from. It’s all so sick and twisted and it makes it a lot more complicated for me to believe in the good in mankind.”

Barbie reminds us the important realities of being queer in this world and why Pride is still a fight, with a message to the cisgender and straight public: “Our fight for equality doesn’t have any ulterior motive. It’s just that: us demanding what we deserve, the same rights as everyone else and a chance to prevent kids like us from killing themselves. Really shouldn’t be something that requires lengthy debates or legislature, should it?” 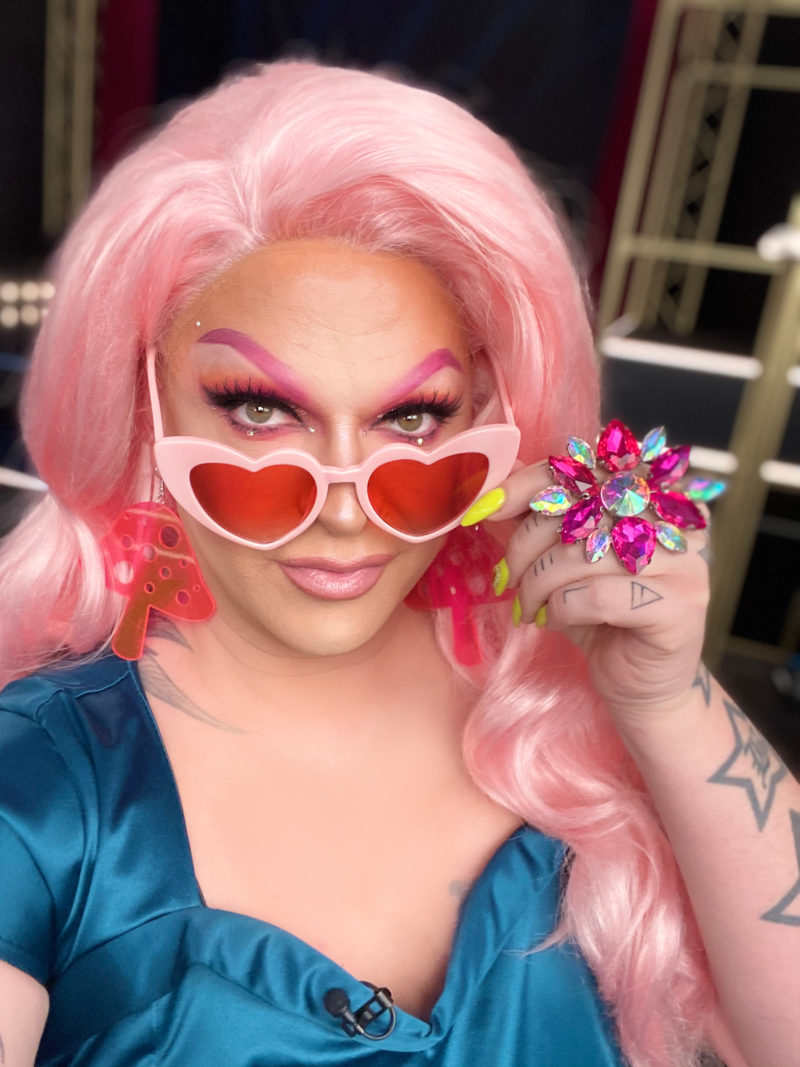 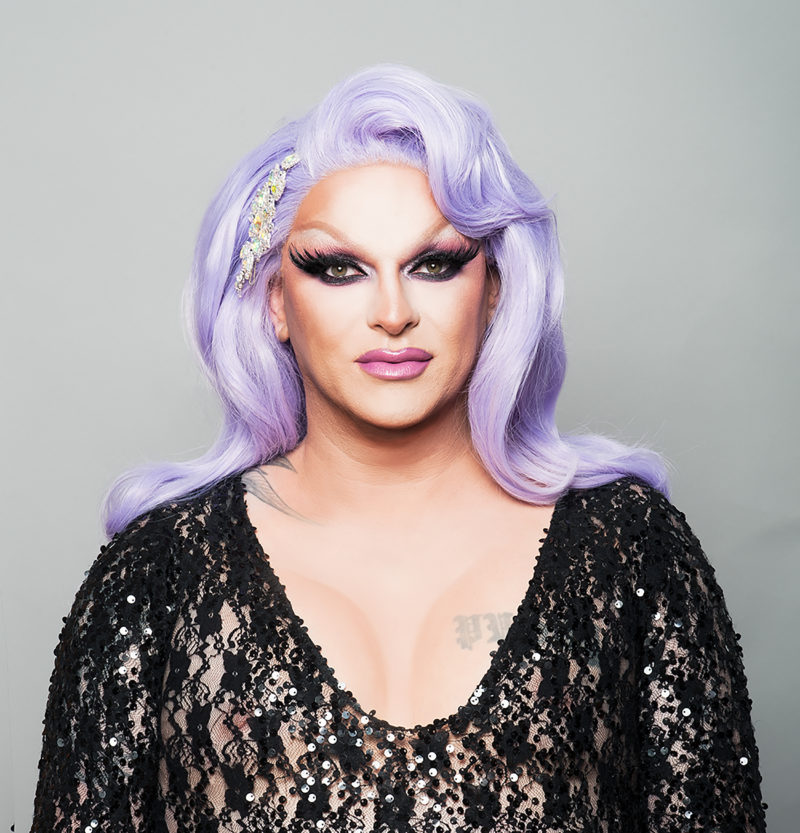 “Nothing ever happened in history for any marginalised group of people by trying to blend in, being quiet and standing in the back row.”

Of course, Pride can mean vast exposure for many queer identities. As Barbie says, ““If you see it, you can be it” is something that I definitely believe to be true. It’s incredibly important for anyone who isn’t usually represented.” However, the realities of visibility can be a double-edged sword. More exposure can create a normalisation of queerness that is needed for our safety in the future but exposure can be just that, to be exposed and vulnerable: “Visibility can also be dangerous. I also want to be visible for those who haven’t quite figured out yet how to be themselves in public, who maybe haven’t come out yet. A friend of mine once said “be the queer you want to see in the world” and I thought that was beautiful and very smart.”

With Visible Love, Container Love is trying to create more queer visibility loud and proud but we understand all too well that pinkwashing has become a very real problem, especially during Pride, that more often that not, affects the queer community more negatively than positively. “Today and on social media we use “pinkwashing” to describe a pattern we see occur every year around pride month when big corporations label their products with rainbows and pro-queer slogans to sell things directly to us, trying to make profit off of our community while doing nothing to support us during the rest of the year, or even worse: while secretly funding very anti-LGBTQIA+ Politicians,” Barbie states. “It’s not just corporations, celebrities do that too. I just like to check if the celebrity waving that pride flag is actually working with queer people behind the scenes or just targeting us as a very loyal fan demographic.”

Despite the problems Pride and visibility can bring – Barbie tells us some highlight moments of visibility in her life. “My Open Your Mouth video definitely set some things in motion back in 2013 that I am incredibly proud of in hindsight. Seeing thousands of people demonstrating in front of the Russian embassy and thinking that I had something to do with that was MAJOR. Also, being part of the NYC Pride Parade the Year the Supreme Court legalised Gay Marriage was insanely emotional and a moment I will never forget.” 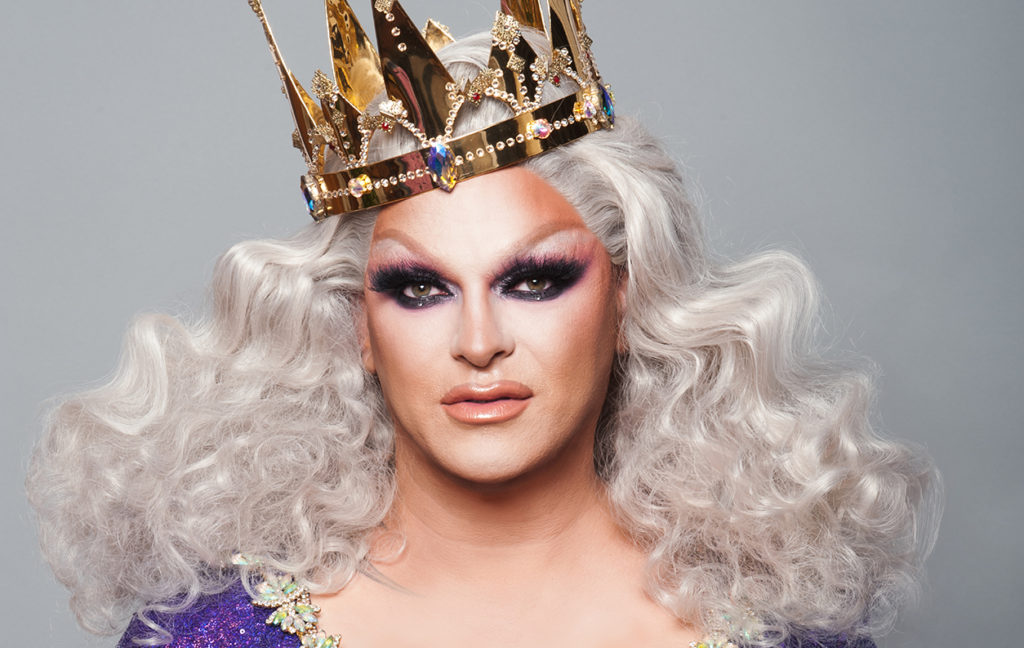 Visit Shop
“Our fight for equality doesn’t have any ulterior motive. It’s just that: us demanding what we deserve, the same rights as everyone else.”

Being a Drag Queen, we asked more about the importance of drag in Barbie’s life. “Drag for me was always more than just fun, costumes and the chance to go on stage and for people to tell me I was beautiful. It was very much gender expression. I had a very strong feminine side that I didn’t have an outlet for in my everyday life, even though I dressed very flamboyantly all through my teenage years,” Barbie tells us.

“As a child, I was told there were male and female and I knew I didn’t really fit into these categories. Then I learned about being trans* and for many years I struggled with that, thinking that since I didn’t fit with either male or female, then this box would have to be the box for me. I almost started transitioning a few times. Drag gave me a bit of freedom during that time, not having to make a life changing decision, but getting to play with my gender expression and morphing back and forth between the poles of that particular spectrum. Now that I understand that I am non-binary, there is no pressure anymore. Drag is now fun, it’s glamour and beauty and helps me reach more people when I have something to say.”

Of course, being queer can be hard, it can be isolating, it can mean facing harassment and hate, and, on the other side of that, being exploited, but Barbie reminds us the beauty of being queer: “I will forever be amazed by what we as queer people can do when we get together and decide to “use our powers for good”. The feeling of unity that will sometimes happen in those moments, bringing together people who have never met each other before but who share the same set of scars somewhere is just magical.”

“We can be real bitches to each other but when we transcend that internalised bullshit, sometimes we soar and I love those moments. Chosen Family is a concept that’s not exclusive to queer people but it has a special meaning to us because so many of us had to find a new family after coming out. Those bonds can last forever and that’s another thing I wouldn’t trade in for anything.”

Click here
“My pride history is also a riot history, as it reminds me that we have to continue to fight and be loud.”

For those who aren’t sure of their identity, or are struggling, Barbie suggests various resources: “There’s a myriad of podcasts these days but to anyone who understands German, I’d like to recommend my Tragisch, Aber Geil podcast and 2old2dieyoung. The first is an interview podcast, I talk to a lot of amazingly smart and strong queer people (not everyone is queer, but the stories are fascinating and helpful nonetheless) and I know that many, many people have already learned a lot from their stories and managed to apply some of that to their own lives.  The second one is about queer movies, books and tv-shows. We get many emails from queers and straights alike that tell us that they learned a lot while pissing their pants laughing. So yeah, I think that’s a good place to start.”

We are baffled by Barbie Breakout’s knowledge, advice and love. Don’t hesitate to check out her social media, to find out more on her podcasts, books and next big projects.