Real characters, not-so-ordinary stories and a lot of natural light are what make the queer creative duo of Allie Leepson and Jesse McClary truly wonderful and unavoidable. Being a married photography team, their work draws from their own experiences lacking representation and focuses on the ever-changing reality of being queer in the United States of America. With their images being featured as part our Visible Love exhibition series, we sat down with Allie and Jesse to discuss the over-sexualization of queer people, what being trans really looks like and how small things can lead to big changes in society. 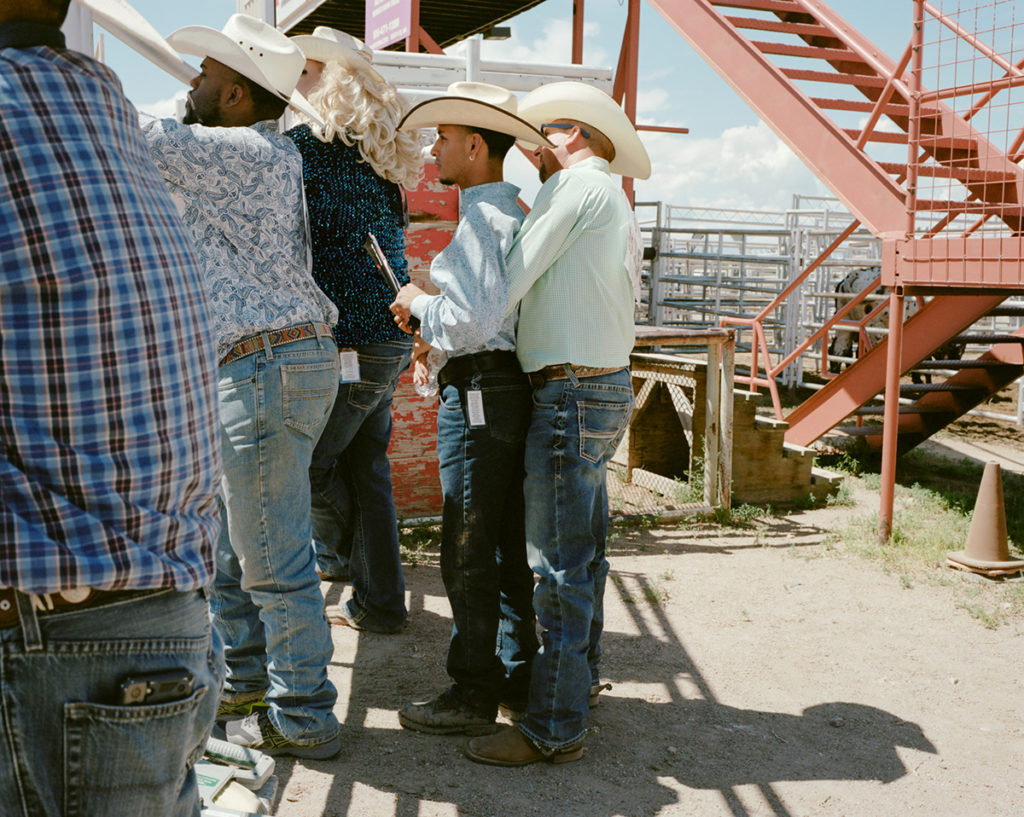 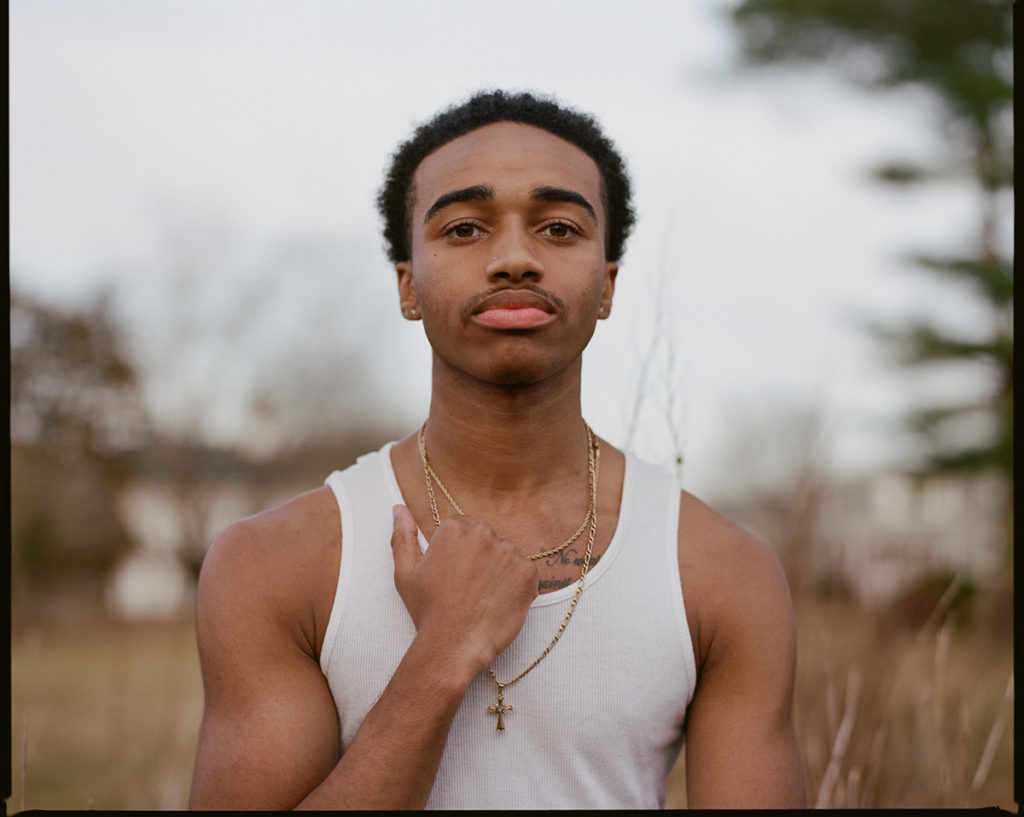 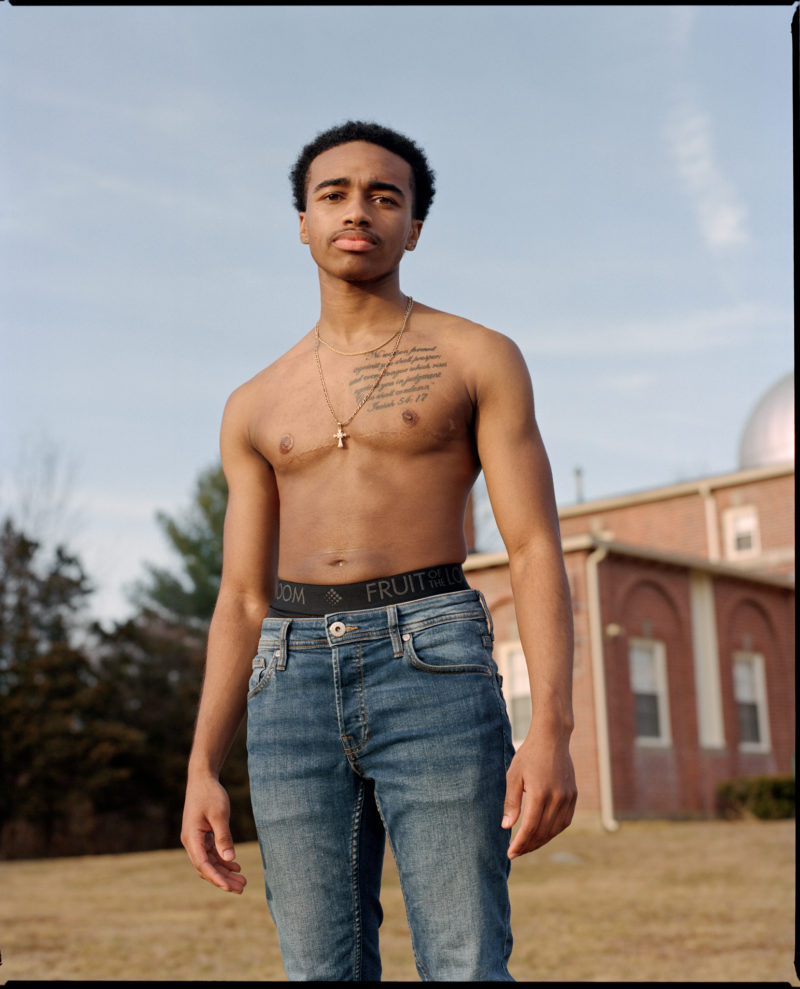 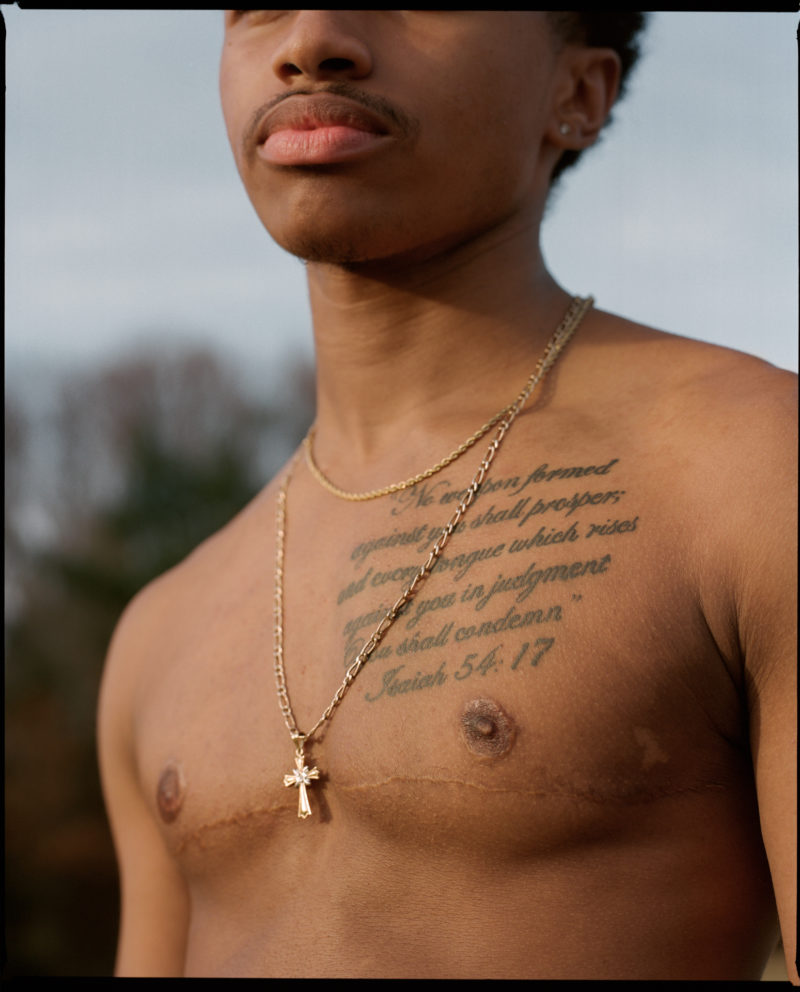 How did you and the people around you handle your own queerness while growing up?

Jesse: I grew up in New England and didn’t know any queer people. That made it take a really long time for me to accept things about myself, and even to have the language to describe what I thought was going on with me. I didn’t come out until after college. My family and friends were very accepting and loving, but I’m going through another round of it now as I’m coming out as trans. It’s been very interesting, but I wish this all could have happened at once.

Allie: I had a different experience. I came out very young, around thirteen. My parents never pushed me to be anything I wasn’t and gave me a lot of room to explore. I had the freedom to dye my hair different colors and get piercings.

It was a few years later when my family moved outside of New York City. I started to spend a lot of time there with my friends and it exposed me to a whole new world.

Jesse: Where I grew up, the closest major city that we had access to was Boston, but it’s still a very traditional city. My family and I would visit New York, but as I learned later in life, going to NYC for a vacation is a lot different than actually living there. 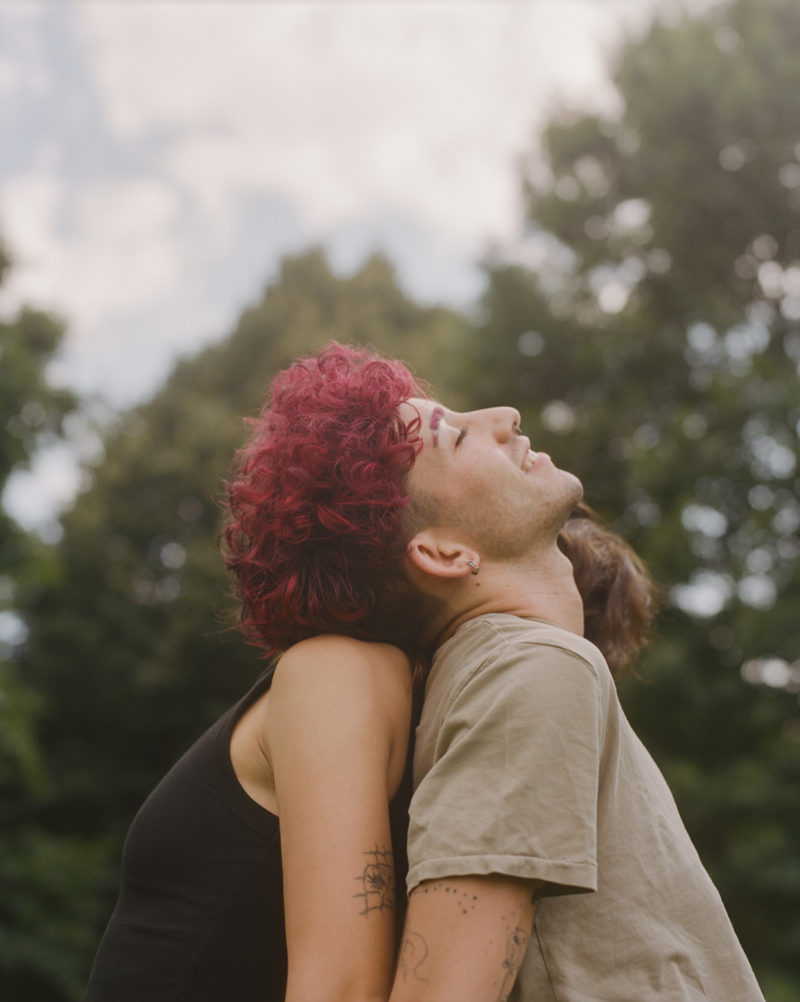 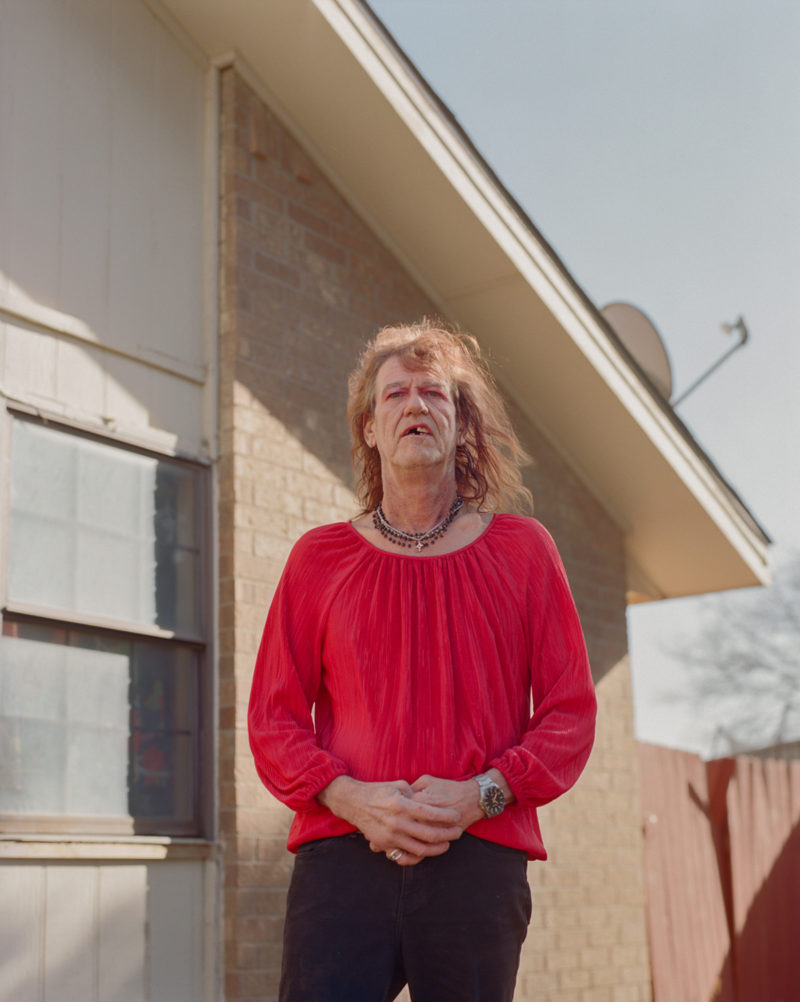 “A straight person who has very little experience may have heard trans stories, read some headlines, knows that something’s going on, but doesn’t have a visual on what it looks like to be trans.”

How important is representation?

Jesse: Since coming to terms with my own queer and trans experience, it’s been very important to me to see more people like me. Our photos felt like a natural extension of what we needed. It made us happy to be around people whose stories were like ours, and help them share them.
The other thing that I’m realizing now is that having representation is equally important to cis and heterosexual people who need to understand what being queer or trans means. A straight person who has very little experience may have heard trans stories, read some headlines, knows that something’s going on, but doesn’t have a visual on what it looks like to be trans.

Allie: We have always used our work to show what queerness and queer love looks like. Especially the softer side of queerness since I feel it’s often being portrayed eccentrically which is beautiful and needed, but we never felt represented by it.

How did the role of queerness in general change in contemporary American culture over the past couple of years?

Jesse: I think when we started, we were in a very happy period for queer people. Marriage was getting legalized on a state by state level, then federally, and I think that felt celebratory for us. Now I do feel like we’re swinging back, it feels more and more like a fight again.
Of course, there’s always been an underlying fight. We have gotten to meet and work with a lot of queer folks in rural areas or states where legislation is even more restricted than where we live. It’s never been easy. Yet now, the Supreme Court is planning to overturn Roe v Wade and everything seems to be heading towards a repressive direction. You can feel tension rising. 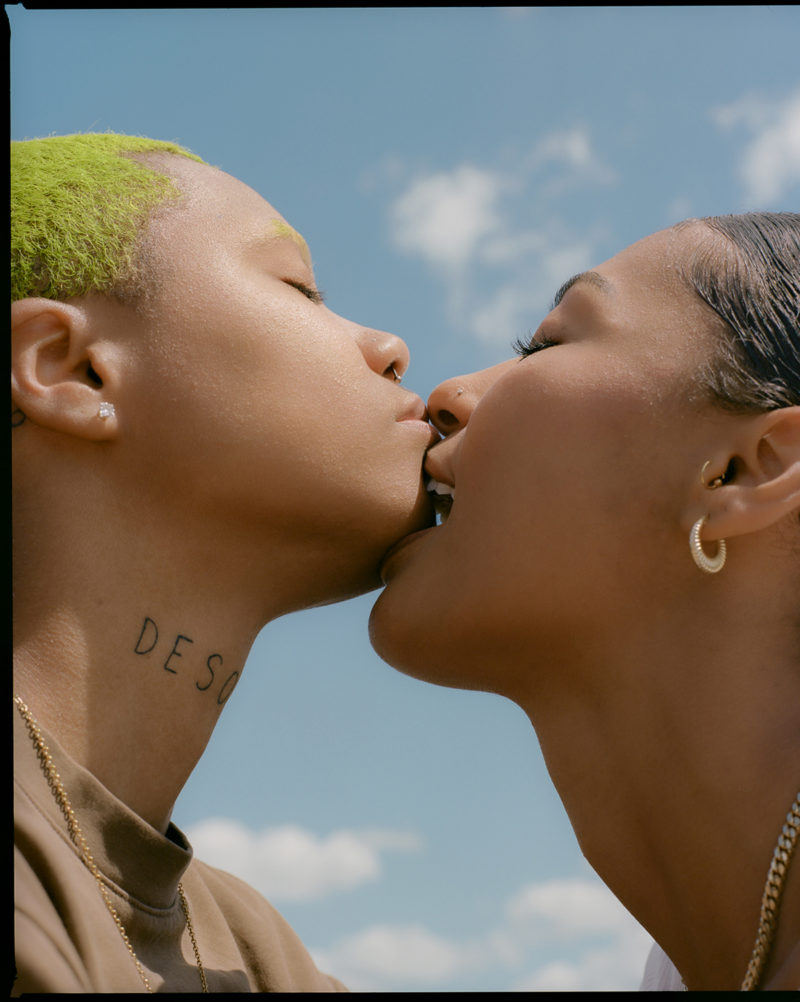 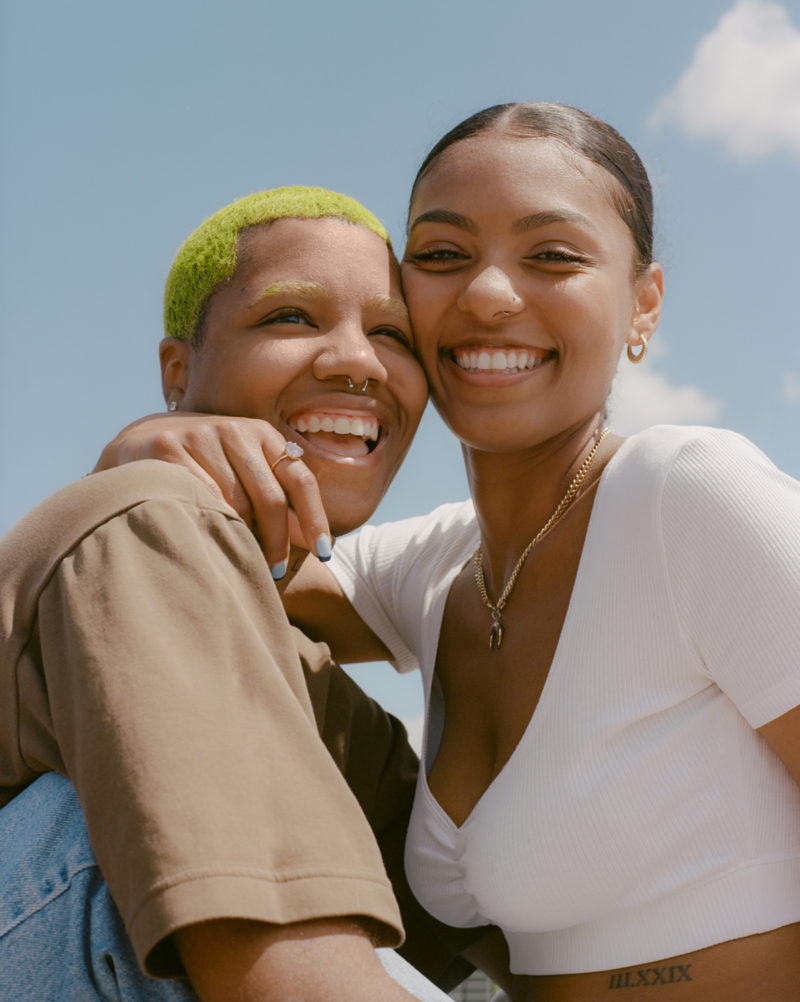 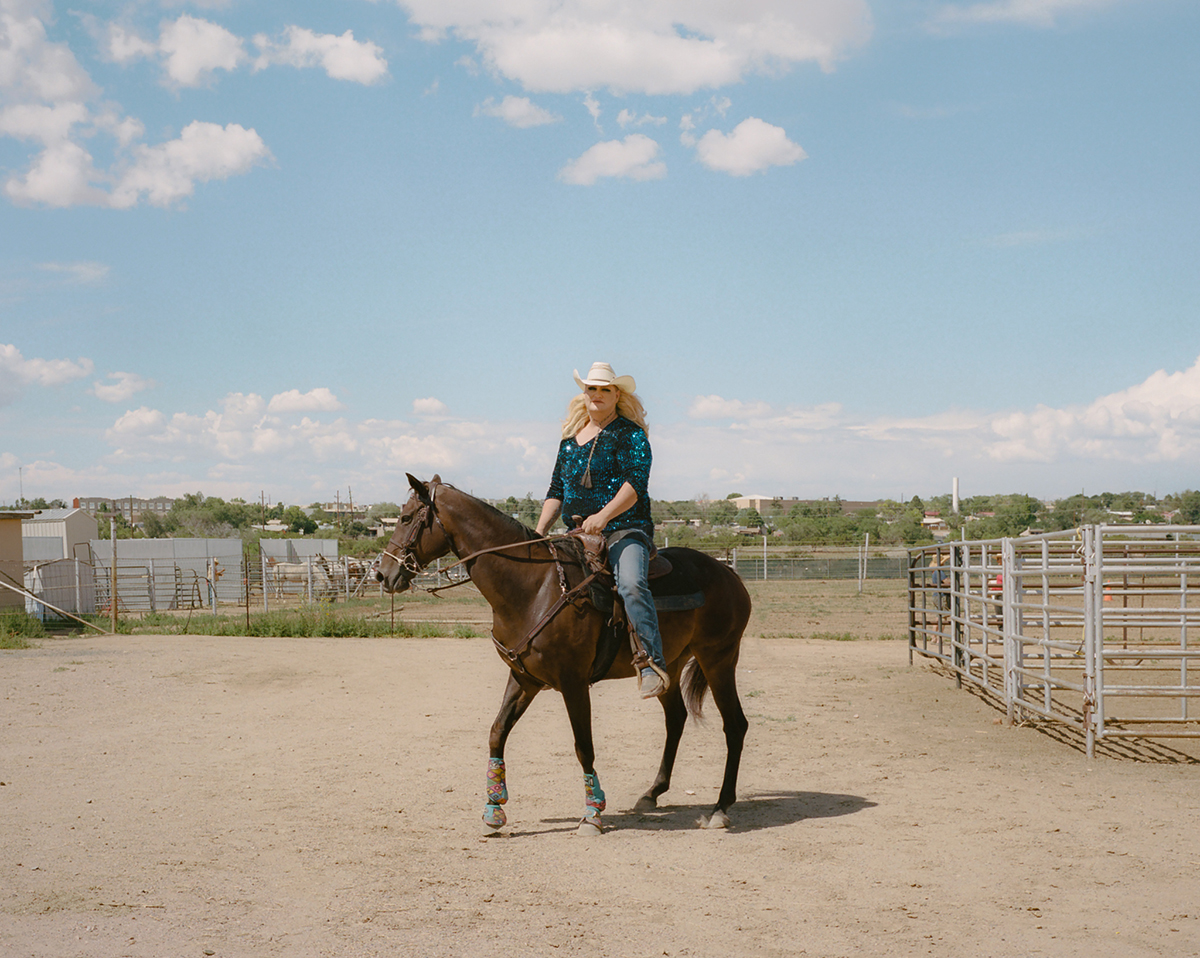 “Queer people have always been over-sexualized. It’s been the main point of attack for many. It feels like that’s being heightened again, that people are treating queerness as sexual deviance.”

Do you think that there are certain stigmas that are making a comeback?

Jesse: Queer people have always been over-sexualized. It’s been the main point of attack for many. It feels like that’s being heightened again, that people are treating queerness as sexual deviance.

Allie: For example, every year there is a big controversy about kink at Pride. Recently, many think of this as a risk, there is a resurgence of people  who think these things shouldn’t be  shown at Pride, because it’s a family event.

Jesse: Add to that people being afraid of running into a trans woman in a bathroom. I guess we just had a few good years when the language wasn’t as harsh and constant as it feels today.

Allie: We were definitely living in our own echo chambers of beliefs and values. Ever since the Trump-era, social media has gotten so much more violent and algorithms are making it easier to find the content that fuels hatred–very heavy in anti-trans rhetoric now. It’s a reminder that although we don’t see or experience these things every day, these problems still exist and they may be closer to home than we like to think.

Is there such a thing as good or bad publicity when it comes to Pride?

Allie: Usually, I have mixed feelings about corporate Pride, but it can lead to good things. For example, this year in America, Target is working with Tomboyx, a brand that has designed boxers and binders for non-cis male bodies–and they are selling them for less than what they normally retail for. It’s much more accessible.

Jesse: It’s good that we have a month dedicated for queer people, but it should be like this all year around. When we want to work with brands, sometimes we still face this kind of hesitation to take on these stories outside of June.
We don’t want to be known as queer artists but we would never hide from our queerness. Sometimes you get musicians or other people within pop culture who don’t feel the need to discuss their sexuality, and I get that, but we are not at a point yet where things are normalized enough to have the luxury not to talk about queerness if you have the platform and safety for it.
When I think back on my younger self, probably half of the people I knew were actually queer in some way. But I didn’t know about it at the time. I just felt alone. I felt like I was abnormal. If somebody would have told me that yes, I’m like this too, that would have changed so much for me. 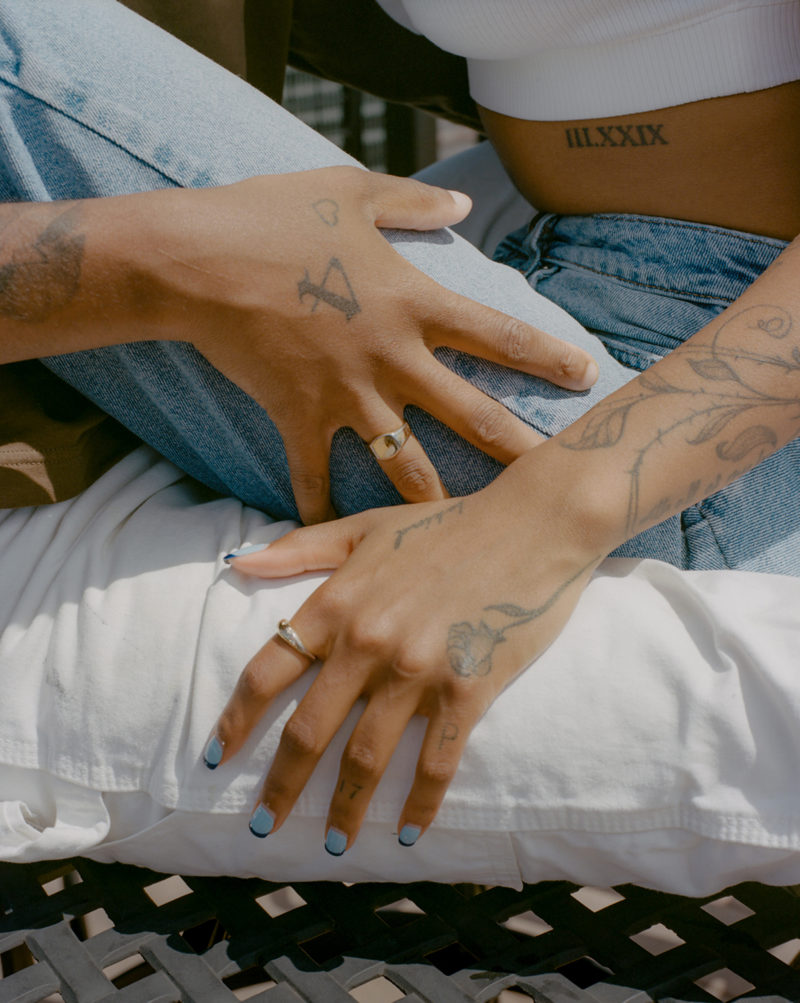 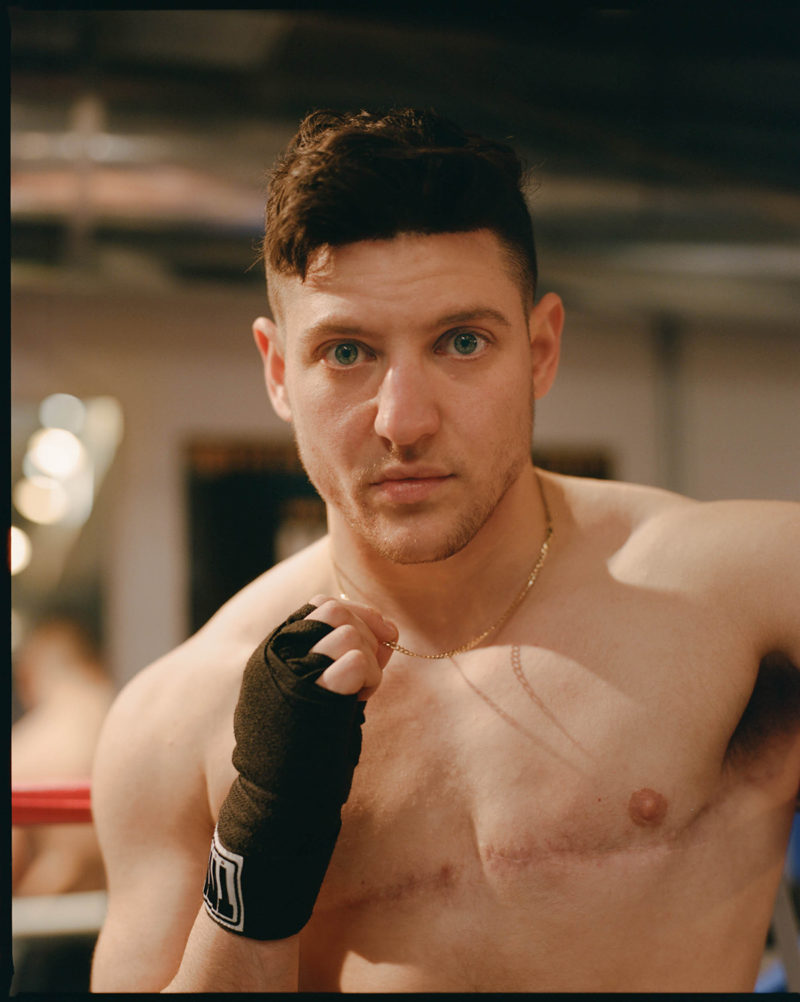 Being openly queer is an earned right that we are keep fighting for. Why is it still so easy for many to victimize queer people?

Jesse: It’s simply out of fear. If most of those people had somebody in their lives that they loved and that was queer, things would change – even for people who might have grown up in very religious households. I’ve got friends whose parents can’t fully accept them, yet I like to hope their feelings are still coming from a place of love. It’s just that these ideas that being gay is sinister and will result in you going to hell  are so indoctrinated in them.

Allie: There is just still not a lot of information out there. I feel like most people don’t understand and don’t have the exposure to queer or trans people until their own family member comes out.

Jesse: You are always going to find some people who are unable to come around to acceptance,, but at least we know there will be a greater chance if they love somebody who’s going through this process. It forces people to educate themselves. Otherwise, all you are seeing are ideas like “hormone therapy and kids equals bad”. Without your own drive to learn, the only things people are exposed to is whatever CNN or Fox News tells them. People usually only do further research on the things that deeply affect them personally or by association.

Why do you feel like you need to give back something to your community?

Jesse: I’m not sure if I’m feeling like we are giving back or doing charity. We are still doing the groundwork. As we said before, you get into this bubble where most of our friends are queer, or at least very liberal and you forget. Step out of it and you instantly realize that who you are isn’t okay everywhere.

“Queerness and culture can be so varied depending on where you live and who’s in your own bubble. Without looking elsewhere, we can forget how much of a fight it still is for so many people.”

Why is stepping out of these bubbles from time to time important?

Allie: Queerness and culture can be so varied depending on where you live and who’s in your own bubble. Without looking elsewhere, we can forget how much of a fight it still is for so many people. We actively seek out stories that are different from our own experience. For example, a lot of our work has to do with a rural queer experience. Queerness looks a lot different in rural America than it does in New York or LA.

Jen: It’s so easy to look at Pride in New York and say that everybody can be whatever they want, but that is such a small part of the country or the world where that is actually safe.

Are you happy with the changes that you see in the next generation’s attitude towards queerness?

Allie: They are so much more open. A lot of kids don’t even have to come out anymore! They just start dating someone, and that’s it.

Jen: And it’s not just kids–adults and elders are getting to live out their own truths. We photographed a trans woman in West Texas who just came out now, in her 70’s. It’s really amazing. For everyone, it’s such a different experience in such a small space of time. 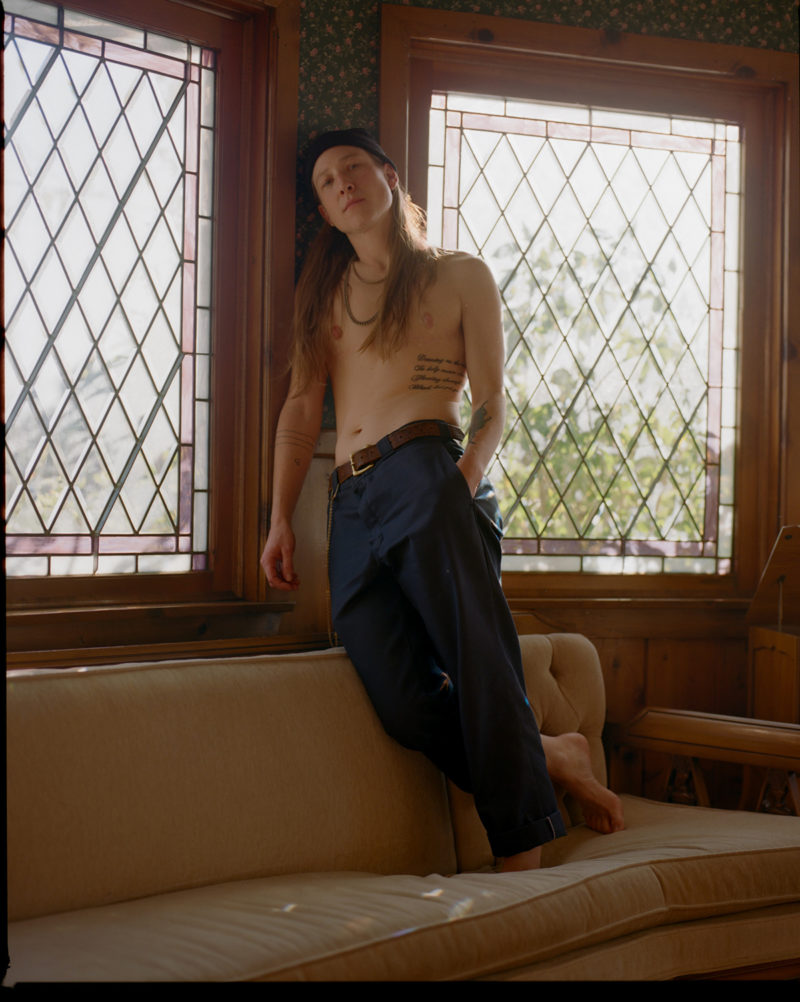 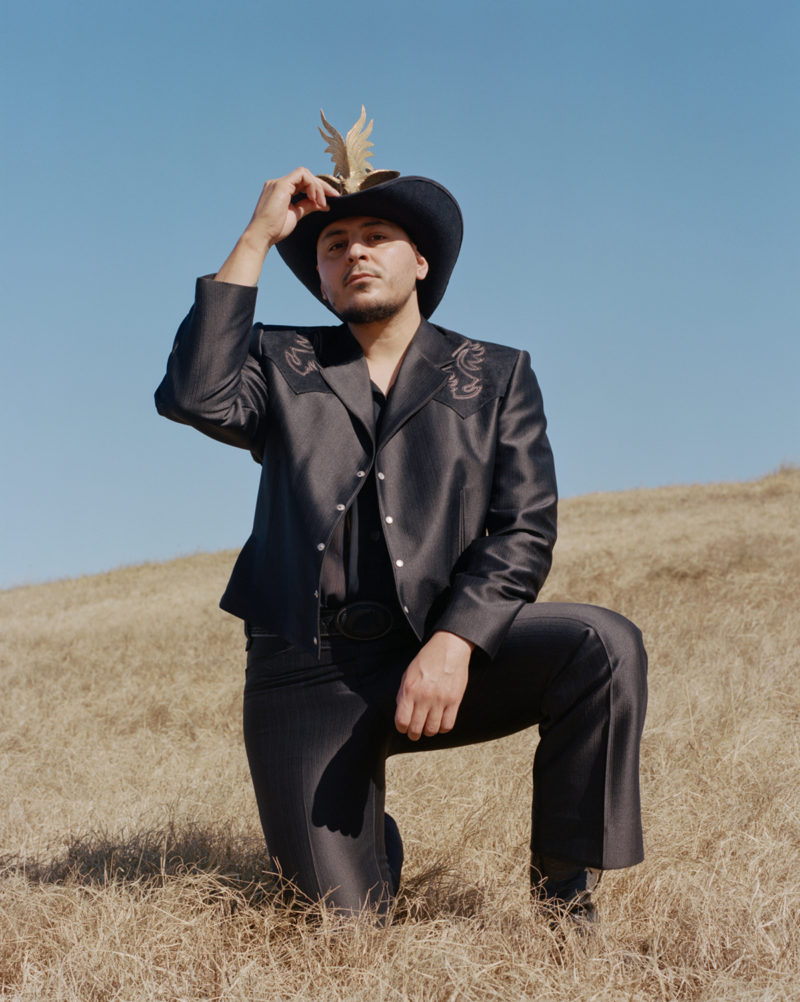 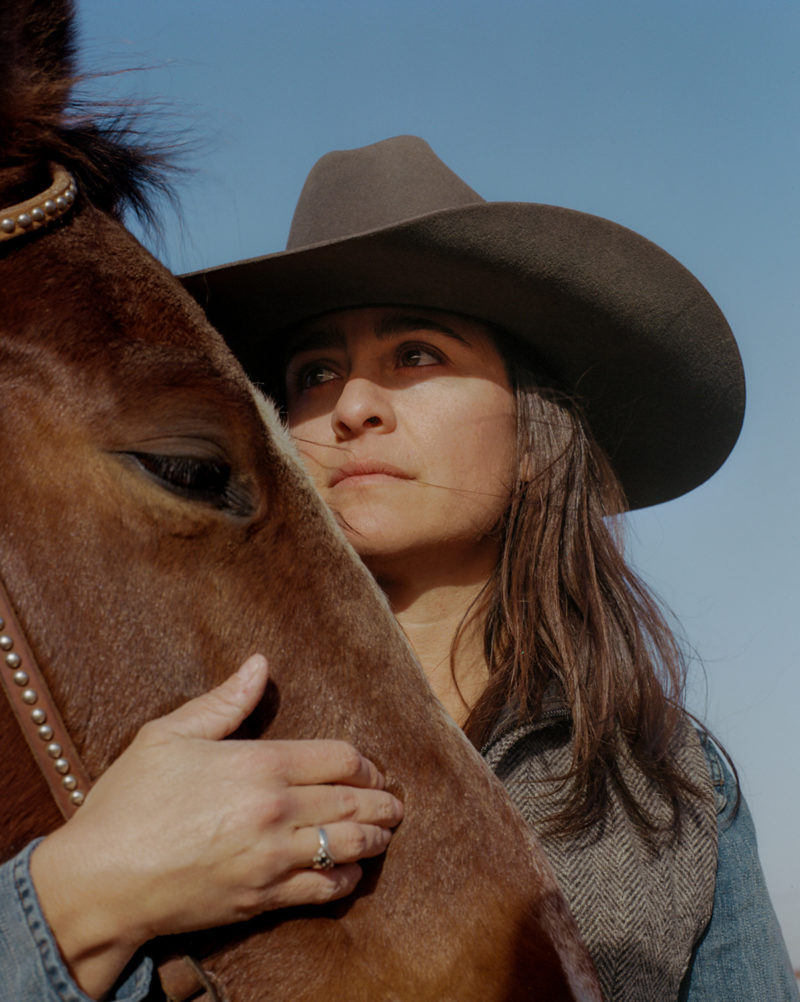