Stefan Gunnesch is a Leipzig based communications designer we have been following for a while, stunned by his play with abstraction and anonymization of the human body with techniques of collage, painting, and drawing. Simplified, graphical, alienated – the art of Stefan is kind of Zeitgeist, but timeless at the same time. He describes his way of working as a search to the inner self, by reflecting and thinking about his own body, mistakes and identities. 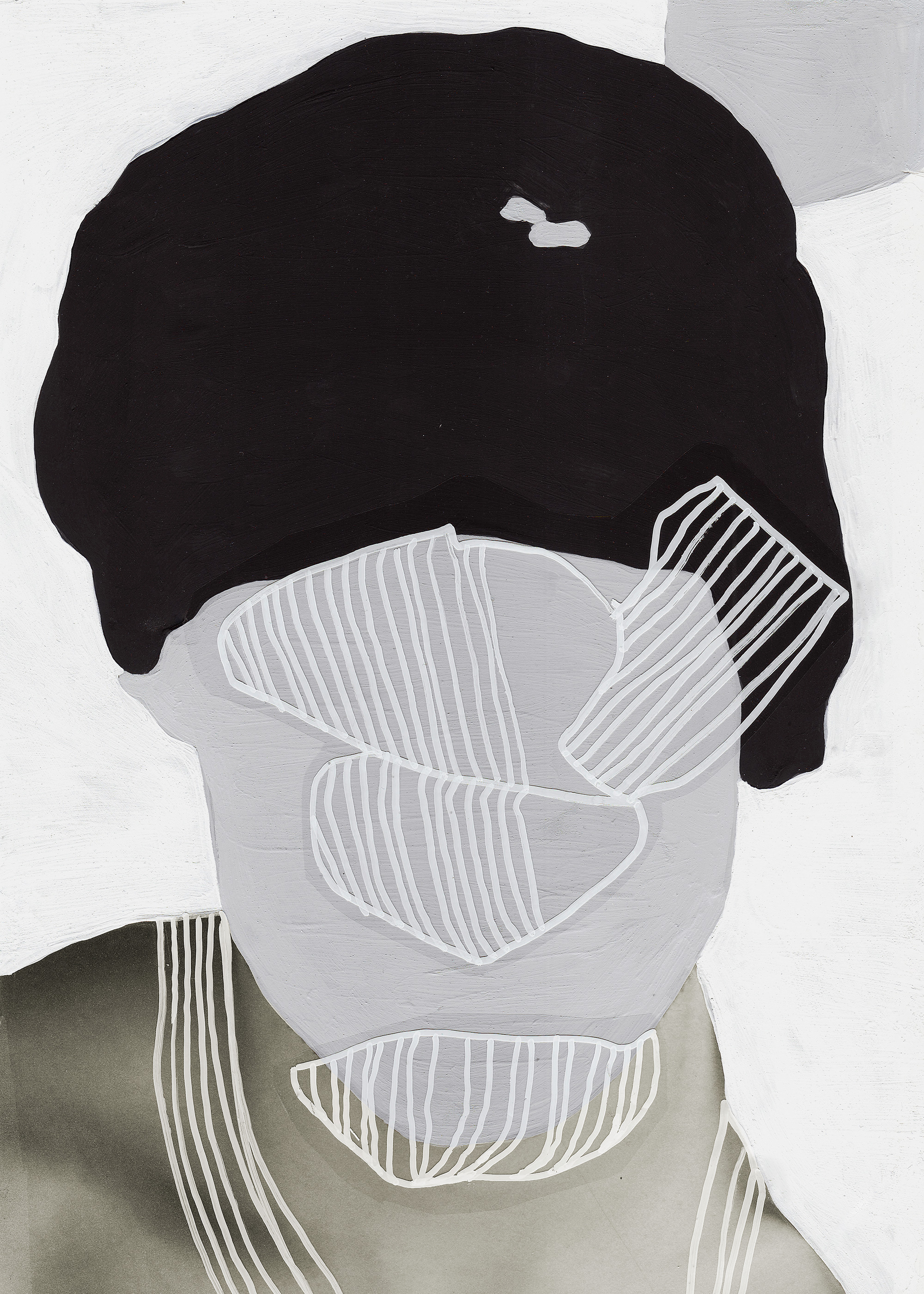 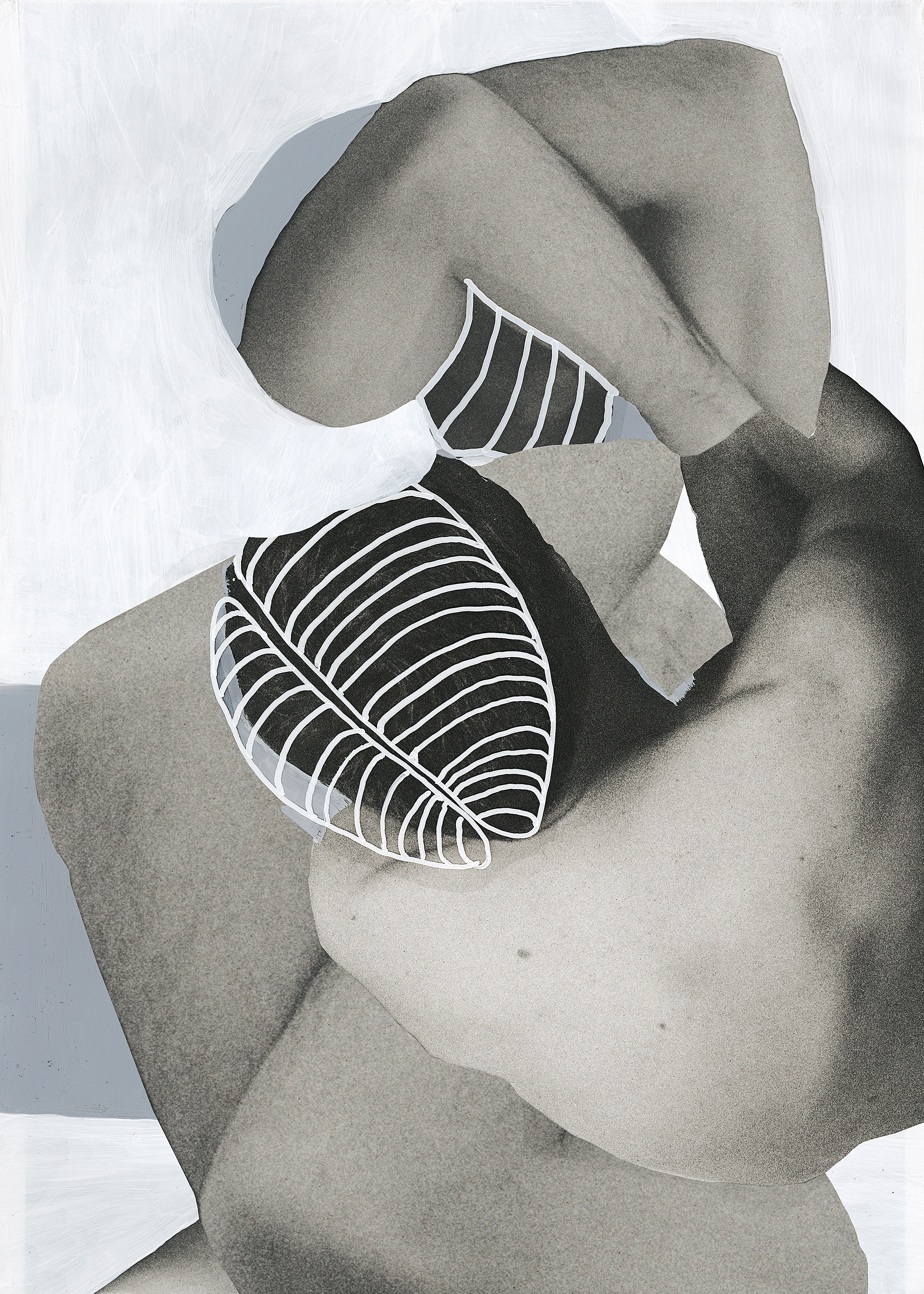 What did you do just before this Interview? We’re curious about how your life looks like.

I actually had coffee. It’s a typical day which I start with a cup of coffee and make use of some time for administrative stuff. I have several projects in the making which have to be coordinated. So my artistic work has to do a lot with organisation right now. Right after this interview I have to attend a meeting about an upcoming exhibition.

You’ve just come back from the U.S., right? Why did you travel there?

Right, I’ve been to New York for the past two weeks. One of the reasons was that I participate in an exhibition at Center for Book Arts in Manhattan. On top of that I did some research for a new arts project, and collected inspiration and material.

Could you imagine living and working there?

Of course! Maybe not for ever but at least for some time. New York is a fascinating city, sizzling with creativity. Last year (and this year, too) I had some commercial jobs coming over from there. It would make sense to spend some serious time there if I had long-term projects in the making. Let’s see what the future brings!

You collaborated with London photographer Paul Peter last year, we’ve presented him a couple of times already. How did that collaboration work and how did you present the result?

Paul Peter worked on a publication last year, intending to use collages, that’s how we got talking, and I had the chance to work with some of his photographies. These collages got used in a limited CUT/THROAT edition. The book was sold by Clair de Rouen Books in London among others – but stocks are down now, as far as I have heard.

I’m a fan of your work. I collaborated on and off with a few photographers until some years ago, too, and created mash-ups for different exhibitions and editorials. The first Container Love in 2013 was actually one single giant collage through which you could wander tin a tunnel of neon light. So sad that we haven’t met yet back then. But let’s take a look at your beginnings. Since when are you specialized in collages and why?

As soon as I started studying arts at uni I developed this passion for working with ready-made pictures. Traditional techniques like painting and drawing also work for me, but especially doing collages is a way for me to work as a compositor and at the same time to cross-refer to different media like photography and printing graphics. When I graduated my initial focus was book design. Collages have steadily re-entered again – also as motifs in my books. My strong emphasis on collages started four years ago.

What was the topic of your first collage series and which material did you use?

The first bigger collage series I started working on – and still work on – is my DAEMONIEN series, where I combine the prioritized material photography with mash-up, painting and drawing.

We showed some of these pieces at Container Love. Which kind of stories are behind the pictures?What has influenced and made an imprint on you?

It actually started with (and was named after) an essay by Carl Ludwig Schleich from 1920. “The Me and the Daemonien” is a pretty philosophical retreat into questions after the me and the soul, the inner procedures with body and mind, but also dives into DAEMONIEN, negative influences which matter to the self and personality. I found his thoughts extremely exciting and started experimenting with picture motifs and their coloration. I wanted to check out at which point I would react to a picture, and doing so without having the thinking filters on. Doing collages and painting over becomes an egotist acquisition of the picture motif. This process in my work has become a central part of the projects – besides the final collage, of course.

Which statement is hidden in your work?

I would not necessarily name it “statement”, although my work surely conveys messages, but on a personal level I rather want to tell a story via associations. Most of the times I work very intuitively with collages, letting flow into them what inspires me, works in me, happens around me. First of all I want to connect to the audience’s feelings, memories and associations.

Where do you get the boys (I don’t recall the girls right now) for your collages from? Are you doing photos as well? Or are you looking for defined pictures and edit them?

My picture sources differ a lot from project to project. Some series exist through collaborations with photographers whose pictures appealed a lot to me. But I also used my own photos and self-portraits for another collage series. Sometimes I also use found pieces from jumble-sales and vintage material. It always depends on the starting point and the subject of the current work, and also which material would be of best use conceptually. And yet: I have a few girls in my work, too! 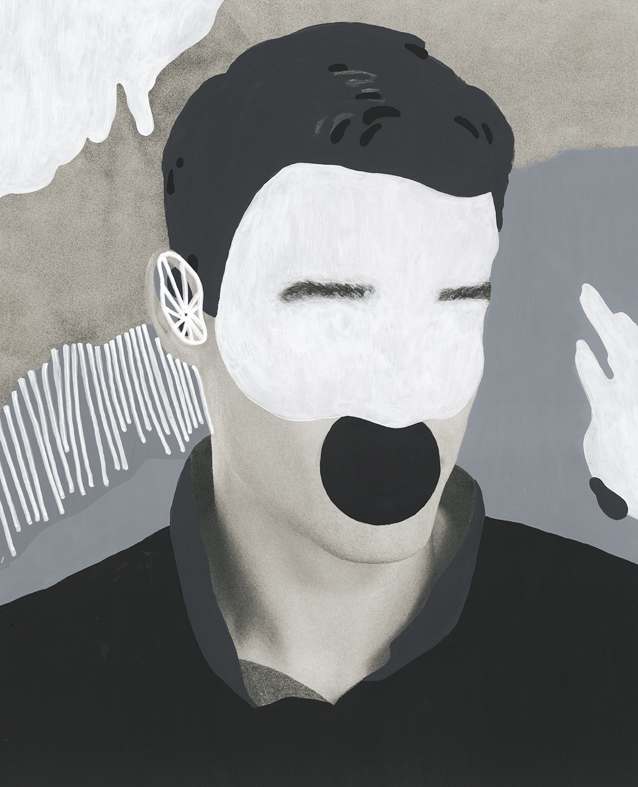 Container Love aims at showing the beauty of and in diversity, change points of view and create more tolerance. At this point I would say, what can be more diverse than modify body parts through collages and give a whole new meaning to it? Where in the Container Love concept do you find yourself?

I agree with you, Chris. This is also an important aspect which drives me in my work as an artist. Most of my pieces show bodies or fragments of them. The human body is becoming my new projection surface here. I like to play with abstraction and anonymisation of bodies. I have noticed that the audience reacts strongly to this kind of motif. Somehow it’s always about finding yourself in there which also inspires thinking about and feeling into your own body and with that your own identity.

Will we see you at the next Container Love? Maybe in a remake of THE TUNNEL OF LOVE?

Sure! I hope you’ll keep me updated!

Last but not least, let’s take a look into the future: which dream or which goal do you have in regard to your artist work?

That seems like the most difficult question here at the very end – I was seeing it coming! Okay, I could concentrate very much on my artist work since 2017, presenting my collage series and art books in international exhibitions. New projects and requests always came through that. To me it is something very special to be able to concentrate on my work like this, because otherwise I’d do it on the side, because artistic expression will always be a part of me. That’s why I can say that my big dream has been fulfilled already. I’d be super happy if that would go on for the next years – und new exciting projects follow.

Thanks a lot for the interview, Stefan.