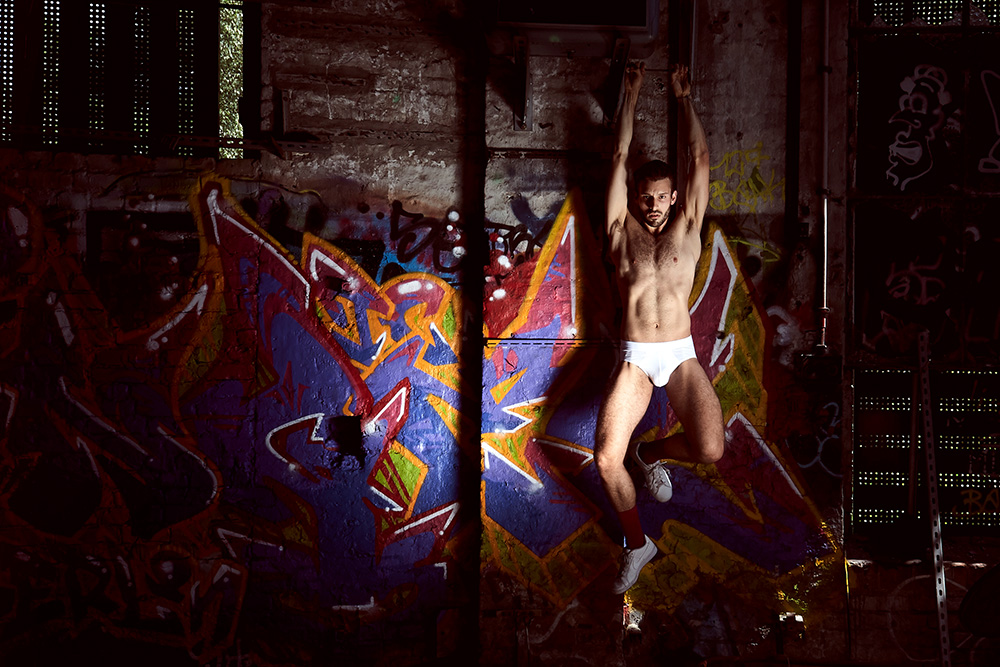 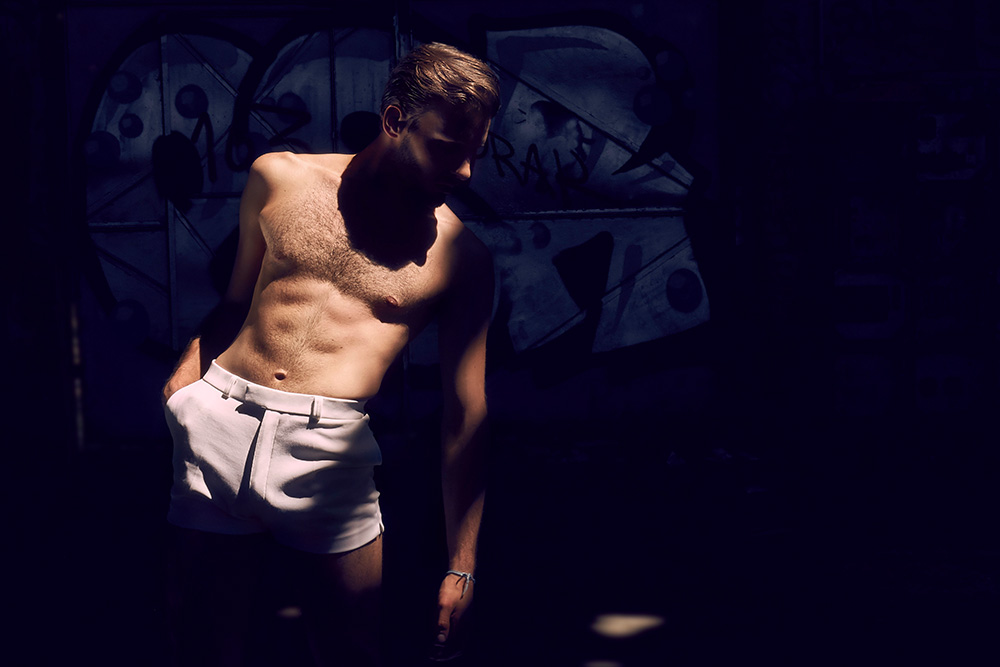 Marcel, tell us a little about you. What are you up to? Why did you move to Berlin?

Marcel Karussell: I moved to Berlin almost five years ago and I love it. Haha. Who doesn’t? I’ve always wanted to move to Berlin, and although it didn’t work out studies-wise, I always knew that I’d head for the capital after university latest. I was lucky and found a job in Berlin immediately after completing my Bachelor’s degree. First I was working for a while, but two years ago I decided to go for my Master’s degree in Arts and Media Administration. Currently I write my Master’s thesis titled “Challenges and perspectives for independent arthouse cinemas in Berlin”. 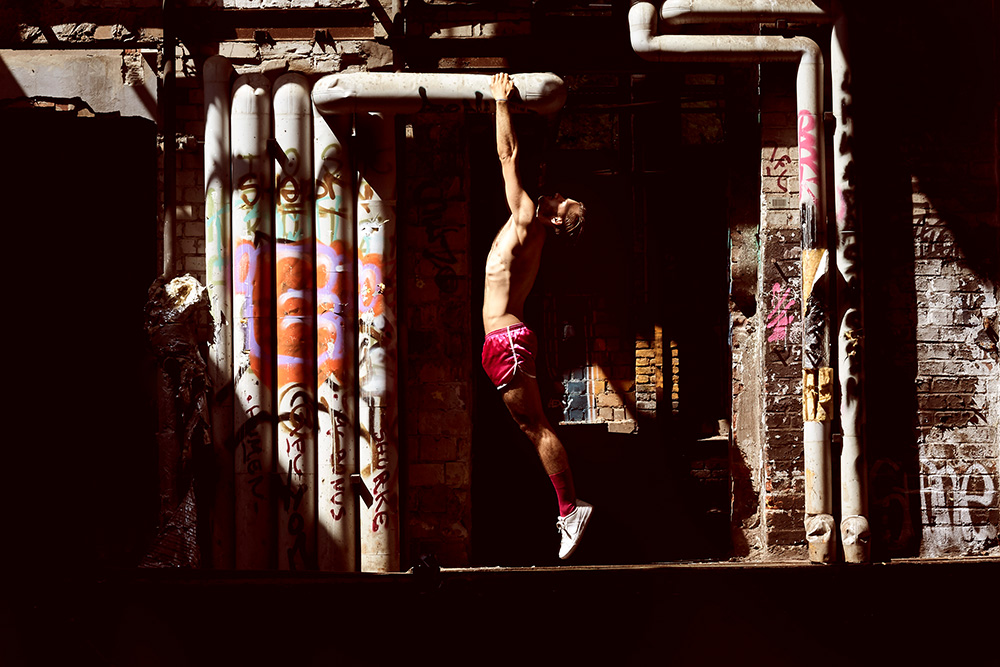 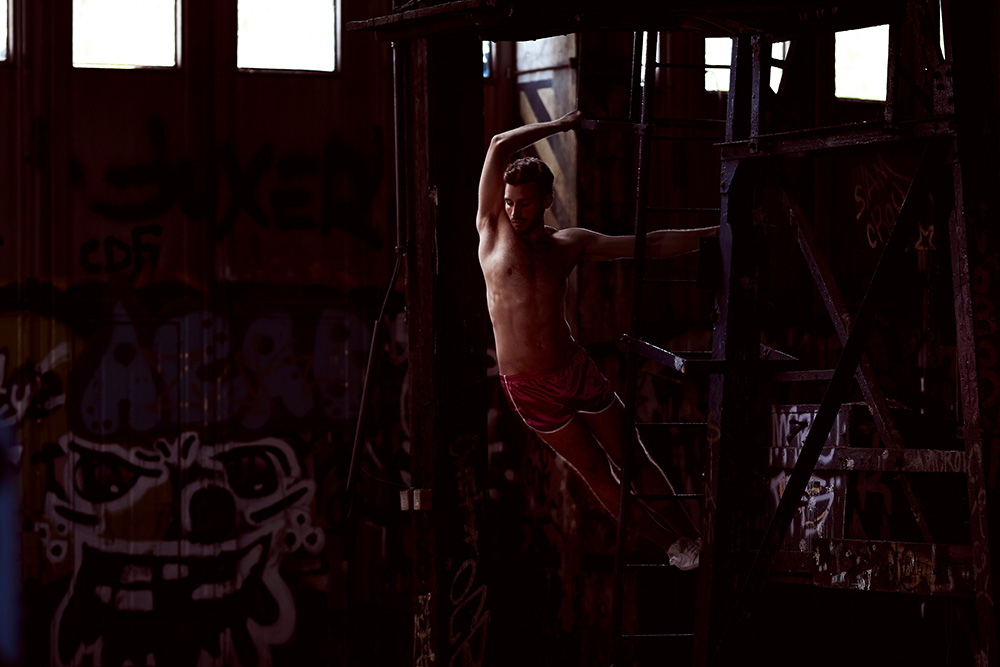 Can you imagine living in a place where you cannot move that freely?

Marcel Karussell: I am very happy to be in Berlin and don’t want to leave for a while. As I always say, “I haven’t had enough of Berlin yet!” And as long as I have the feeling that the city inspires me I don’t want to relocate. But I’ve had the opportunity to visit places in the past years which truly inspired me – San Francisco, New York, Stockholm or Barcelona. So, I’d rather commit to ‘Never say never’!

But regarding the aspect of your question, if I could imagine living in a country which inhibits my personal freedom, I’d like to tell a short anecdote. I worked as a translator – German/French/English – in Algeria a couple of times in 2015 and 2016. So that’s a country where my sexuality is prohibited and to exert it even legally prosecuted. I had lots of respect ahead of these travels since I did not know what to expect. But when I joined that society dominated by men, I quickly understood that there was no need to change my behavior except to better not tell that I’m gay. Their culture deems it normal for men to hold hands, also with me, to share their cup of tea and to hug you more often that you think is needed. My image was that of a European young man, my sexuality was not important. Nevertheless I cannot tell how they would have reacted if I, for example, had kissed my boy while sitting at the tea table (who was not with me on my travels at all, just an idea).

All in all it felt like I had to hide a part of me from them. That was not a good feeling and I could never have endured that for a longer time. 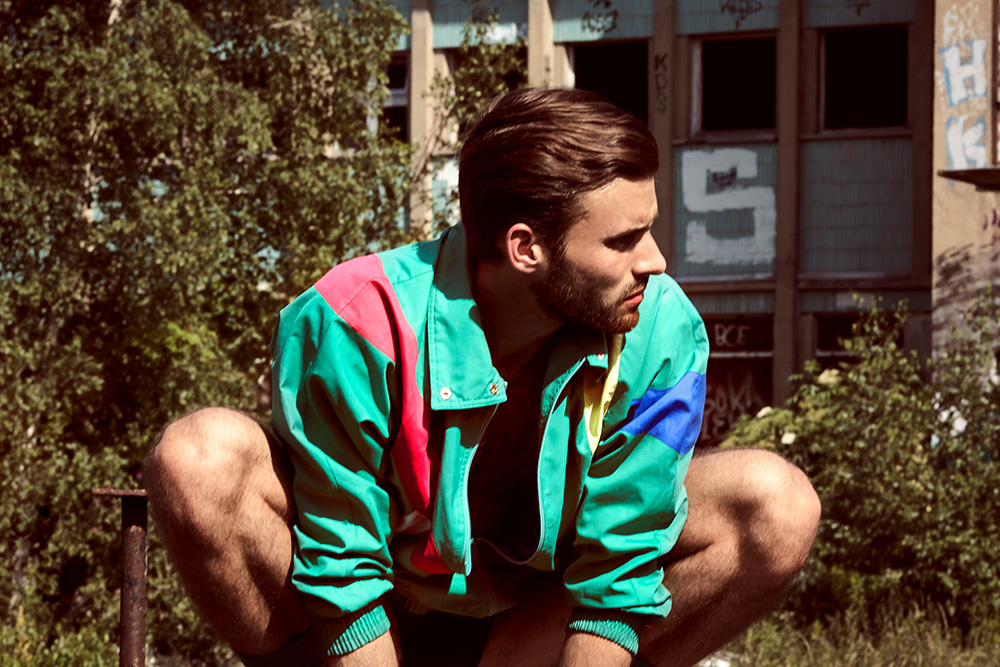 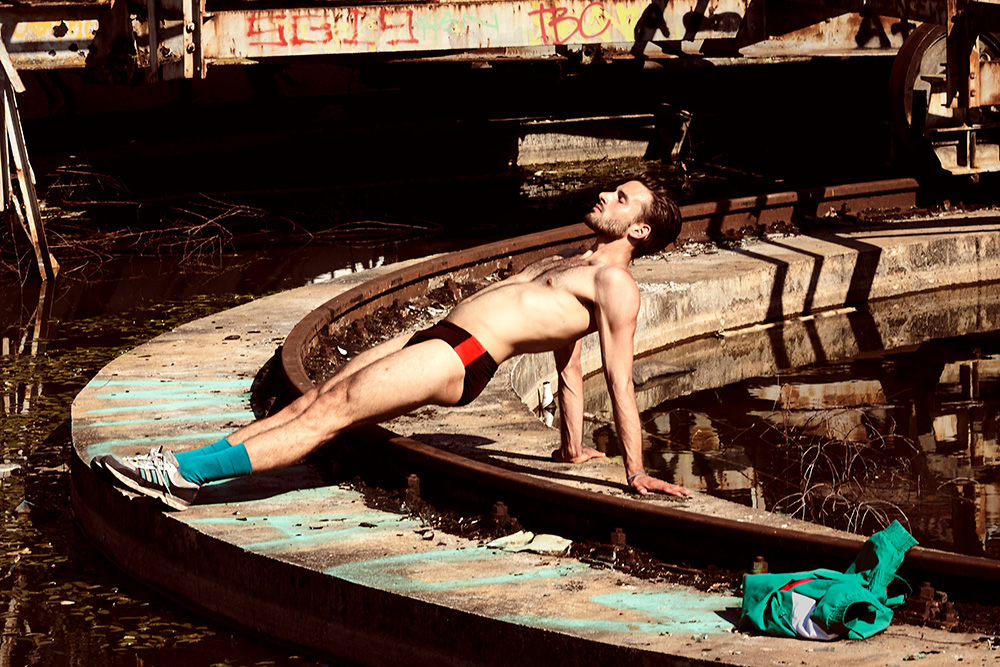 Not claiming, though, that Berlin is super tolerant or sufficiently enlightened… Where do you encounter ignorance, intolerance or hostilities in your everyday life?

Marcel Karussell: You’re so right. Berlin in my opinion is all in all very tolerant although not completely permeated by the idea of diversity, and the rest of Germany even less. I feel very comfy in Berlin, but sadly enough I also am exposed to homophobic aggressions in my everyday life. This can happen everywhere, the last time was at the kebab shop round the corner. I think that nobody should be allowed to cut down my freedom, so I’m up for a certain degree of counter action. But you always have to act considerate and responsible in these kinds of situations and prevent becoming subject to violence.

Apart from that, I have to admit that I can tell you a thing or two about digital hostility. For more than a year I am active on Insta, posting one pic of myself per day, and actually regard myself as a rep of the gay community in Berlin. Some like it more, others less. These critics obviously have no trouble hating others online. I think this is unbelievable and sometimes even crazy. Anyway as we all know, haters gonna hate, hate, hate… Which is not easy at all most of the times, especially when your Insta profile narrates your lifestyle and personality. Confrontation via Messenger rarely helps – face to face does. 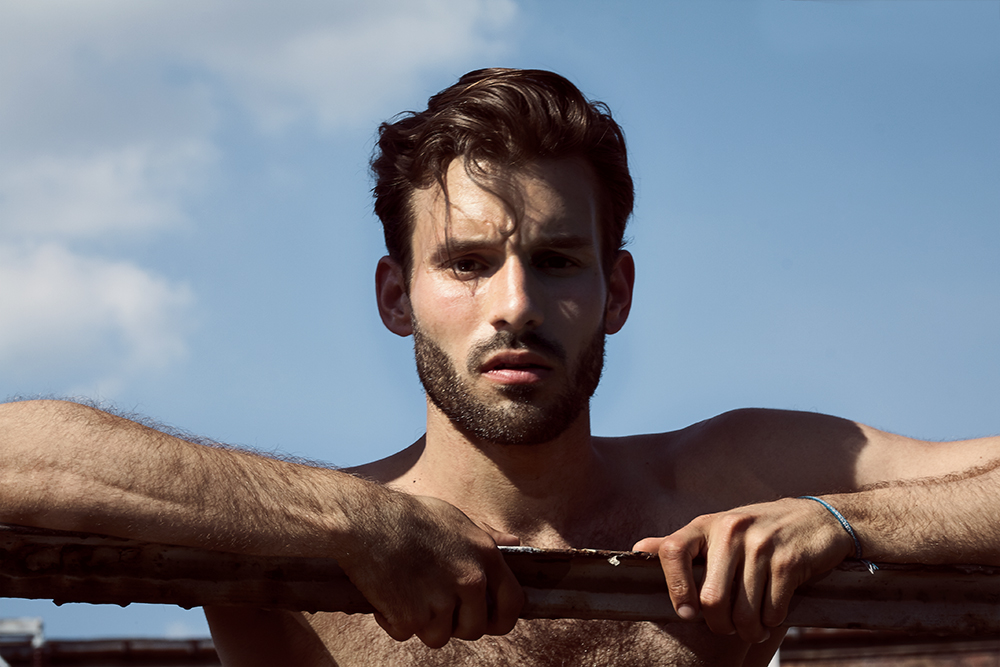 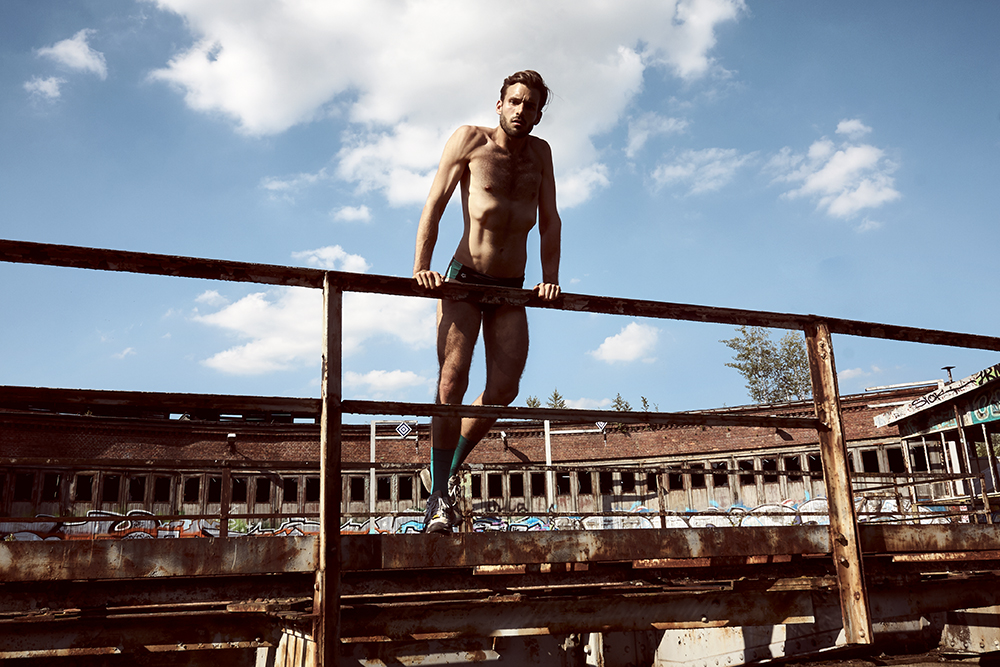 Container Love aims to highlight the beauty of diversity, readjust perspectives and angles and fight for more tolerance with the help of pictures and bass. Which part here connects with you?

Marcel Karussell: The complete project! The vision! Through and through! In my opinion the world needs more of these kinds of projects. Actually the Love Parade was created out of the same spirit at the beginning of the 90s: music is supposed to join and connect people and to create tolerance for every kind of love! And that’s what Container Love does as well. Mixing aesthetic queer art with attractive beats and sounds is just a happy combination. And as said before, Germany still has capacities for more diversity.

CONTAINER LOVE and everyone who love it and share their joy in it build a bridge to tolerance and mutual understanding. I am very happy to be part of CONTAINER LOVE. 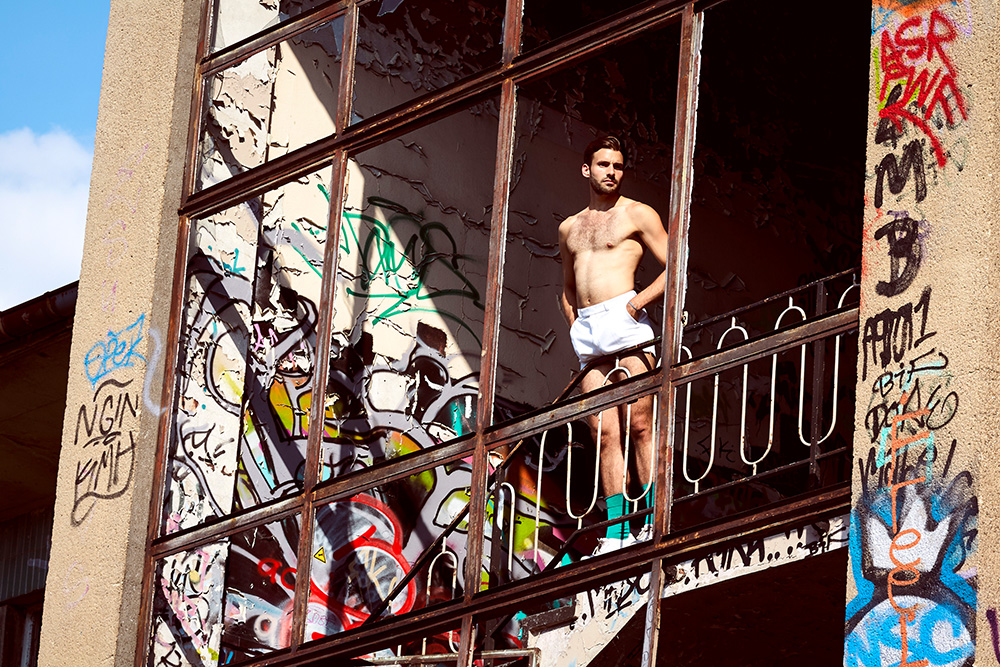 How do you think can we reach people best to change something?

Marcel Karussell: Via confrontation and then dissolution of prejudices. I can tell you about my parents, they’re a good example. They were far from ecstatic when I came out, but because they love me they tried to accept it. It became better when they met my gay friends and my boy and learnt about living queer. They have become more tolerant and aren’t ashamed of their son’s sexuality anymore at home in their catholic village in the South – they’re proud now! When visiting family or village celebrations they always talk about how great they think the CSD in Berlin was last year. They surprised me then – “Hello Marcel, we’re standing opposite the Brandenburg Tor, will you pick us up? We want to join!” … So sweet!

Merci beaucoup for the interview and always keep in mind: Love Wins! 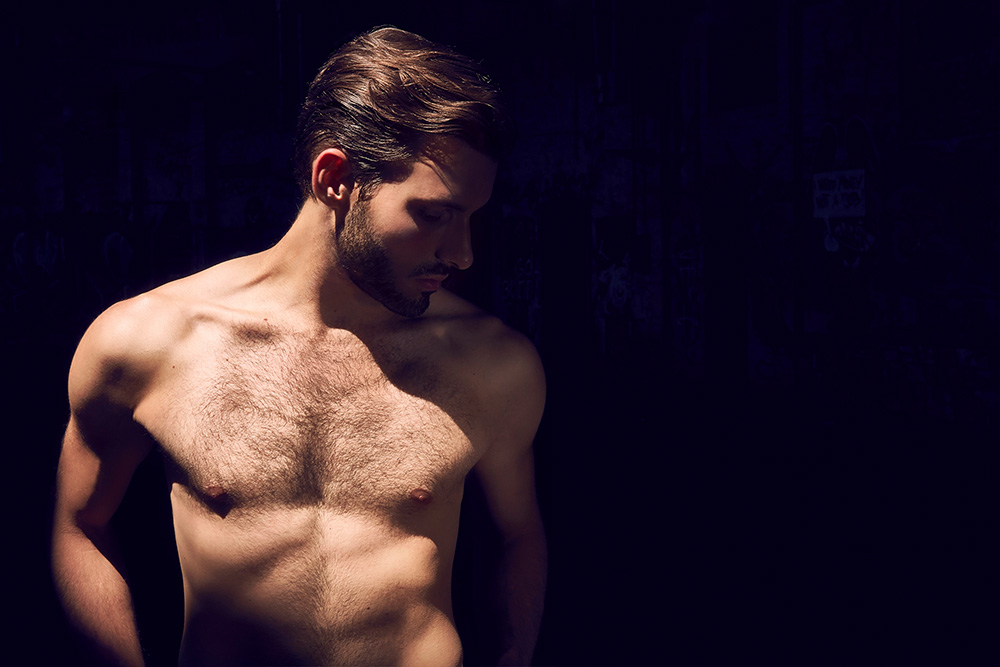 Thank you very much for your words and for supporting our love project, Marcel. Meet you at the carousel.