MY TWO LIVES IN ONE BOOK

MY TWO LIVES IN ONE BOOK

Sexually charged details of the male body, beautifully orchestrated moments, or the magnification of a fleeting moment – what exactly is it about the photographic universe of photographer Florian Hetz that makes it so fascinating to watch? Whatever it might be, we’re totally in love with his personal view of the individual beauty and the uniqueness of the male body. In his new book ZWEI (See part one of the story here) the photographer puts together two images – two worlds, a dialogue between two opposites or two photos that tell a story. We did a little interview with Florian to dive into his universe and to hear what he has to say about his new book ZWEI. 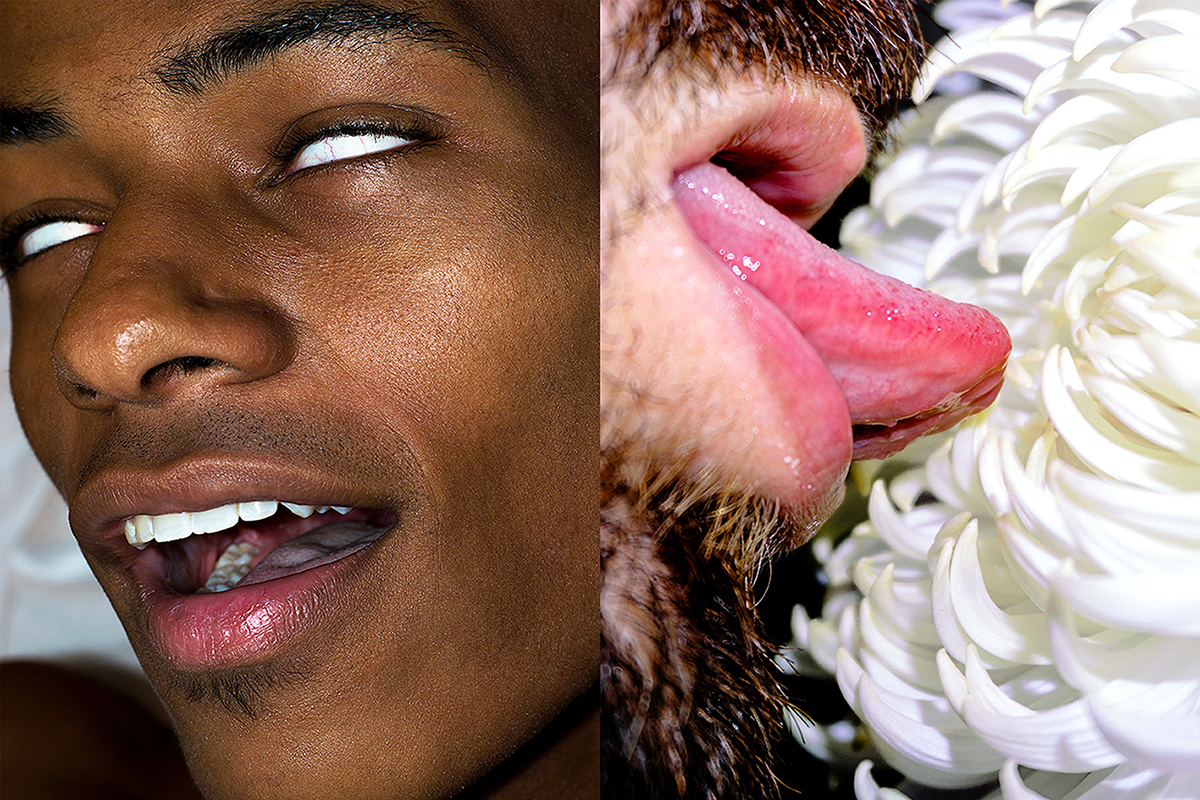 How are you? And what did you do before sitting down for the interview? In reference to your book title, let’s say in the last two hours?

I’m good. Getting ready for hibernation. Winter has always been challenging for me, and normally i would got to LA for a couple of months to cut winter short.

This year however, I’m gonna have the full on Berlin winter experience again.

During summer I shoot a lot. And as soon as the weather gets bad, I fully concentrate on post production. That keeps me occupied. And that was also what I’ve been doing the last two hours.

I started to take photos about 15 years ago, after a severe encephalitis fucked up my memory. In order to remember things, I took photos with a little camera. Kind of like a diary.

But end of 2015 I got a better camera and started to create photos, instead of snapping away. That’s when I started to develop my own language. 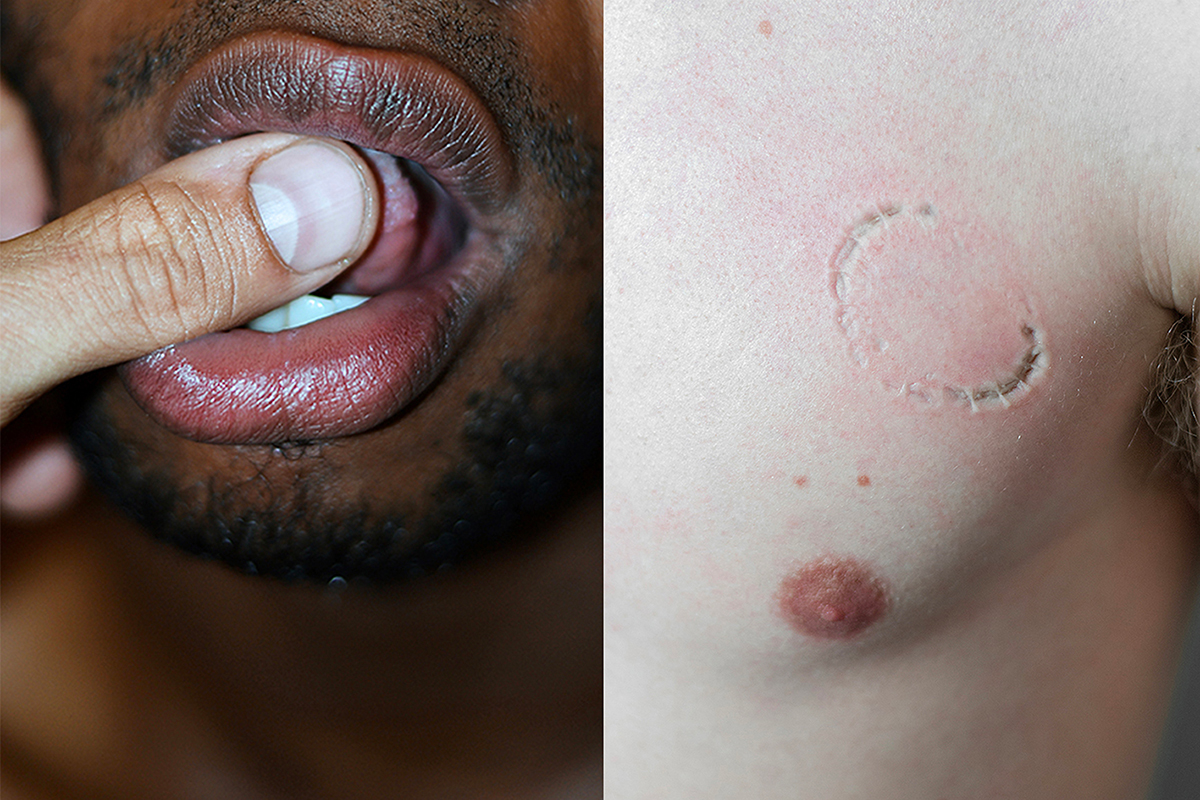 When hearing the name Florian Hetz, I immediately think of necklines, close ups, skin, but also of perfection in imperfection. So what is the perfect picture for you? And what ingredients does a model need to work with you and to create the perfect picture?

The only thing a sitter needs to bring to the shoot is a bit of confidence and curiosity about themselves. And since I mostly shoot with people that contact me for a shoot, they all already have that anyway. I wouldn’t very feel comfortable to talk someone into a photoshoot, that curiosity needs to come from the sitter. The majority of my sitters are no professional models and many of them are the first time in front of a professional camera, which can be easily overwhelming. For me the perfect picture is the one, where the person sees their own beauty through my eyes. I ideally I show them a new side of themselves.

I am very tactile, so i have one clear favourite for both sitter and photographer: the hands. Our hands tell so much about us. Another favourite is the neck. 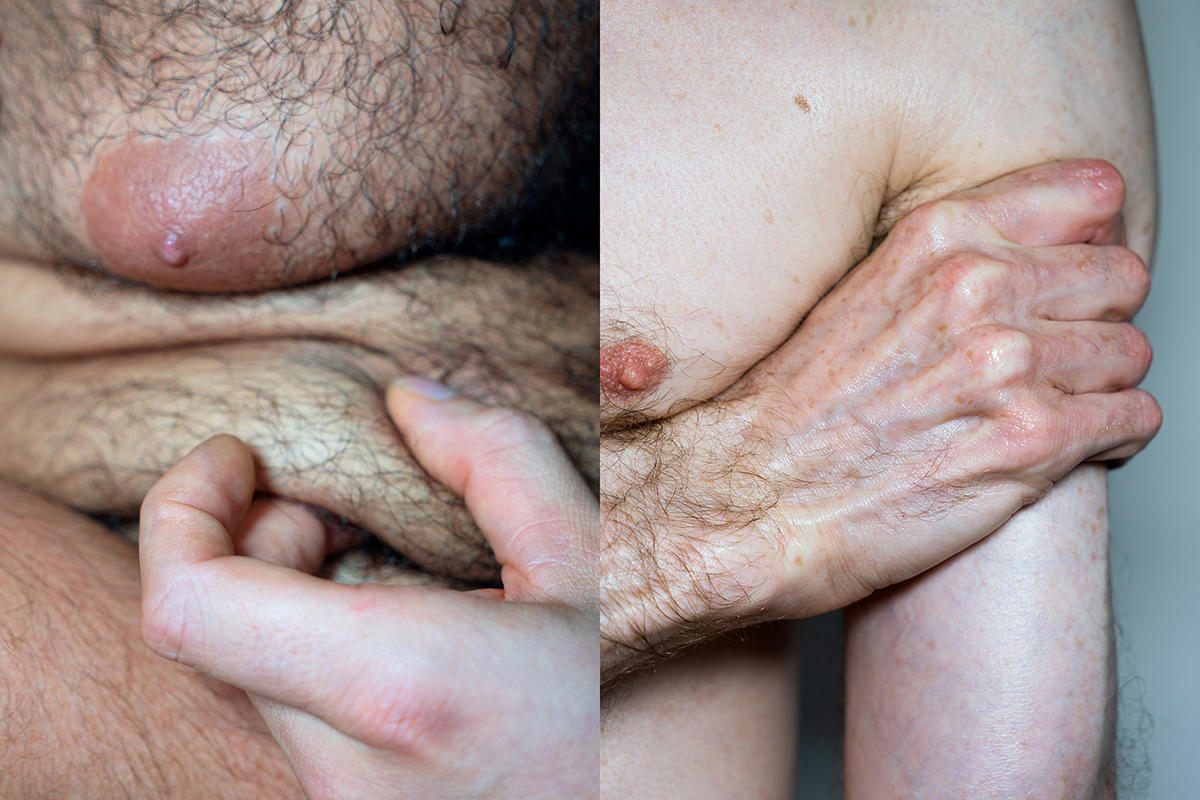 You live in Berlin and Los Angeles, right? Why these two cities? And do you have two lives?

Berlin is my home town. It’s very comfortable and easy here for me. The city feels a bit like a village. You constantly run into people you know on the streets, which can be a blessing, but also be a curse. After livng so many years in Berlin, I am not that curious anymore. My life here is very private. I’m definitely more of a reclusive in Berlin.

LA on the other hand is so far spread out and everyone is sitting in their cars, driving from A to B. You barely ever accidentally run into people. I really enjoy being completely anonymous there. But it also helps that the weather most year around is quite nice. And you have the city, the beach, the mountains and the desert in close proximity. Which makes me very open for adventures and I am more outgoing. And I really enjoy the diversity in LA a lot.

My life in LA is quite different to my life in Berlin. And I think you can see that in my photos. The Berlin photos are very controlled. Most of them have been taken in a studio setting, with artificial light. They are pretty introspective and more anlytic. Whereas the LA photos are more fun and outgoing. Everything circles around this really special light and the shoots are less planned. But would I chose one life over the other? One city over the other? No, I just couldn’t. Both cities give me something very special in their own way. 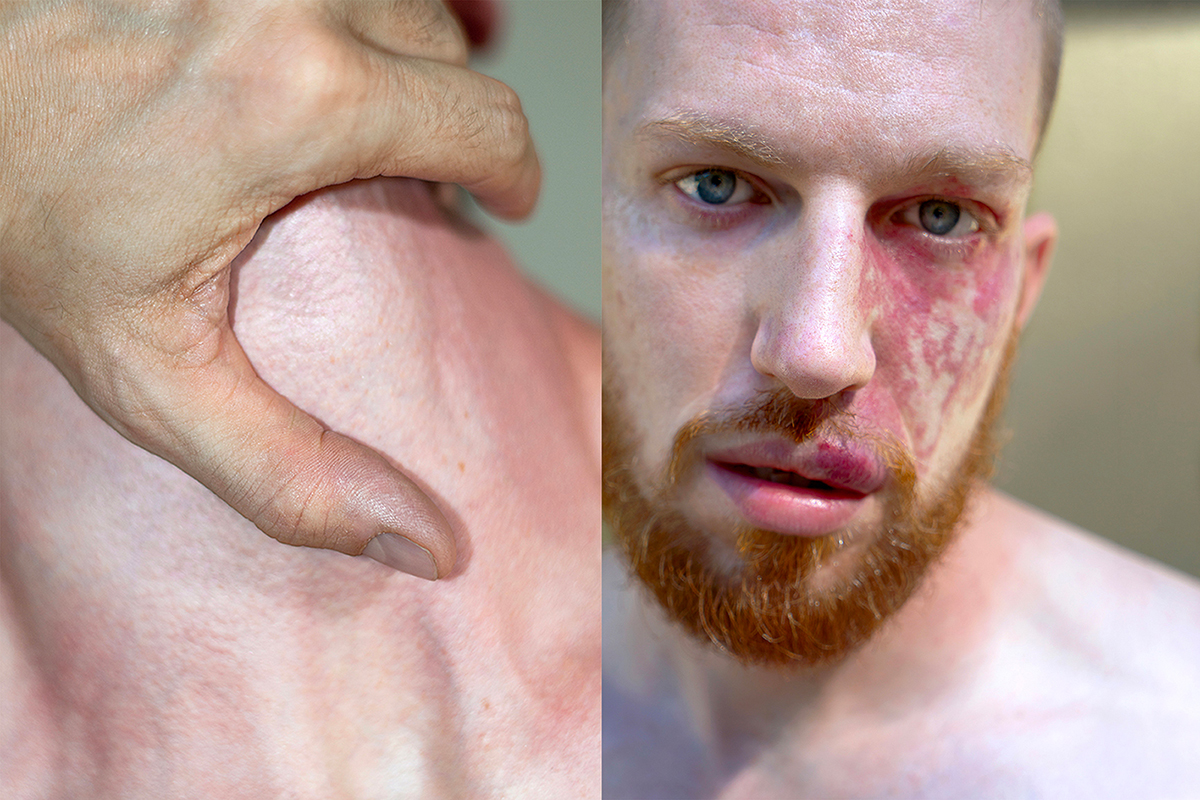 Your current book is entitled ZWEI. Why (except for the fact that I can include the title in every second question…)?

The easy answer is: it’s my second book (zwei is the german word for two). But it is also about the dialogue of two photos on a double page. And about photos from two continents and cities. And it includes two texts (by Matthias Herrmann and Ryan Linkof). My two lives in one book on 220 pages.

The pictures in your book are sexy, funny, tell a story and show beauty. How do you curate them? And is there a common thread?

My publisher Peter Schmid from Paper Affairs in Vienna approached me in 2018 with the idea to make a book about LA and Berlin. 100 pages Berlin, 100 pages LA. And even though I liked the idea of the two cities, I wasn’t convinced about the idea to separate them. So I told him that in order to make the book, I would have to come up with a non pretentious concept about how to combine them. But every single idea I had bored me to tears. It would have turned into a book, that I personally wouldn’t have wanted to buy. Shortly before cancelling the whole project I sat down and thought about what I liked about a photo book. And it was always the juxtaposition of the pages. Intentional or not, something always happens between two pages. I was in Italy at that time, and had my laptop and my digital archive with me. So I started to go through photos from the last four years, and started to move them around and pair them with each other. Photos that were not taken in order to be paired together all over sudden were complimenting or even mimicking each other. And now it wasn’t important anymore where those photos were taken. 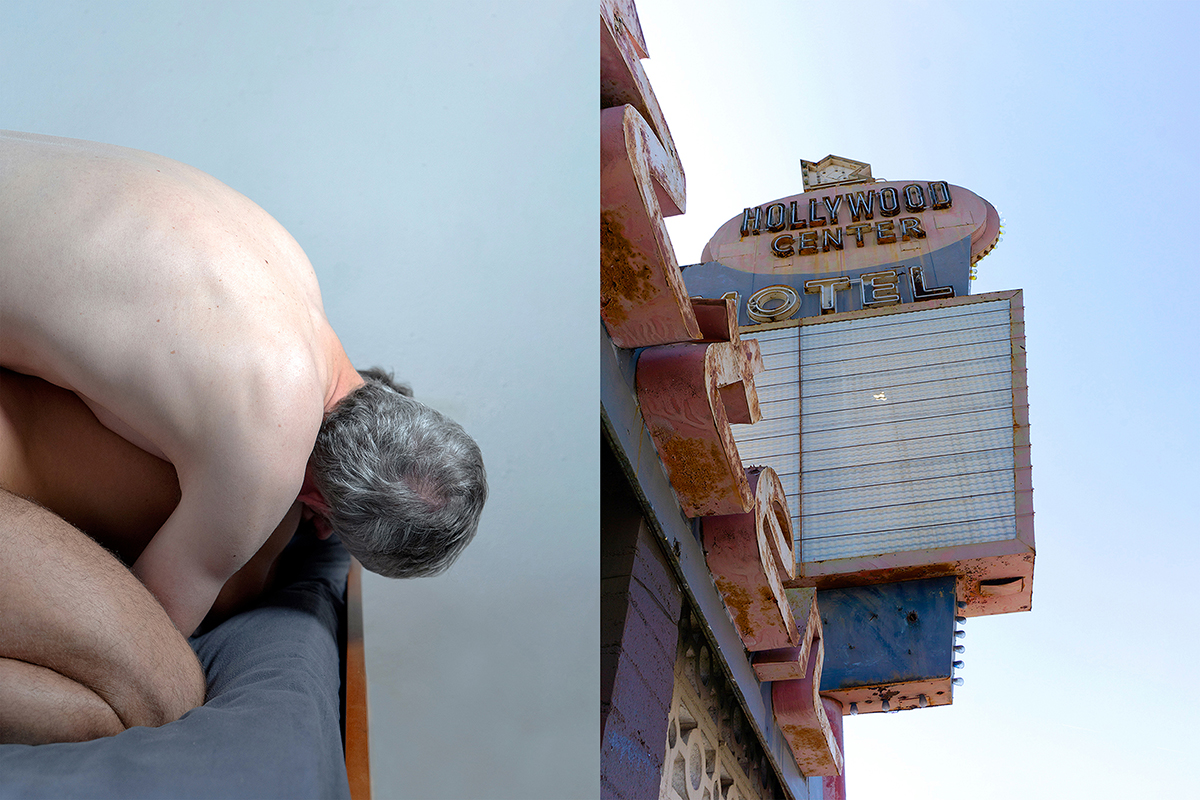 Actually it should not be a notable subject matter to show different skin colors, gender or other differences without emphasizing it. But we still have to do this because it’s simply not normal yet. So we come to the unavoidable topic: Container Love’s mission is to highlight the beauty in diversity, to change views on love and the body, and to stand up for more tolerance. Do your pictures have a message that fits into the Container Love universe?

I think we share the same mission here. I never was interested in only shoot white, cis, muscled, abled bodies. My life is not like that, and my photos always reflect to a certain degree my life. It’s still a long way to go, but luckily there are more and more people willing to stand up for those core values. And even more people are starting to appreciate it.

Do you think your pictures influence people in their judgement of their own bodies?

I don’t want to expose someone with my photos. But respectfully celebrate them and their individual beauty. If I manage to make the sitter see their own beauty and maybe fall a bit in love with themselves, then I have achieved something. And it’s very humbling to receive messages from people who are thanking me for feeling seen and represented.

Container Love has been exhibiting a lot at music and art festivals in the past years. Making differences visible and at the same time enjoying good music, good drinks and a little dance – is there anything better? Will you be with us when our Pop Up Container starts rolling through the world again after the pandemic?

I can’t wait for that! 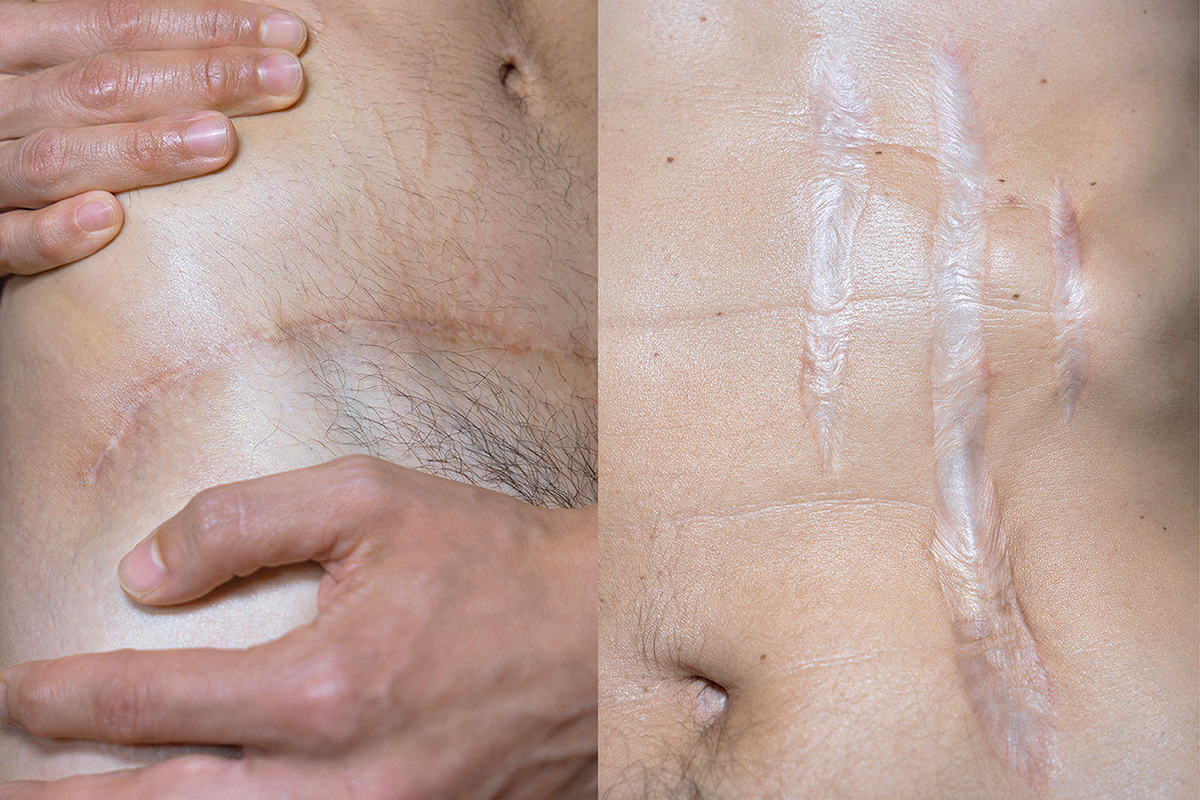 Get the book here. 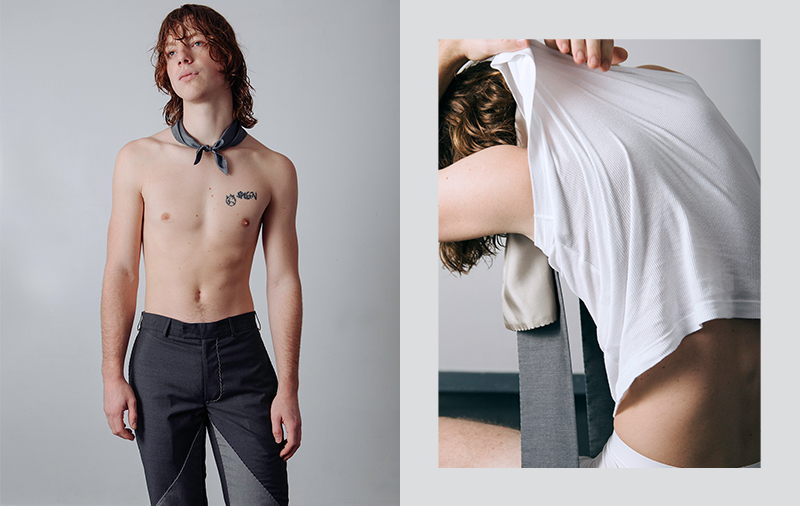 A DEPARTURE FROM THE EVERYDAY 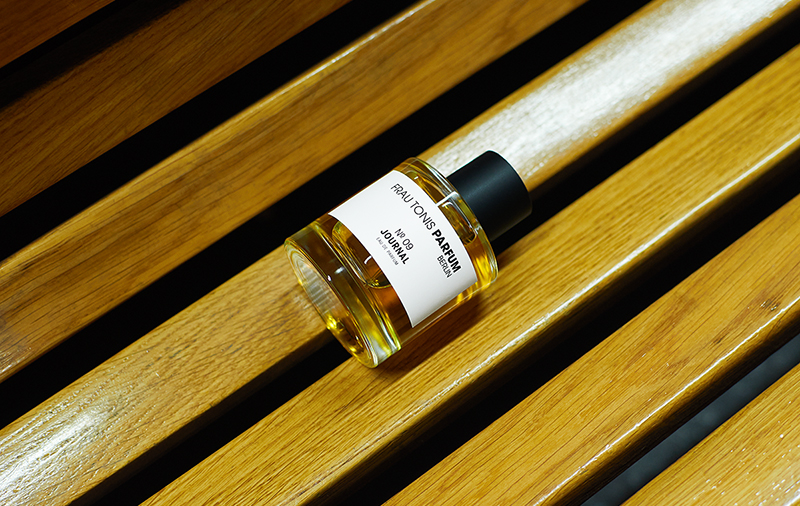 WITH GREAT ATTENTION TO DETAIL 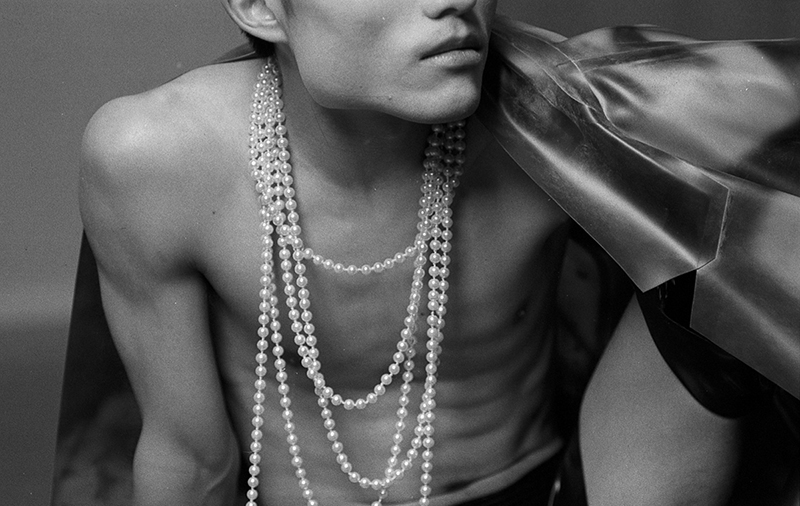 DESIGN IS NOT AN INDIVIDUAL SPORT