To see the beauty in change – Canadian non-binary photographer and visual artist Laurence Philomene set a new standard for the ultimate self-documentary. In their latest book, Puberty, we follow them through their transitioning process, exploring what living in a state of constant change can be like. We sat down with Laurence to talk about the idea behind Puberty, queer and trans people of the future and why we all should just accept that things sometimes take longer than expected.

How conscious of a decision was it using Kickstarter to fund your book?

I chose to work with my publisher, Yoffy Press about a year into the project. They are an independent publisher based in the US and I really liked the books that they had and that they let the artists be very hands on.

We did a pre-sale on the website that went so well that we decided to make a bigger edition, printing more copies than we initially planned. And that’s when the kickstarter came in. That’s a format that they’ve worked with before and since we wanted to print at least a thousand copies, it just made more sense. 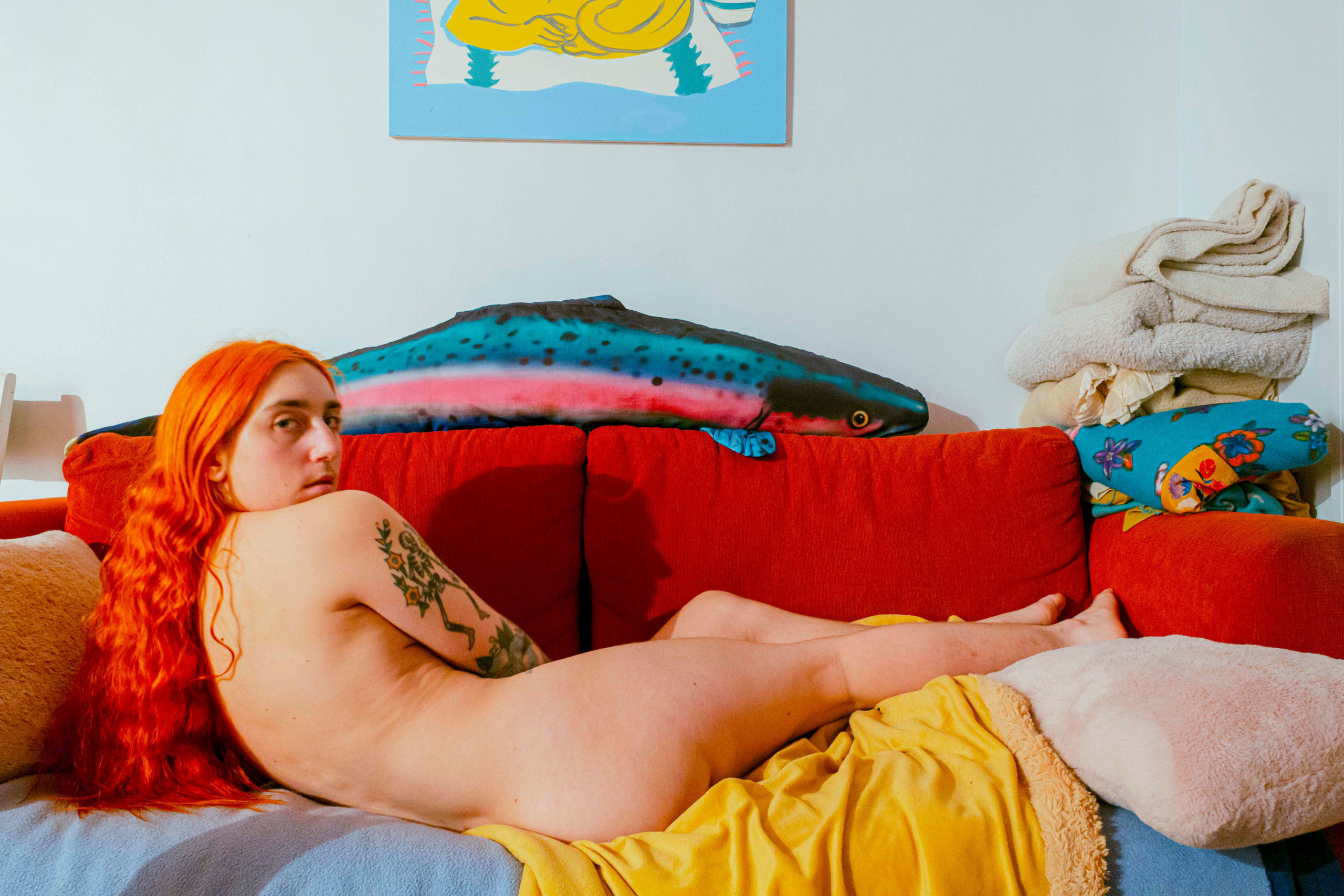 What are your experiences with getting published as a transgender person?

Honestly, my experiences have been really good. There have been a lot of interest in the work I’m doing and I’ve been really lucky to have worked with a lot of trans and queer editors. It’s very nice to see that there are more and more roles that queer people are taking in the media other than being in front of the camera.

Also, I’m very transparent with my working processes, so people know exactly what to expect from me. I became good at standing up for myself as a photographer as well as a person.

What led you to this point?

I think a lot of it is just me having to support myself as a photographer. I have to make a living so knowing the worth of my time is very important. Also, I’ve been doing work for over ten years now. I know what I’m doing and what I want to achieve with it and people can sense that. 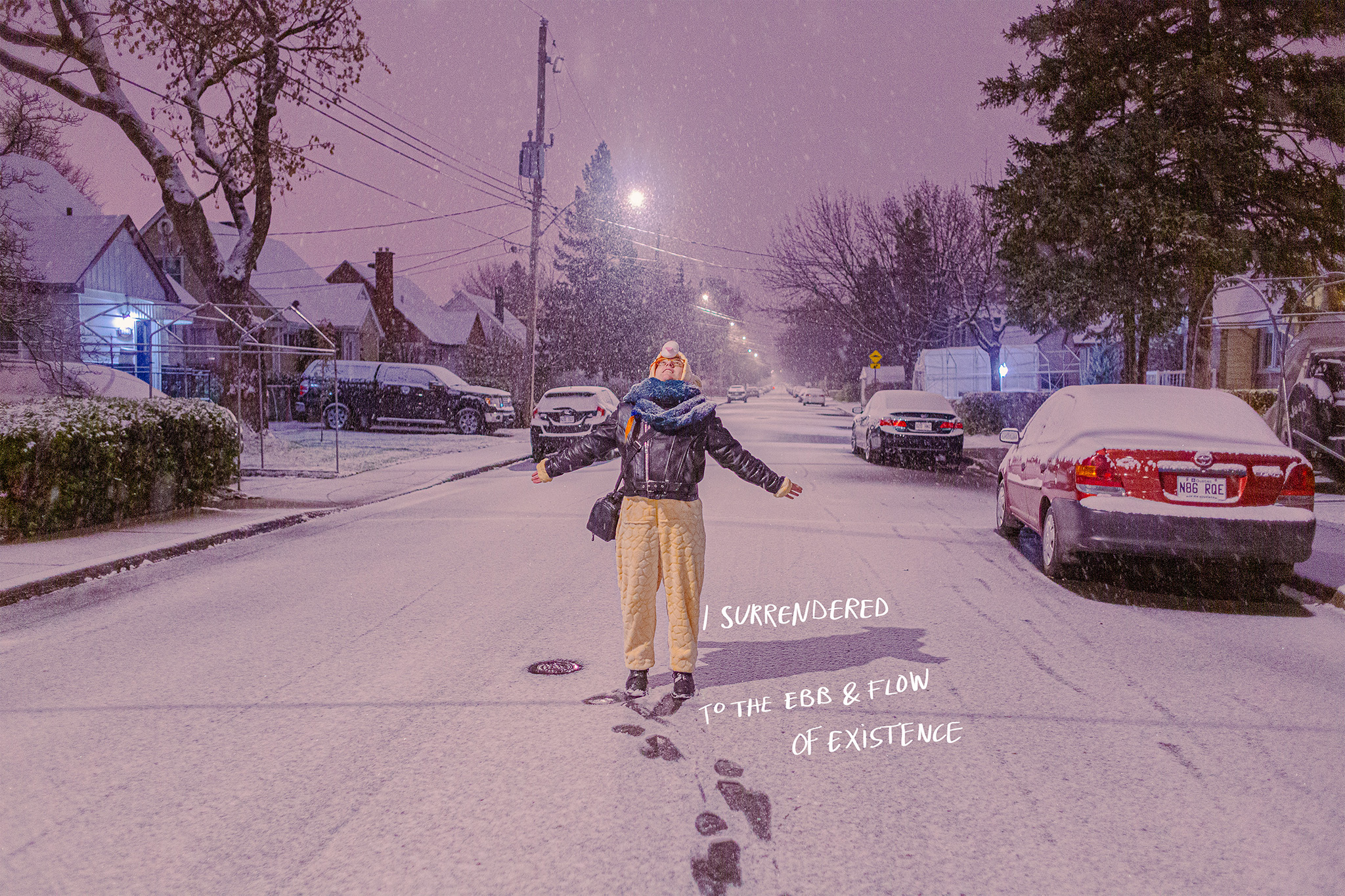 When looking back in retrospect, how did your art reflect on the changes that you were going through in your life?

I started photography from a more conceptual angle. For a long time, I was doing a lot of studio work, staging photos, but at the same time it was always important to me for the moment to feel real. I just wanted to create a setting for the moment to happen and then photograph it.

With Puberty I definitely did a very conscious shift towards a more documentary approach. With only a few months into the project I wasn’t certain if I liked those images, let alone if they were any good, because they were just so different from the studio work that I used to do.

After I started sharing them, people were responding to them very positively, which really encouraged me to keep pushing forward. The whole project turned out to be some sort of a memoir, a self-documentary.

How do you see the way that led to your testosterone therapy?

When I started exploring photography, I was a teenager. It was around 2010 when I spent a lot of time on Tumblr, discovering and learning a lot about queer identity and queer history. I went to college and I came out as queer myself. I was surrounded by more queer people, more trans people. Around 2012, I began to work around queer identity, using photography as a space to play with femininity, masculinity and examining gender in general.

In 2016, I came out as non binary. My best friend started testosterone and about a year after  I started to feel like this is something that I’d consider for myself as well.

There were a lot of medical reasons behind my decision. Having my period was really hard for me and I had a lot of medical problems as a child. I thought this could be a solution to help with all these and it did help. I started testosterone in 2018. Six months into the therapy, I began to work on the photos that went on becoming Puberty. 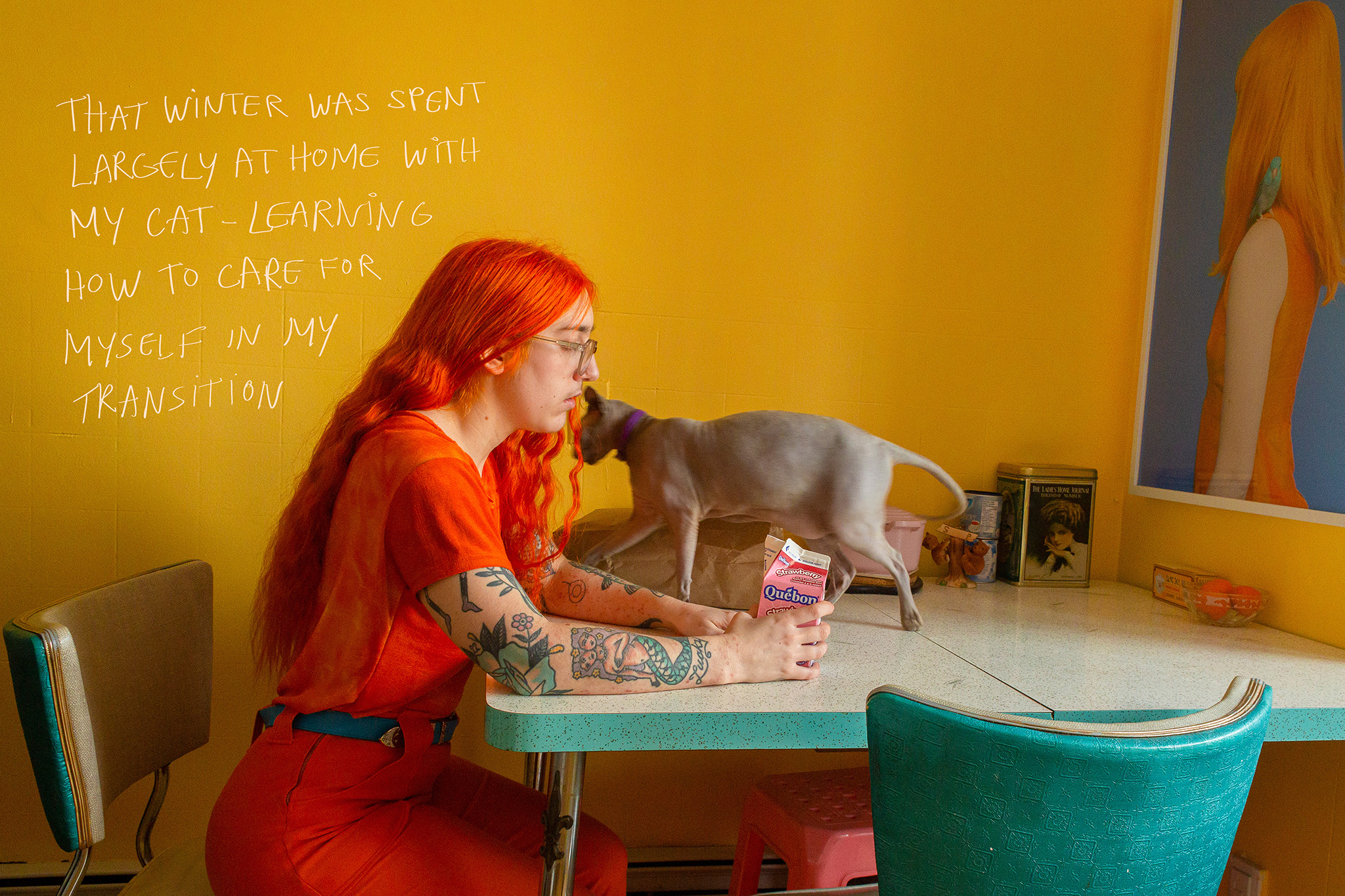 Can you think of a specific moment in which the idea of Puberty was born?

I think it was around the three-months-mark. I was taking self portraits every day, when I felt, okay, this is becoming a body of work. That’s when I first thought about how the project could look as a book.

While others are looking at it as an unwanted necessity, you almost embrace the process of transformation. Why?

In the book, I look at how my body is changing but even more so, I look at the passage of time, and that’s something I’ve always been fascinated with in photography. Documenting the same things, the same people over long periods of time. I believe that a lot of things get better with age.

Maybe it’s just my own perspective and better experiences that helped me to content with change and to see the beauty in it. 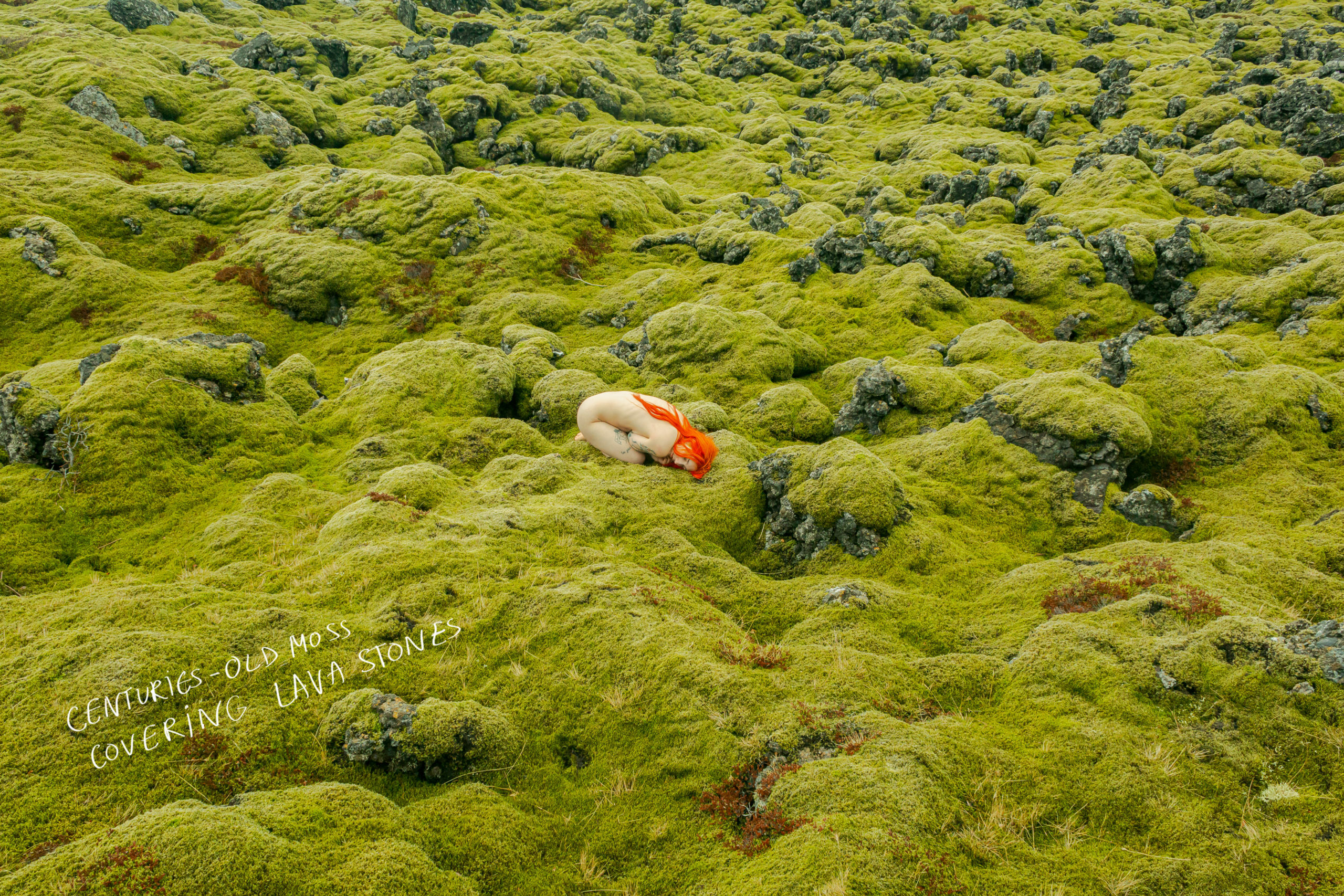 A good deal of the pictures in the book were taken during the pandemic. How did lockdowns affect the way you saw yourself and the world around you?

I was already a little over a year into the project when the pandemic hit. Suddenly there was another layer to it. It wasn’t just about my story or my personal transition anymore, it was about something that everyone globally was going through.

Aside from my photography career, emotionally it was a really tough period, obviously. And I talk about it in the book. 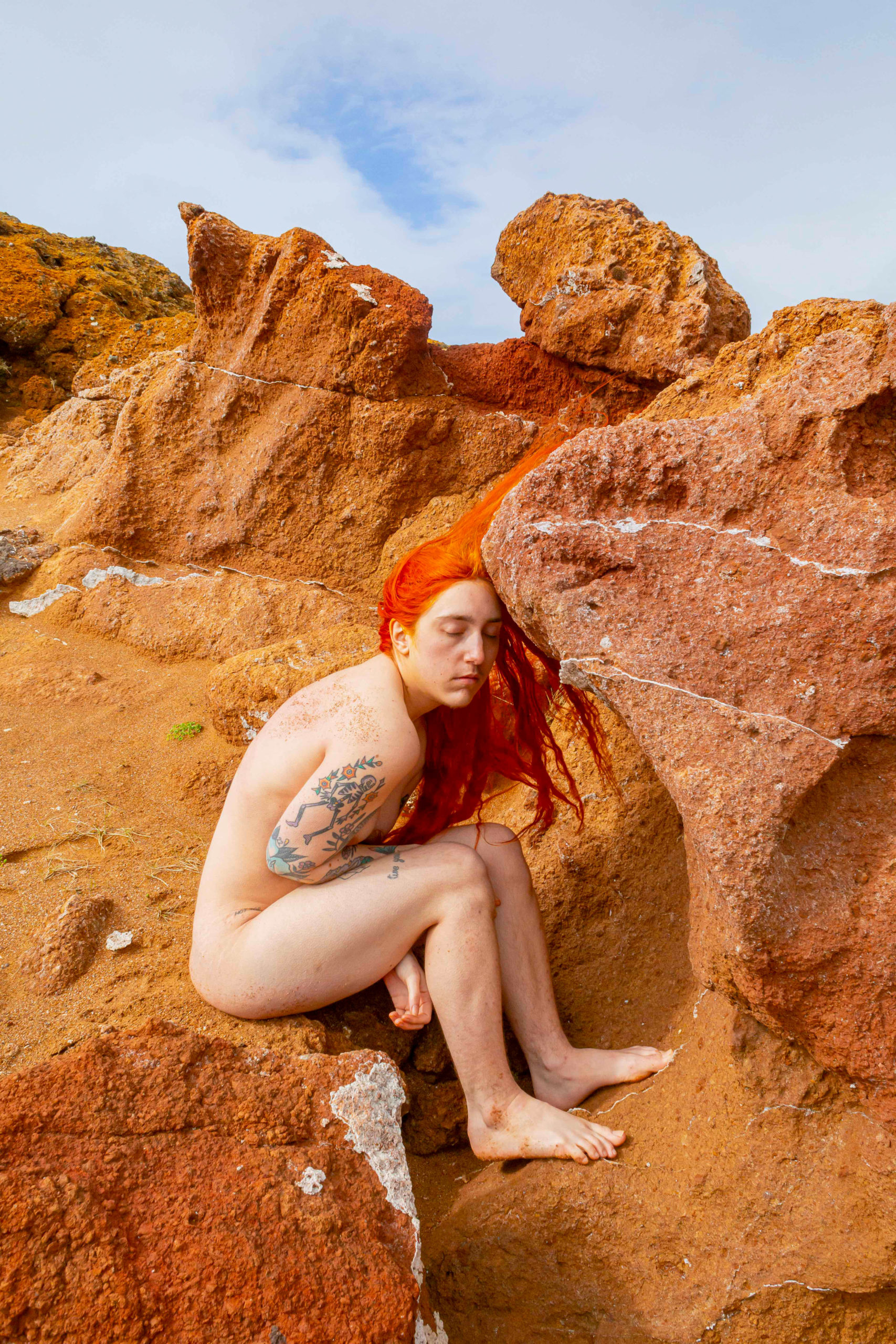 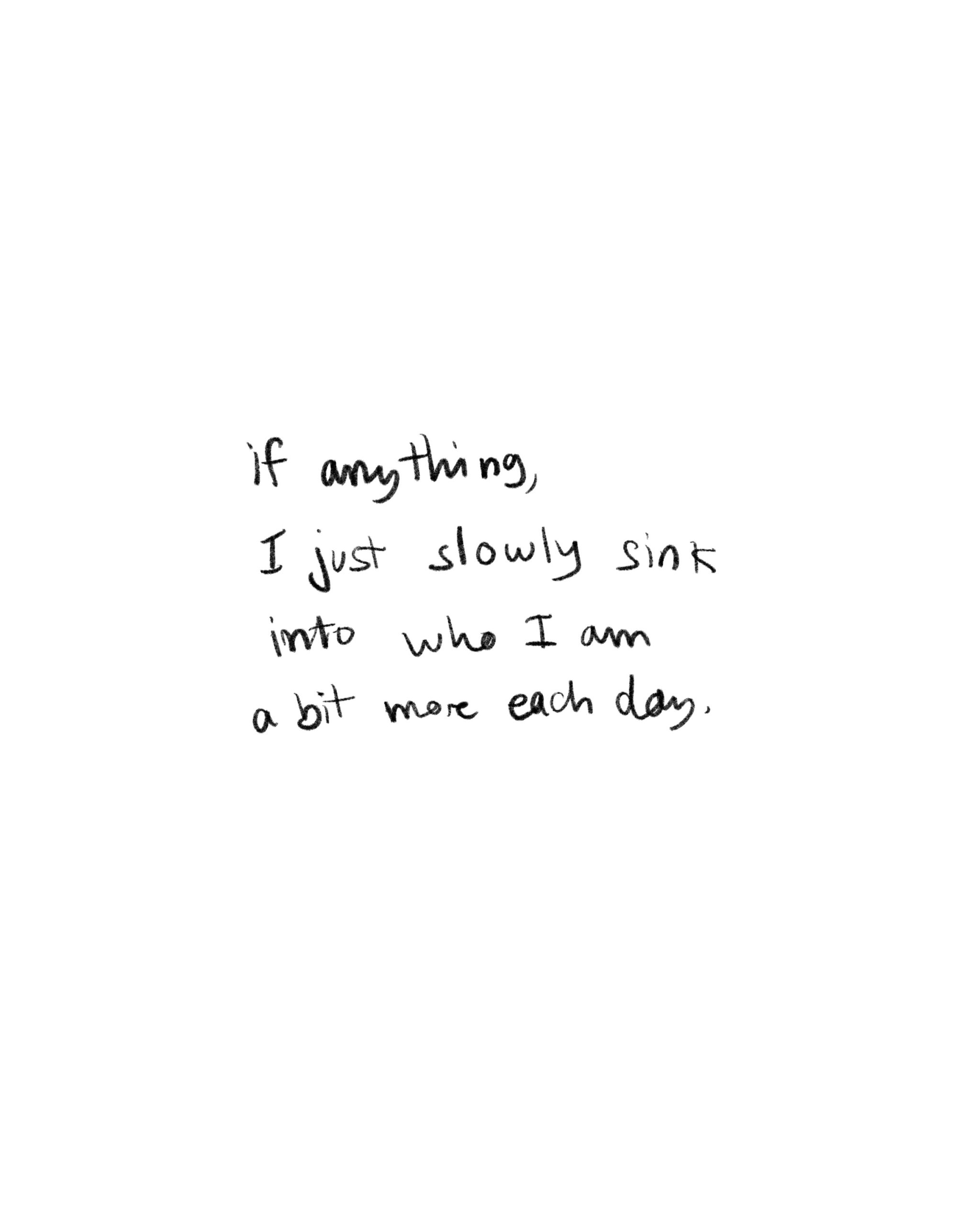 What was the biggest challenge in selecting images, editing material for this book?

It took a lot longer than I wanted. In the beginning I was editing the photos on the day I took them and sharing them with friends.  I was getting quick feedback on what I was making and that was really helpful. But after a few months I didn’t have the energy to do that anymore.

What I did instead was to look back at the images later on. I put on some music and went through the photos to see which ones I resonate with. I got down to a selection of images, printed them out and laid them out on the ground.

First it was a bit overwhelming, but once I knew that I wanted them to be chronological, it was easier to figure out what images I was looking for. I wanted to make sure I have a mixture of portraits, images of my loved ones and pictures of nature changing around me. In the book, each chapter represents a season.

So I laid these photos out in order and then added captions to all of them. It took me almost a year. 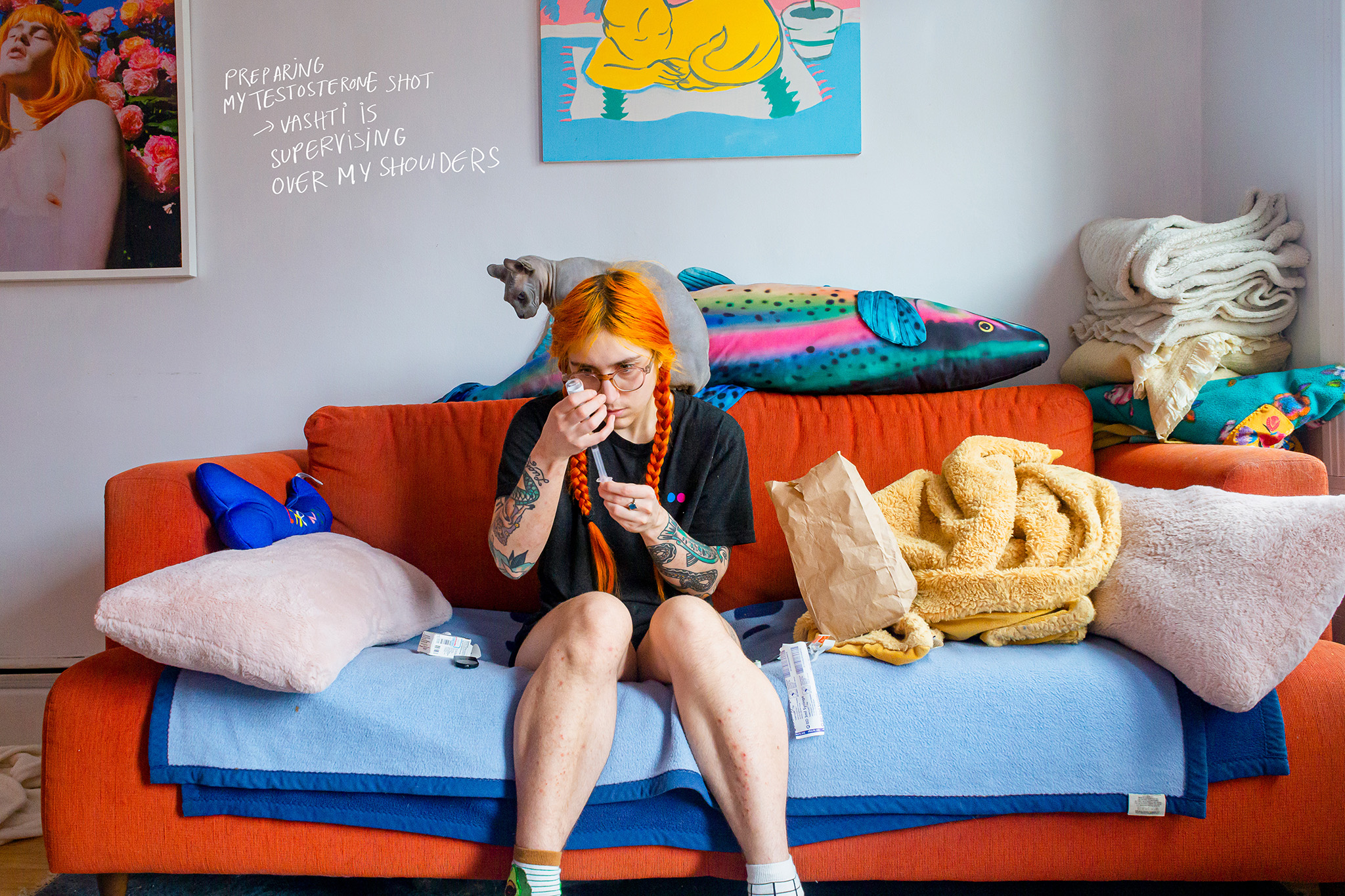 You’ve got a history in portraying intimacy. Did you ever have any doubts about giving people such direct access to one of the key chapters of your life?

Yes, I definitely did. And this is why the project didn’t really start until I was six months into my transition. First, I really wanted it to be something that is for myself. Then I wanted to talk about it with my parents before I’d talk about it publicly. It did take a long time.

I have so many people reaching out to me telling me how helpful these images were for them that I don’t have any doubts anymore.

What is the single most important thing that you’ve learned while working on Puberty?

Just that things sometimes take longer than expected. I think I appreciate this slowness more now. 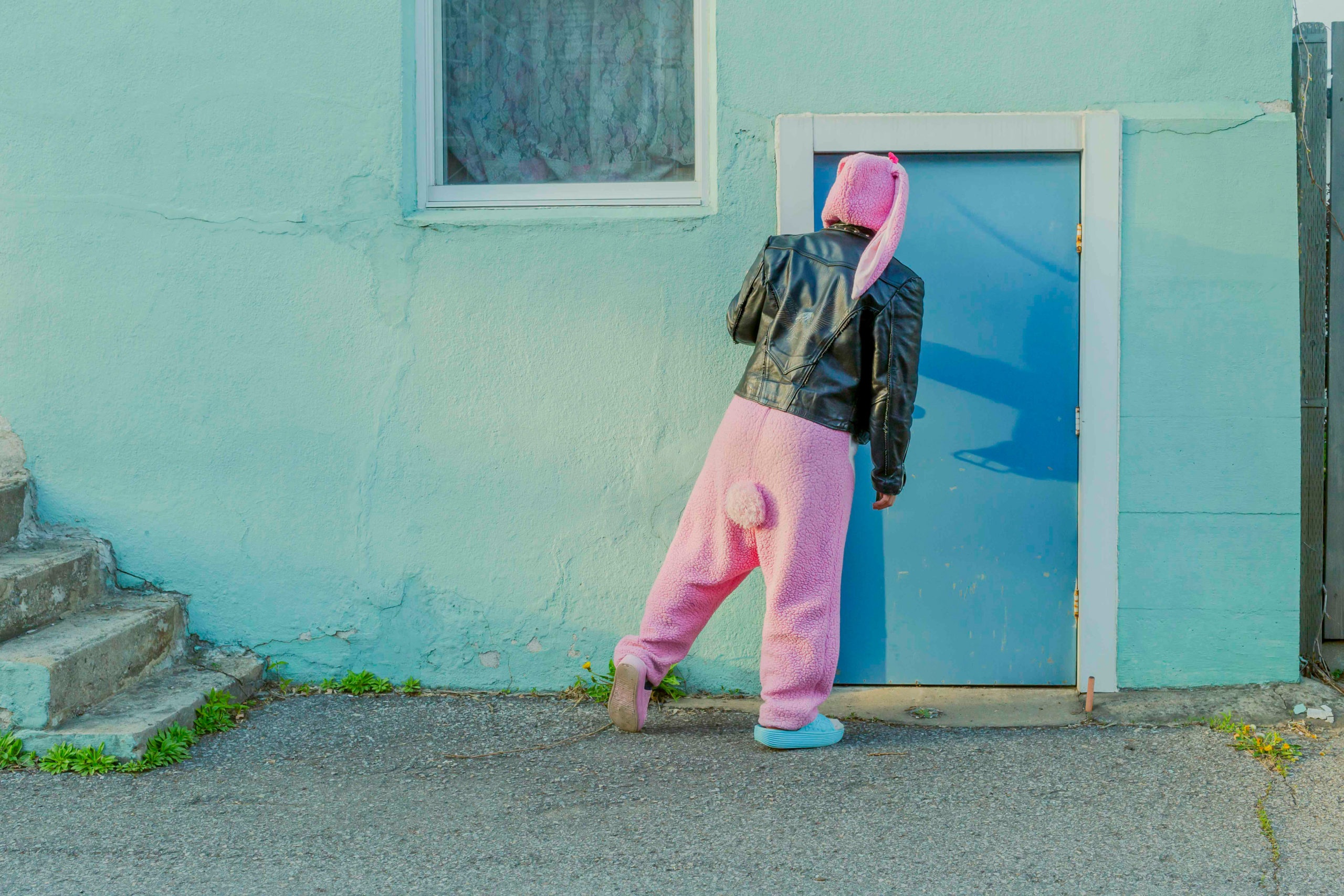 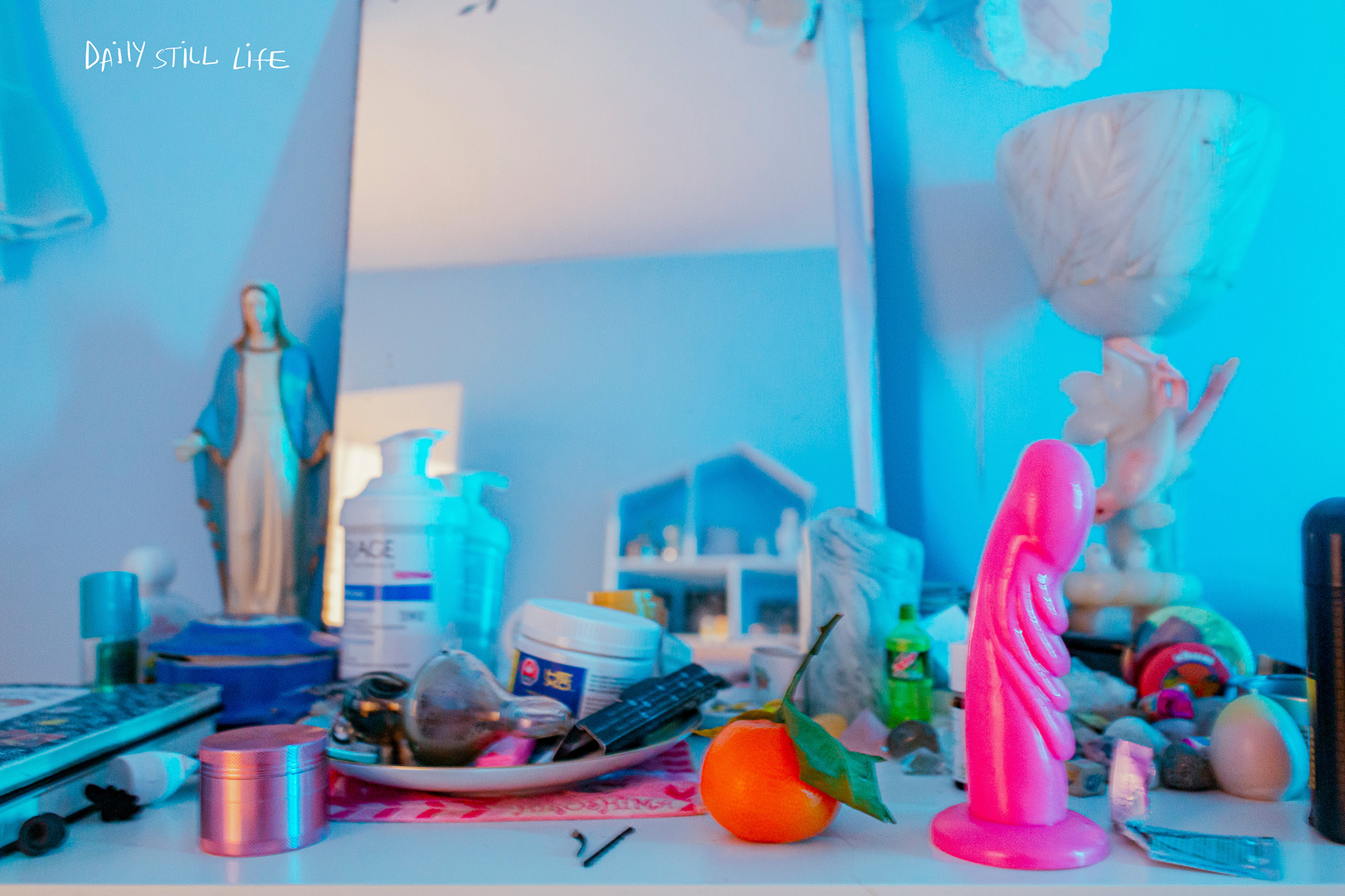 In another interview you told the New Yorker “I want (the book) to be a historical artifact. I’m looking at it from the perspective of someone finding this book ten years from now, fifty or a hundred years from now.” How do you wish people in the future to look at you and your work?

My hope is that people will keep finding things in the book that they can relate to or can be hopeful about. 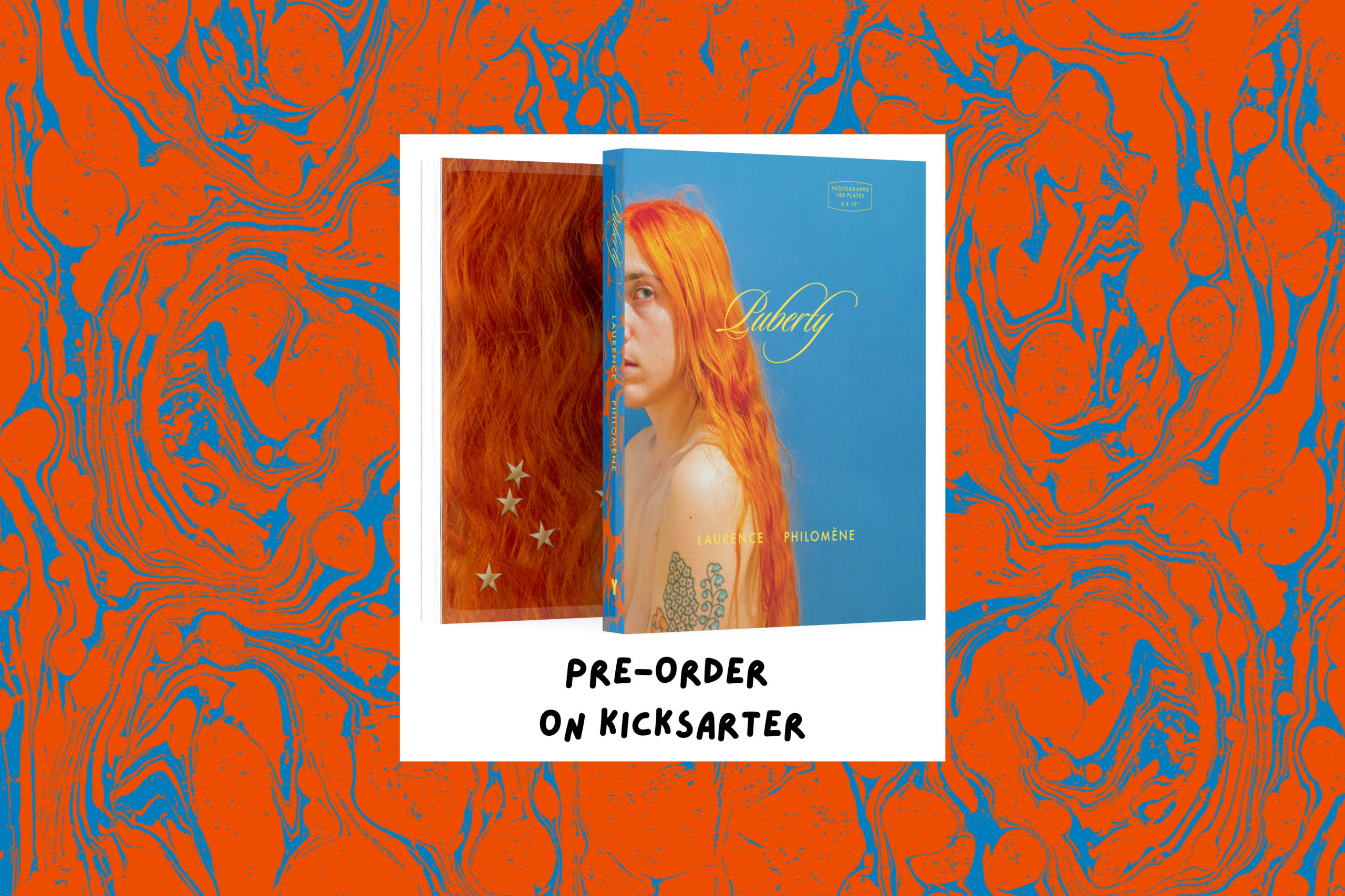 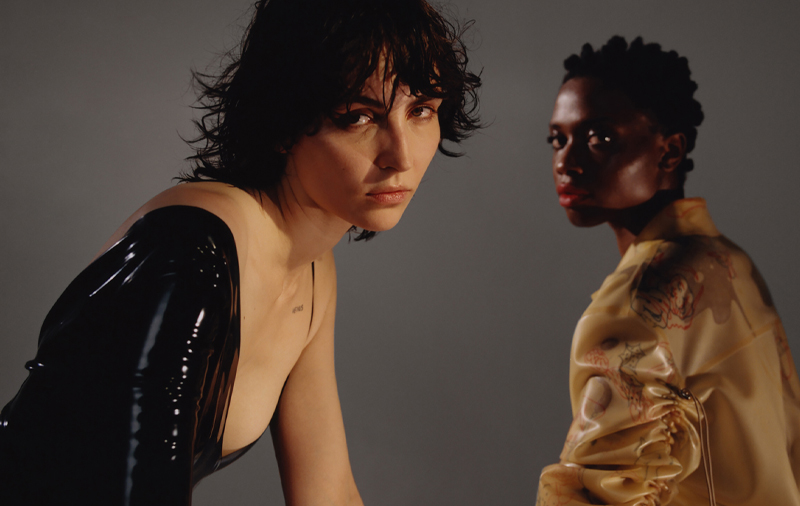 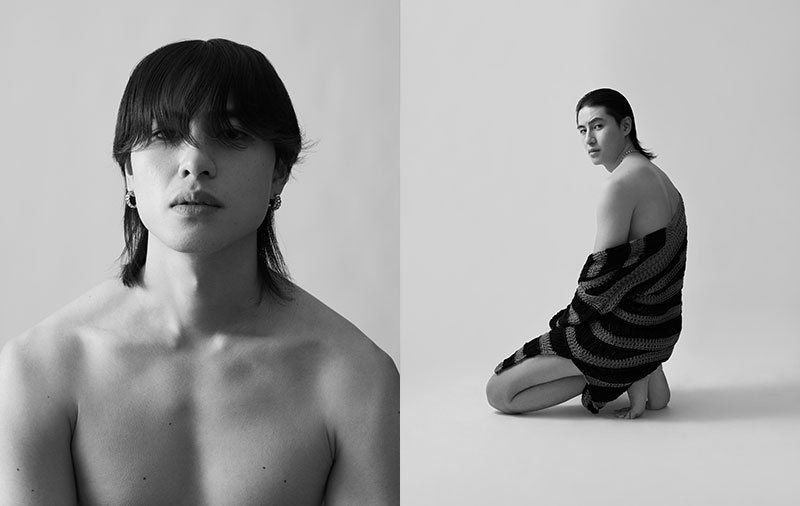 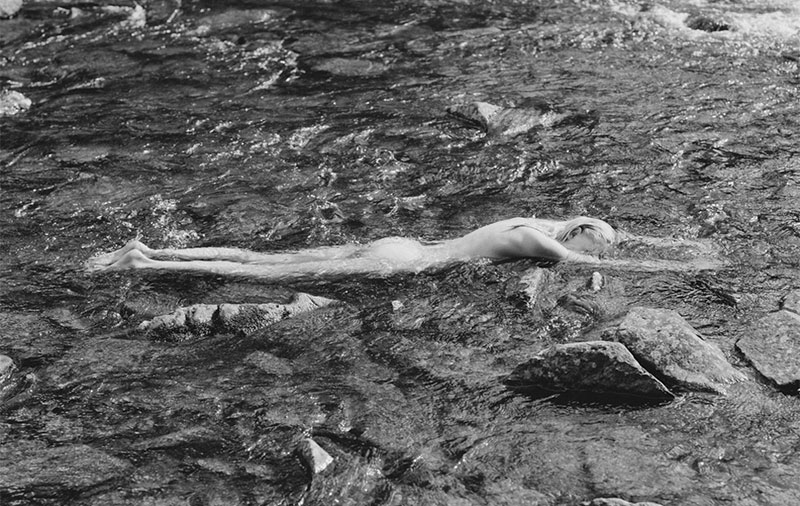 THE SEASON OF LIGHT